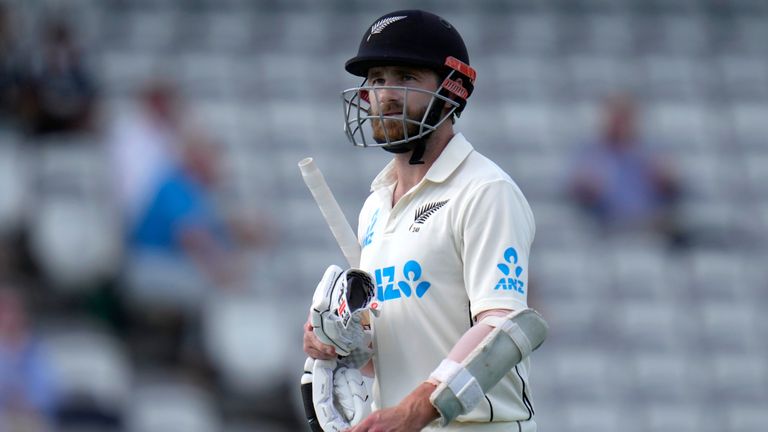 New Zealand captain Kane Williamson and wicketkeeper BJ Watling have been cleared to play in the inaugural World Test Championship final against India in Southampton.

The pair sat out the Black Caps’ eight-wicket victory against England at Edgbaston because of injury, as New Zealand secured a 1-0 series win.

Ajaz Patel will retain his place as the specialist spinner in the 15-man squad for the final, which starts on Friday, having taken four wickets in Birmingham.

However, Doug Bracewell, Jacob Duffy, Daryl Mitchell, Rachin Ravindra and Mitchell Santner will miss out on a spot in the squad, after being part of the original 20-player touring party.

“There’s had to be some tough calls with Mitchell (Santner) and Daryl (Mitchell) victims of the fierce competition we currently have for places in the Test side,” New Zealand coach Gary Stead said in a team release on Tuesday.

“We’ve gone with Ajaz (Patel) as our specialist spinner after an impressive outing at Edgbaston and we believe he could be a factor at the Ageas Bowl.

“Kane (Williamson) and BJ (Watling) have certainly benefited from their week of rest and rehabilitation, and we expect them to be fit and available for the final.” All-rounder Colin de Grandhomme keeps his place, while Will Young provides specialist batting cover and Tom Blundell will be the reserve wicketkeeper.