England’s return to international netball ended in defeat as the Roses’ much-anticipated three-test series in New Zealand began with a 58-45 defeat to the Silver Ferns.

In preparation for their first game since a three-Test series against South Africa in November and December, England have spent the last two weeks in quarantine and without head coach Jess Thirlby, who tested positive for coronavirus.

As the national anthems played out, the pride was obvious for both teams on a big moment for netball, but when the action got underway, it was the world champions who showcased their skills with a dominant display that saw them win every quarter.

England have been without netball since March and with Jo Harten, Helen Housby, Stacy Francis, Chelsea Pitman and Nat Haythornthwaite with the Suncorp, it was perhaps no surprise to see some rust early on and tiredness in the final minutes.

The Superleague has been forced to look on as Australia and New Zealand netball has found a way for the Suncorp and ANZ seasons to take place and in the end that and a vastly more experienced Silver Ferns teams proved to be the difference. 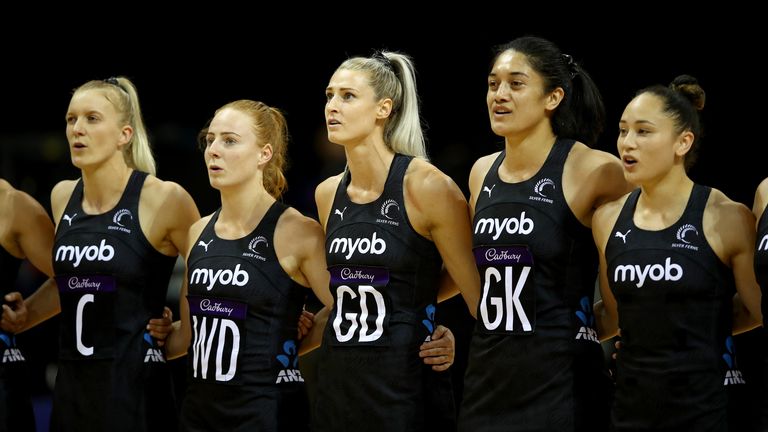 England handed Kadeen Corbin the shooters bib, with Ellie Cardwell in support. With 274 caps between them captain Serena Guthrie and Jade Clarke offered the experience for a new look Roses team.

Without their World Cup winning captain Laura Langman, New Zealand gave Shannon Saunders the centre bib and had Sulu Fitzparick starting at goalkeeper, with Sam Winders getting the nod at wing defence

New Zealand, whose players only finished their domestic season in August, and came into the game on the back of a mini-tournament against the New Zealand men’s team and the Silver Ferns A-team hit their stride quickly.

An early four-goal advantage became seven, but to England’s credit, with Fran Williams and captain Serena Guthrie excelling in the defensive end, England ended the quarter trailing by five, getting stronger and finding a rhythm as the game went on.

Kat Ratnapala, in charge of the team on-site in Thirlby’s absence, responded with changes. Sophie Drakeford-Lewis came on for Kadeen Corbin with Cardwell taking the shooter’s bib and the Roses immediately got into a groove in attack, keeping pace with the Silver Ferns.

Vicki Oyesola replaced Jade Clarke as England attempted to stop the feed into the relentless Maia Wilson, and while the defence were able to keep Ameliranne Ekenasio quiet, Wilson was near perfect, hitting 19 of her 20 shots to help New Zealand into a 32-24 half-time lead. 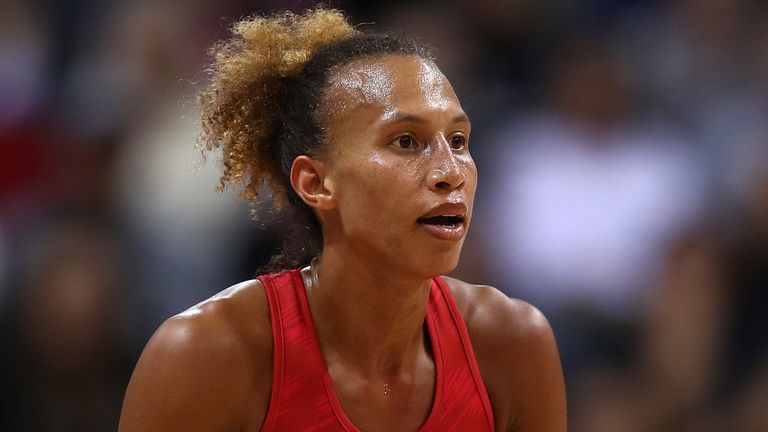 It could have been worse for England but they finished the half strongly and responded with more changes. Gabriella Marshall on at centre and George Fisher, set to move to New Zealand franchise Southern Steel next year, the latest player to take the shooter’s bib.

Defensively, the Roses continued to impress, forcing a couple of early turnovers with goalkeeper Razia Quashie adding to her blossoming reputation but New Zealand are world champions for a reason.

The Ferns’ own replacements bench was playing its part, none more so than the brilliant Karin Berger who stemmed the first flicker of a Roses comeback.

Fisher was near-perfect to maximise turnover ball as England drew to within six and looked good value to make it five only for a stunning Jane Watson interception to win the ball back and had New Zealand the initiative.

The lead extended to 11 by the end of the third quarter, and while England refused to give up they were powerless to stop the Silver Ferns claiming the first test. 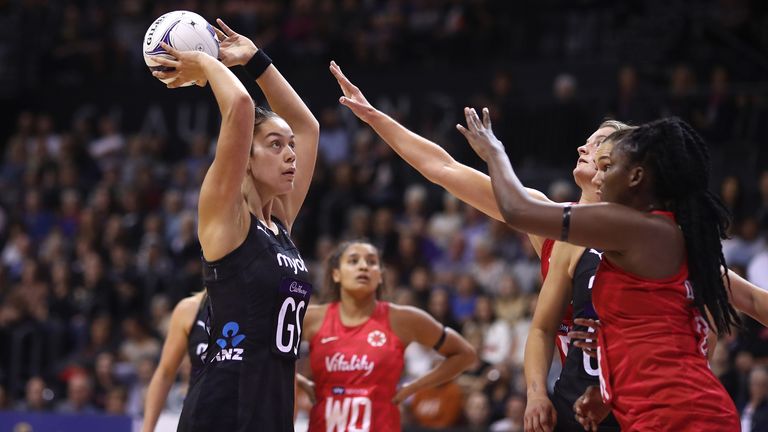 Neither team have any further fixtures in the calendar and while there remains hope of games to come, for now two more matches in the coming days is all the international netball fans have to look forward to.

Hamilton will play host to each of the next two Tests as the teams contest the Tanni Jamieson Trophy. They return to action on Friday for the Second Test with the concluding action on Sunday morning.

Live netball continues on Sky Sports with the Vitality Roses taking on the Silver Ferns in the Second Test on Friday in Hamilton. Join us from 6am on Sky Sports Main Event and Mix.