NATHANIEL WOOD is back on UFC Fight Island – for the second time this year.

The Londoner travelled to Abu Dhabi in July and beat John Castaneda on points. 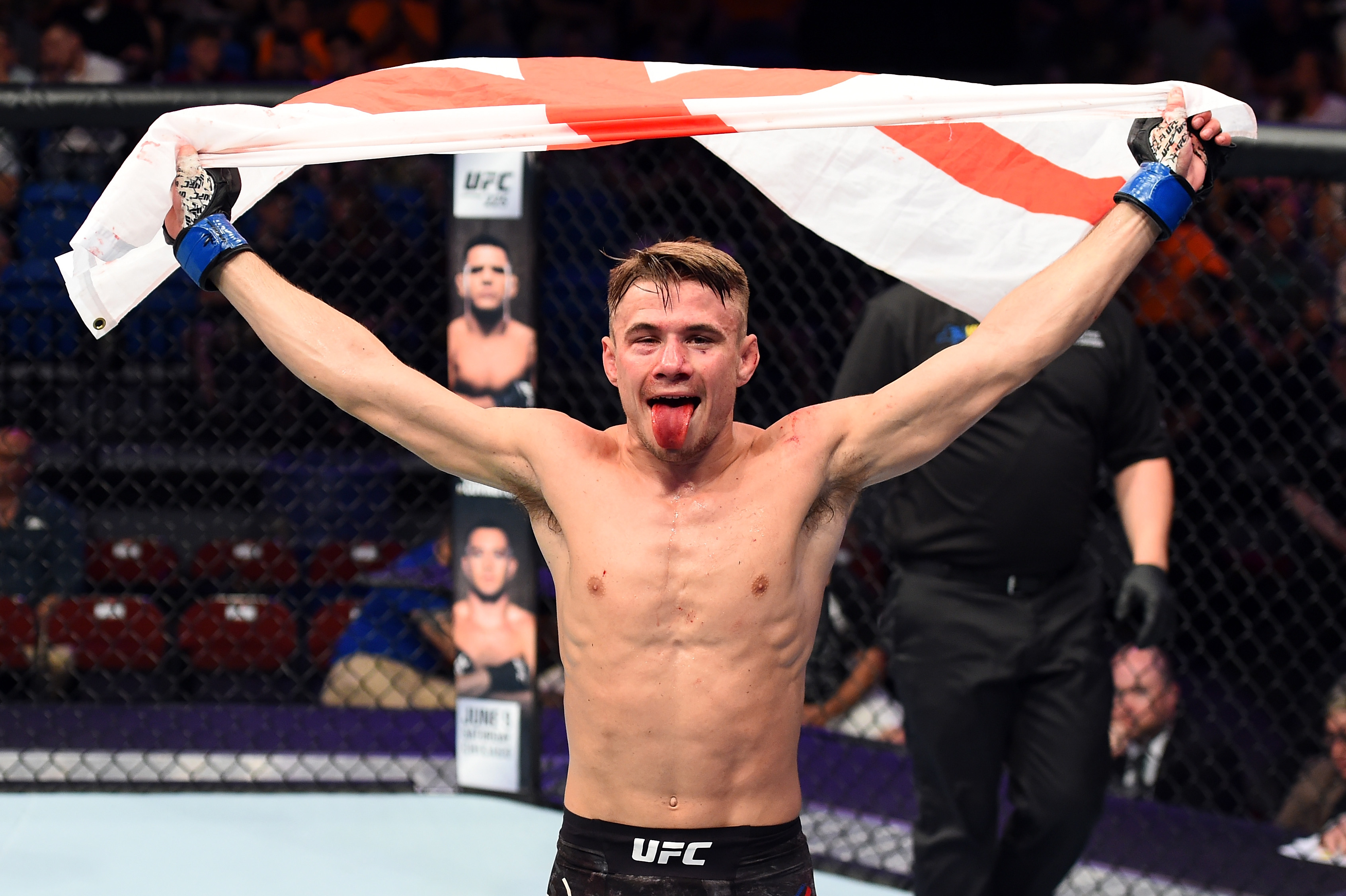 It was the bantamweight's first fight since a loss in February to John Dodson.

The super-active 27-year-old faces American Casey Kenney at UFC 254 – as he bids to elevate himself in the title picture.

SunSport caught up with the promising Brit, who hails from Morden, to discuss what and who could be in his future.

SunSport: This will be your third fight in what has been an unpredictable year, how important is it to be so active in the octagon?

Nathaniel Wood: Obviously I'm just blessed to be able to be in my third fight this year.

Considering the pandemic that's going on, I know there's a lot of guys struggling to get fights and being a fighter we need to fight to get paid, so the fact I'm doing it for the third time feels really good.

What have you learned about yourself since losing for the first time in the UFC?

NW: On that fight I knew I had to calm it down a bit.

I'm always eager to get the finish and, don't get me wrong, I've always put on exciting fights because of that – but I need to sometimes play it smarter and not rush so much.

The Dodson fight taught me that. In that third round I tried to finish him as quick as I could and sometimes chasing the knockout you can get caught yourself.

Even though I was still in that fight, I had more to go and I'm gutted the ref stopped it.

But I've come away, I've learned from it and I don't take it as a loss if I learn. 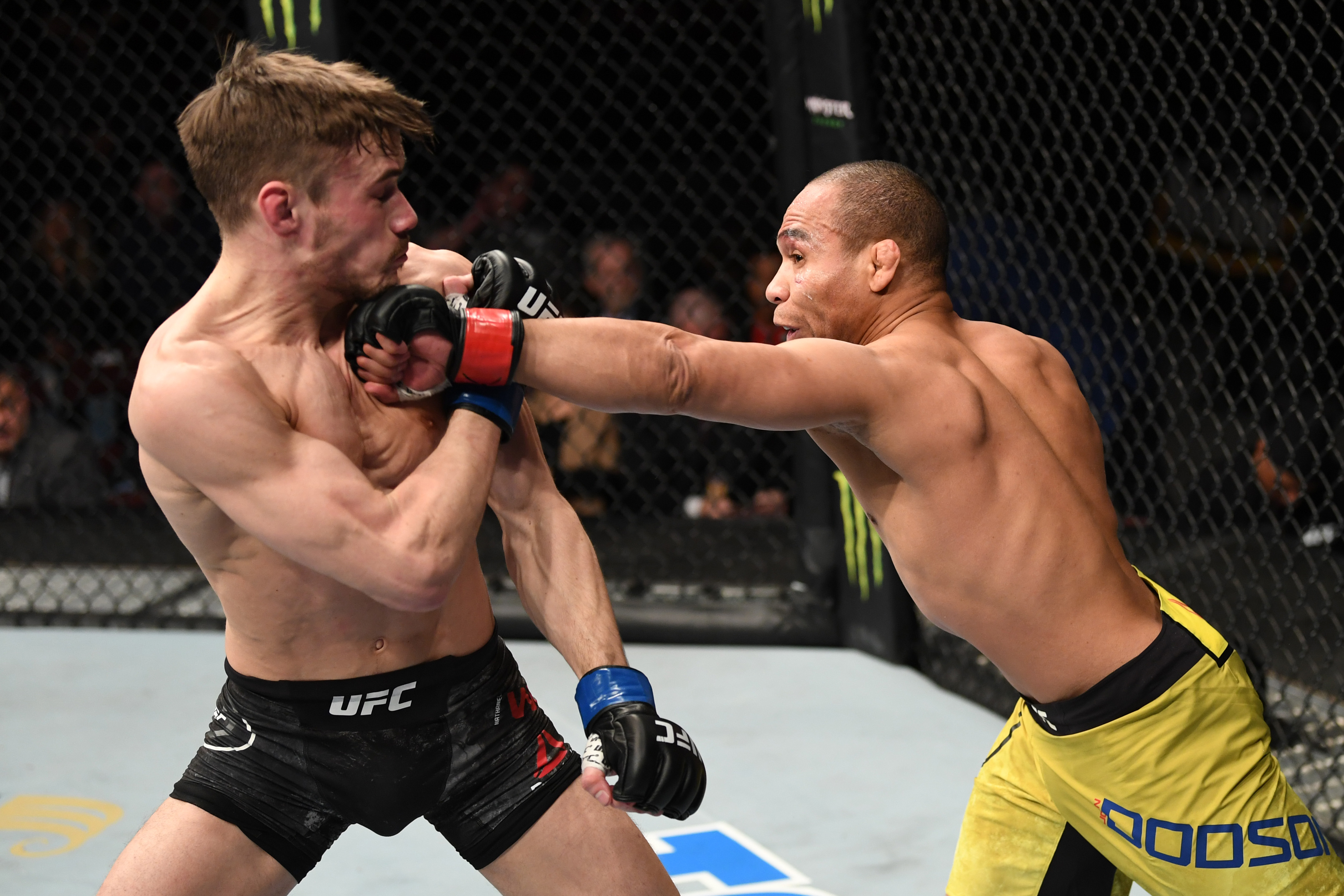 Is that the sort of lesson you can only learn after defeat?

NW: It's a harsh pill to swallow but you learn the hard way.

For example if someone was to say to me, 'You need to ease back a bit because you risk getting caught', you'd think 'Ah, whatever'.

But now that it's actually happened, I can come away and think maybe I do need to be more selective with my shots and be a little bit more patient than I have been, and that's exactly what I have been doing.

I feel like I've come out a better fighter now. 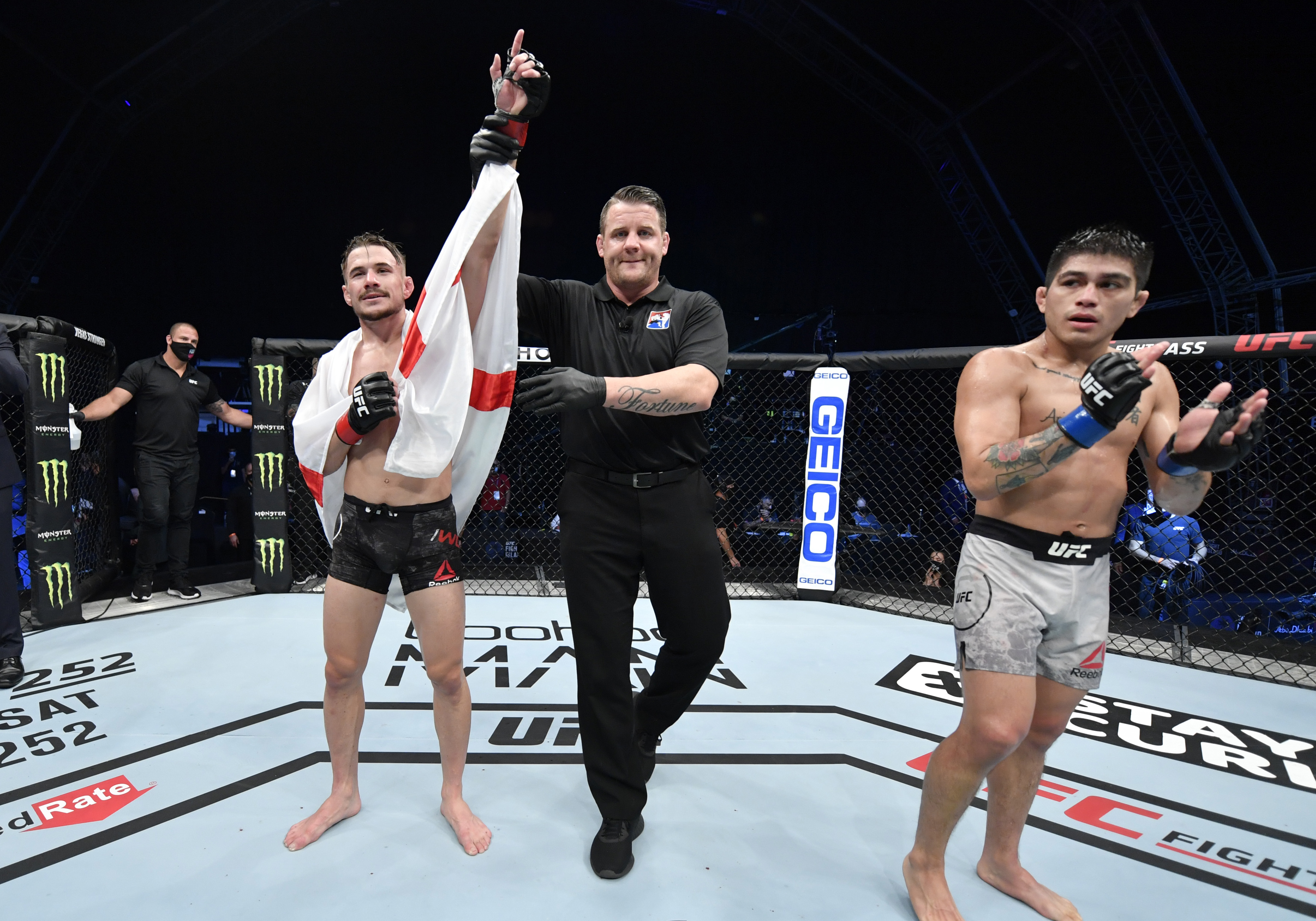 Have you got a plan in your head for after UFC 254?

NW: I just want to get Casey Kenney out of the way first, and then whoever the UFC want me to go against that can get me closer to the title.

I never turn anyone down obviously, but I'll see what the UFC want from me. But I'd definitely want to fight the guys ranked above me.

It's hard to say because I don't know who my next opponents are going to be.

If after the fight the UFC said you're going to fight someone like Marlon Moraes or Pedro Munhoz… beat someone like that and it's going to put you straight up there.

But, if they give me someone who is ranked, I don't know, outside the top 15, then I can't see myself pushing up the ladder very much.

I'll have to see what's happening in the division, because it's a stacked division and we've all got to get in line, but I'd like to get as close to that goal as possible.

So, the highest guy the UFC can give me next, amazing.

@one_punch tried to kill me on some power rounds at the end of today’s pad work. 💧

How important is it to fight well-named and experienced opponents at this stage in your career?

NW: The higher ranked guy I beat, the better it will look for me and the more serious people are going to take me.

But, what people don't realise is MMA is very 50/50 sometimes, especially in this division. In the top 15 everyone is just as good as everyone else.

It's just making sure you turn up with your A-game on the day and don't make mistakes – like I did against John Dodson.

But is John Dodson a better fighter than me? No, I don't believe so, I believe if it was on any other day I can get that win.

It was just his night that night – and fair play to him – but that's not to say it would happen tomorrow. 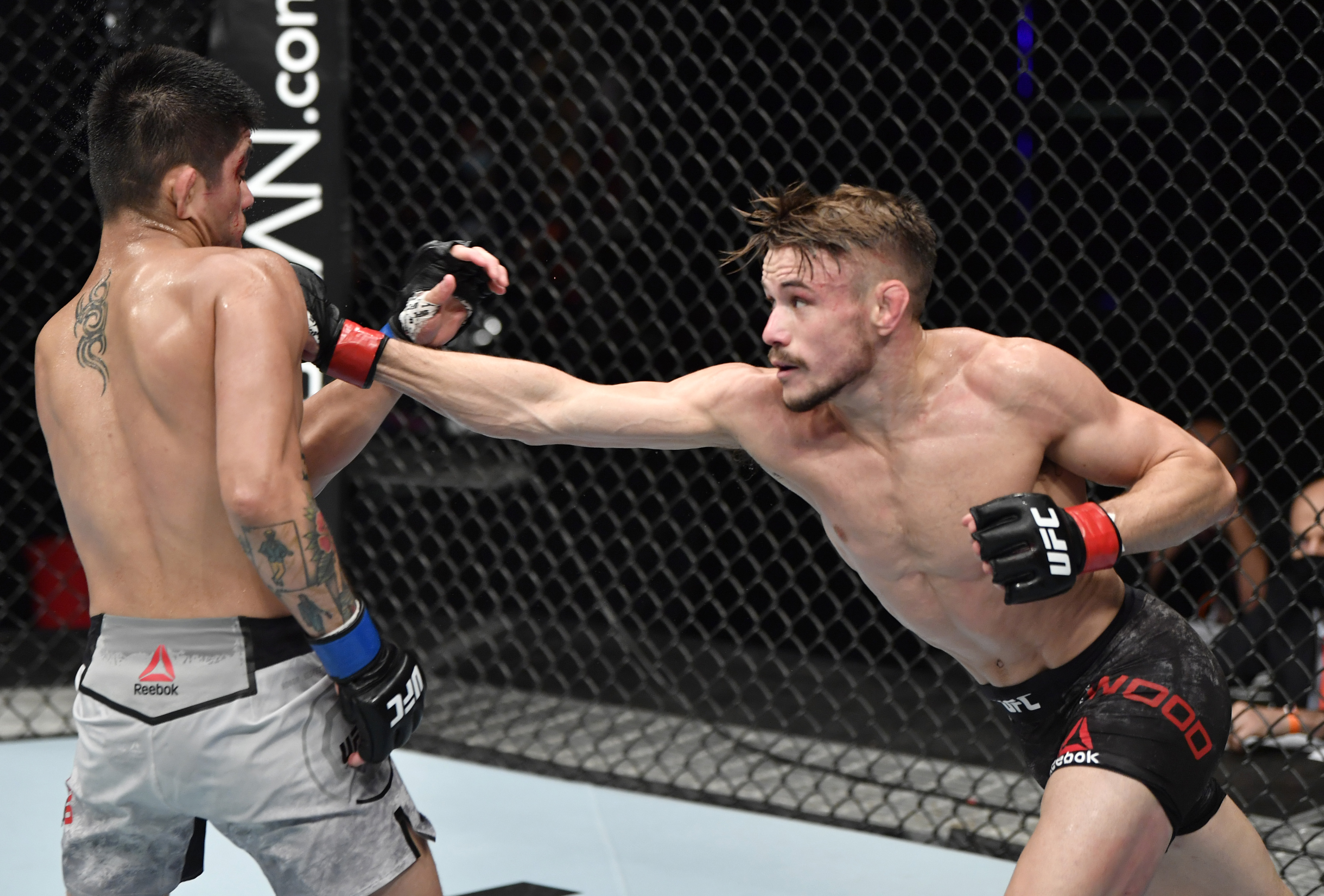 TJ Dillashaw looks set to return after a two-year doping suspension – is that a fight you'd be interested in?

NW: To be honest, he's kind of gone off my radar. He's been gone for so long.

I'm not exactly sitting here and thinking about him. But it will be interesting to see what happens, who they put him up against and would he be in for an instant title shot or anything like that.

I definitely don't think he's going to be the fighter he was two years ago now he's not taking his special supplements.

It's a fight I'd 100 per cent take, but we'll see what the UFC come up with after this fight on Saturday. 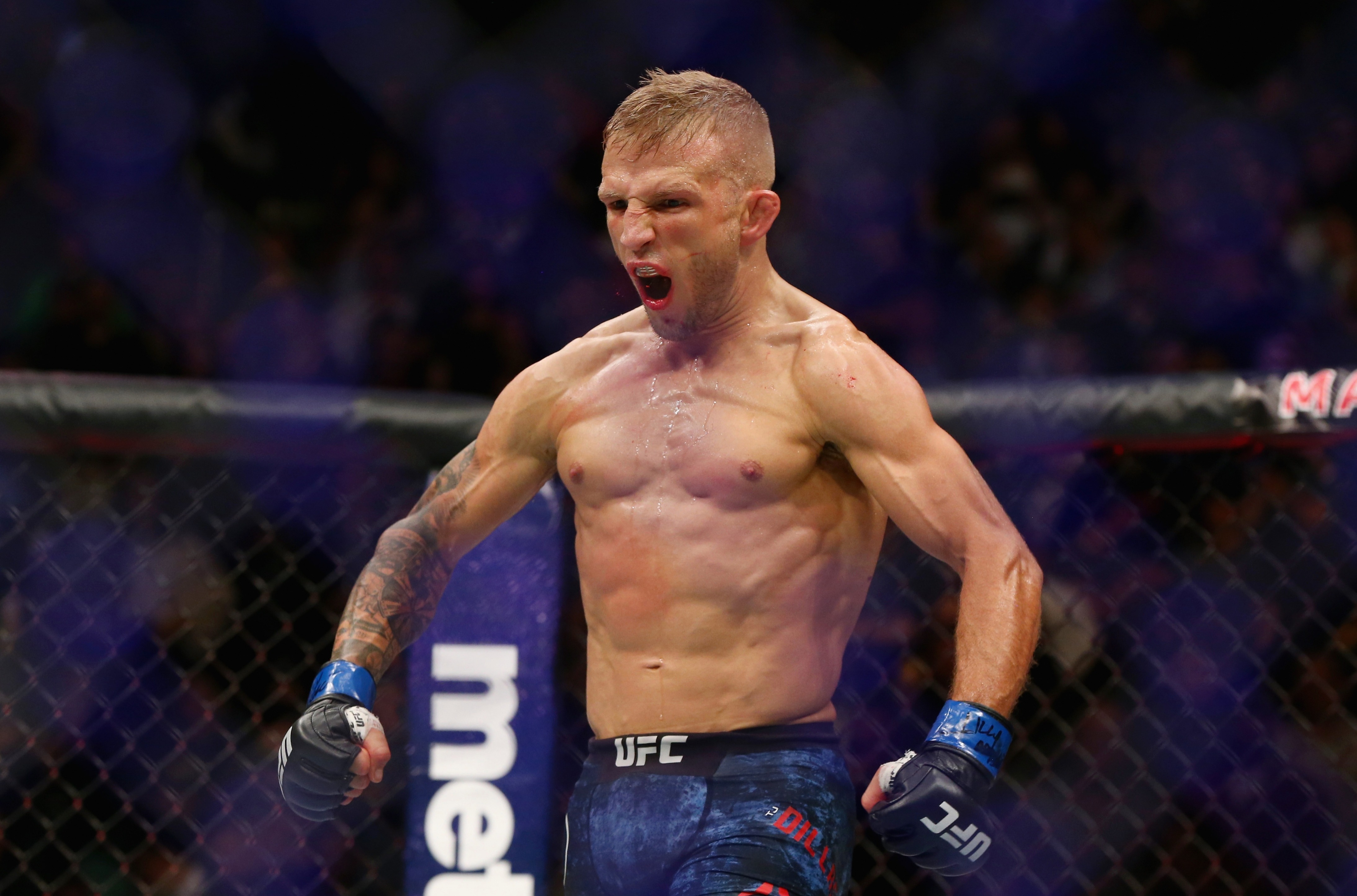 What will it take for you to be deemed as the next UFC star out of Britain?

NW: Just dominate. I need to go in there and prove that I'm destined to be the best in the world and put them out in fashion.

I know obviously beating guys is cool to say, but did you do it in good fashion?

If I can go in there with the likes of Pedro Munhoz or Raphael Assuncao and knock them out, or submit them, that then starts to prove to people that I do believe I am one of the best bantamweight fighters on the planet.

Obviously if I can pick up that UFC gold like Bisping did, and become the first London UFC champion, then people would be taking me seriously.