Horrifying moment NASCAR star Jordan Anderson is thrown out the WINDOW of his car as it hits the wall in a ball of flames: Driver is airlifted to hospital in Alabama with ‘major burns’

This is the terrifying moment NASCAR star Jordan Anderson is thrown out of his car as it bursts into a ball of flames against a wall in Talladega, Alabama Saturday.

The fiery crash occurred with Anderson running fourth in the race, before he was sent spinning around the circuit as flames began to engulf his vehicle.

Losing control of the car, Anderson appears to make the decision to try and exit through the window, and only just manages to get out before he is crushed against the tire wall. 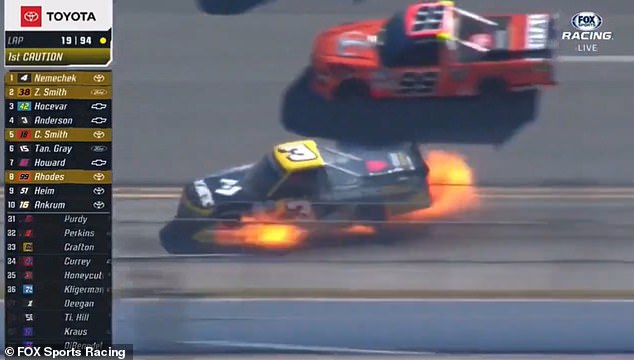 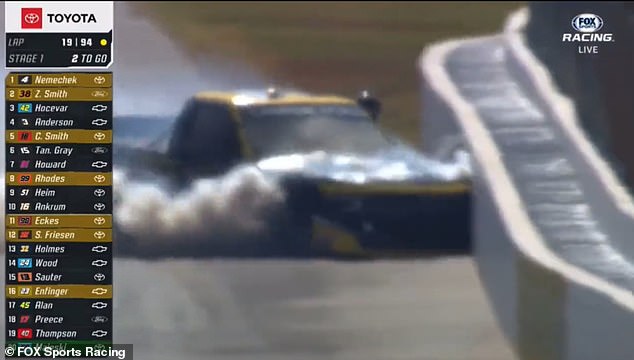 As his car approached the tire wall, Anderson appeared to try and escape out of the window 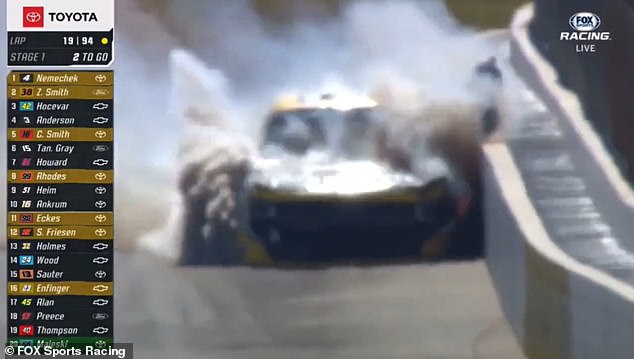 The jolt of the car hitting the wall fires the American driver out of the window, where he lands on top of the tires before standing up and then falling behind his car.

Medics then arrive quickly on the scene, and Andersen has reportedly since been airlifted to hospital in Birmingham, Alabama with severe burns.

The incident comes shortly after drivers slammed the safety of the new Next Gen NASCAR vehicle, with multiple top drivers recently suffering injuries.

Alex Bowman and Kurt Busch are both sidelined with concussions, and Cody Shane Ware raced with a broken foot Sunday after being taken away on a stretcher last week.

The car had a honeymoon phase when it debuted at the start of the year because it delivered on its promise to improve the racing and level the competitive playing field. And while the Next Gen faced some bugs in the first seven months, the car is now experiencing serious problems during the playoff portion of the season.

That’s created a growing sense of urgency from the drivers that NASCAR must soften the rear of the cars in the interest of safety. 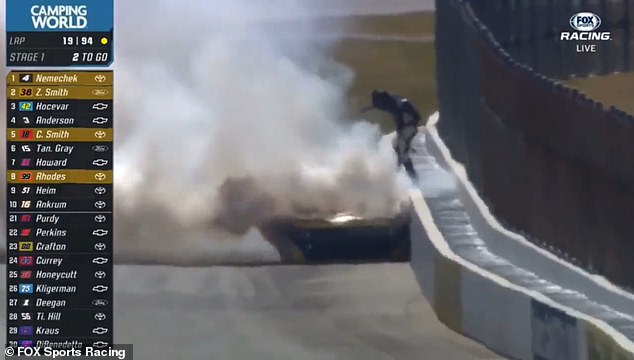 Anderson then stumbled as he stood up, before falling back onto the track behind his car 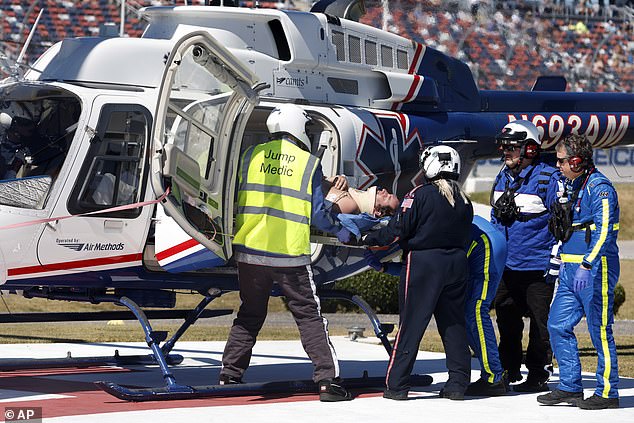 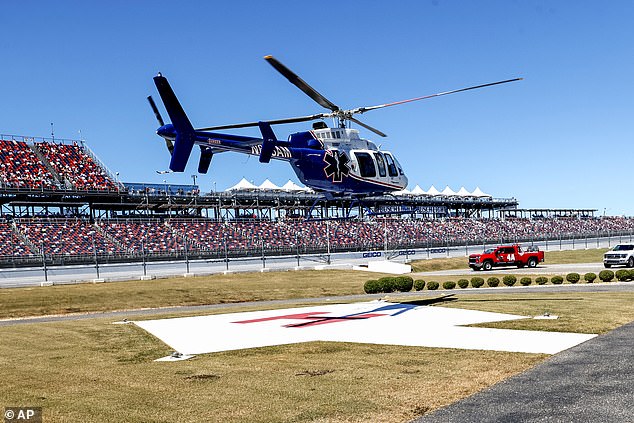 Bowman and Busch were both injured when the rear of their cars hit the wall. Because the Next Gen was designed to be durable, their crashes looked routine, when in reality most of the energy from the impact was absorbed by the driver. Busch is out for an 11th consecutive race.

Bowman crashed on the 98th lap last Sunday at Texas, radioed his team to say it was the hardest hit of his life, appeared unwell on his in-car camera and yet continued to drive 231 laps. He was diagnosed with his concussion on Thursday.

‘These types of incidents that result in injuries… I’m not a doctor but I’ve watched a lot of cars back into the wall and the guy would be fine,’ Elliott, who is teammates with Bowman at Hendrick Motorsport, said Saturday before qualifying at Talladega.

‘No one’s immune to it; it could be me next week. It could be any of my peers or fellow competitors. I just hate to see us go backwards and I’m afraid that we have,’ Elliott added.