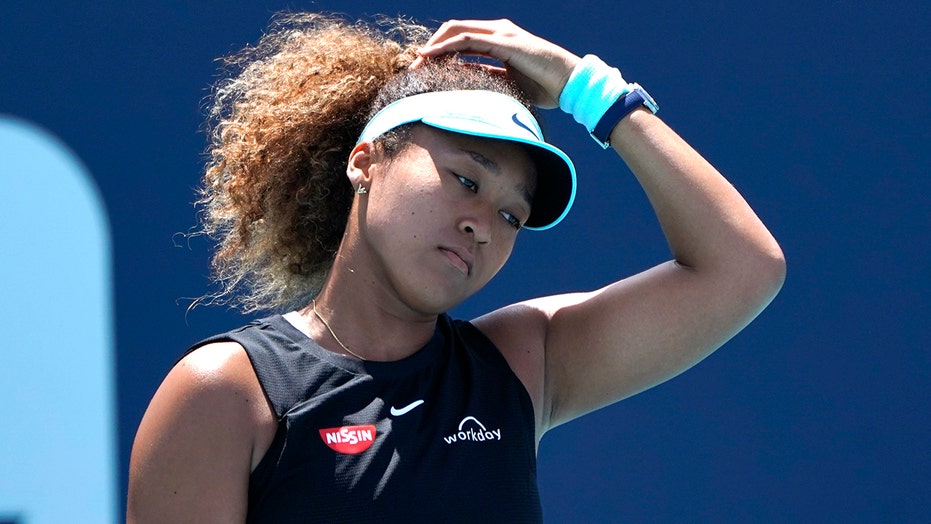 Naomi Osaka broke down in tears during a press conference Monday and briefly walked away after a reporter asked her about her relationship with the media.

Osaka, who shared her struggles with anxiety and mental health after withdrawing from the French Open in May over her media responsibilities, was asked by a Cincinnati Enquirer reporter about how she balances her relationship with the media.

“You’re not crazy about dealing with us, especially in this format, yet you have a lot of outside interests that are served by having a media platform. I guess my question is, how do you balance the two?” the reporter asked.

Osaka struggled to find her wording before asking the reporter to clarify the question, to which she replied:

“For me, I feel like, this is something that — I can’t really speak for everybody, I can only speak for myself — but ever since I was younger, I’ve had a lot of media interest on me, and I think it’s because of my background as well as, you know, how I play, because in the first place I am a tennis player, that’s why a lot of people are interested in me,” she said.

“So I would say, in that regards I’m quite different to a lot of people and I can’t really help that there are some things that I tweet or some things that I say that kind of create a lot of news articles or things like that. And I know that it’s because I’ve won a couple of Grand Slams and I’ve gotten to do a lot of press conferences that these things happen. But I would also say, I’m not really sure how to balance the two, I am figuring out at the same time as you are, I would say.”

As another reporter refocused the conversation about her game and her dedication to helping the people in Haiti, Osaka became visibly emotional, pulling her hat down as she wiped away tears.

The moderator announced a short break, and when the tennis pro returned she addressed the question.

Osaka’s agent, Stuart Duguid, responded to the incident in a statement to the New York Times, calling the reporter a “bully.”

​​”Everyone on that Zoom will agree that his tone was all wrong and his sole purpose was to intimidate,” Duguid said. “Really appalling behavior. And this insinuation that Naomi owes her off-court success to the media is a myth — don’t be so self-indulgent.”

“We appreciate the respectful dialogue with Ms. Osaka at the press conference,” Love said, via the USA Today. “It was a straightforward question that we feel led to a meaningful exchange. That said, we sincerely regret that our questioning upset her in any way.”