Some epidemiologists say it’s a bad idea, because the games will attract people from all over the country to Indianapolis and San Antonio, the cities that will host every game of the men’s and women’s tournaments. 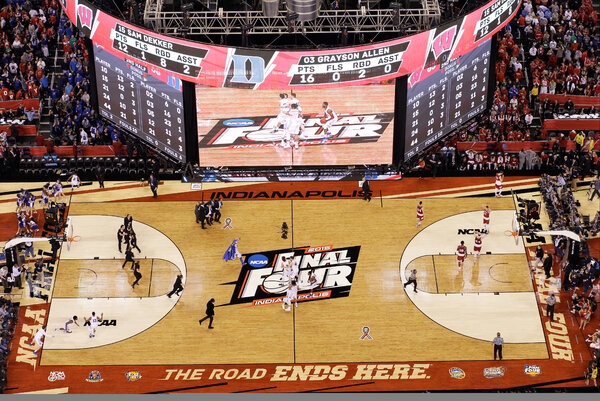 The N.C.A.A. announced on Friday that it would welcome fans — tens of thousands of them — to Indianapolis and San Antonio, where the entire men’s and women’s basketball tournaments are to be held this season, in a move that will generate millions in ticket revenue but risk further spread of the coronavirus to and from far-flung regions of the country.

The 68-team men’s tournament, which begins on March 18, will be played in Indianapolis before crowds of up to 25 percent capacity at sites ranging from the quaint 9,100-seat Hinkle Fieldhouse, where the movie “Hoosiers” was filmed, to the cavernous Lucas Oil Fieldhouse, which in a normal year could hold up to 70,000 fans for the regional finals and the Final Four.

The 64-team women’s tournament, which begins on March 21, will allow up to 17 percent capacity from the regional semifinals through the championship final in San Antonio. Those games will be played at the Alamodome, which has a 31,900-seat capacity for basketball. (Crowds at the first- and second-round games, some of which will be played in small arenas, will be limited to several hundred friends and family members.) The capacity limits were decided after consultation with local health authorities, the N.C.A.A. said.

Still, several public health experts said they were baffled by the decision.

“I can’t see any good reason to do that, and I can see a lot of bad reasons to do that,” said John Swartzberg, a professor emeritus at the University of California, Berkeley, who has studied infectious diseases and served as an adviser for the Pac-12 Conference. “Bringing people from all over the country to a congregate setting is just nuts.”

The N.C.A.A. made the decision to move its entire tournaments, which are each normally played at more than a dozen sites around the country, to Indianapolis and San Antonio to create a more restrictive environment for the dozens of teams involved and give the single-elimination tournaments a greater chance of avoiding interruptions because of positive tests.

Extensive measures are being put in place to play the games. All athletes, coaches and staff members will be require to have seven consecutive negative coronavirus tests before arriving in Indianapolis or San Antonio via a chartered plane or bus. Once they are there, testing will continue. All meals will be served in hotel rooms or in rooms with distanced assigned seating. Players, coaches and staff members also must wear contact-tracing devices throughout the tournament that measure if someone is within six feet of an infected person who also wears a device.