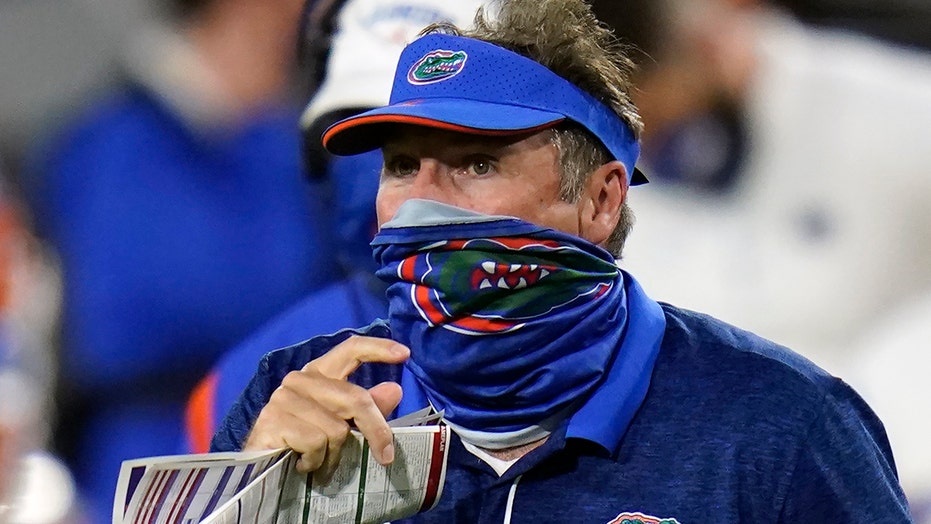 He’s beaten national title-winning coaches Urban Meyer, Steve Spurrier, Les Miles, Gene Chizik and Ed Orgeron. He upset Florida while he was at Mississippi State and won at Mississippi State in his first year with the Gators. He has topped Mark Stoops in a shootout and Gus Malzahn in a defensive battle.

Mullen’s done everything short of winning a championship during his dozen years in the league. Well, that and knock off Alabama under coach Nick Saban.

Mullen is 0-9 as a head coach against the Crimson Tide, losing every year during his near decade in Starkville. He gets another shot — his first with the 11th-ranked Gators (8-2) — in the Southeastern Conference title game Saturday night in Atlanta.

"It would be huge," Mullen said Thursday. "At Mississippi State we had a couple times we were right there, had opportunities to win in close games with them, weren’t able to pull it out at the time."

Indeed, Mullen and the Bulldogs nearly upset Alabama in 2014 and again three years later. Top-ranked Mississippi State, which was a nine-point underdog at No. 4 Alabama in 2014, rallied from a 12-point deficit to make it 25-20 before failing to recover an onside kick in the waning seconds.

The Crimson Tide was the one that needed a comeback in 2017. No. 2 Bama scored the final 14 points on the road, including a 26-yard touchdown pass to DeVonta Smith with 25 seconds remaining, and edged the 16th-ranked Bulldogs 31-24.

Two weeks later, Mullen left Starkville to take over in Gainesville. Now, he’s facing the SEC’s biggest bully again and still trying to close the gap on No. 1 Alabama (10-0) — on the recruiting trail and in the win column.

"He has done a great job of establishing the program, been there a long time," said Mullen, who did beat Saban twice as Florida’s offensive coordinator (2006, ’08). "When you look at what he has been able to build, the program he has been able to establish through the years, the stability of it, the combination of a very well coached team on the field and they do an unbelievable job of getting great players in as well."

It’s not like Mullen is alone in his pursuit of Saban. Alabama has won 27 in a row against teams from the SEC’s Eastern Division, every game since a 2010 loss to Spurrier’s South Carolina Gamecocks in 2010.

Coincidentally, Spurrier has an office one floor up from Mullen inside Florida’s football facility. And the Head Ball Coach often offers plays as well as praise. He delivered two mini bottles of wine to Mullen this season, one for beating rival Georgia in early November and another for clinching the East two weeks ago at Tennessee.

Maybe Spurrier might spring for a full-size bottle if Mullen upsets Alabama, now a 17-point favorite.

Mullen’s first step is to get his players to regroup after last week’s crushing loss to LSU and then convince them that Alabama is far from unbeatable, regardless of what the numbers say. His guys seem to be listening.

"I know a lot of times people can get caught up in names and uniforms and stuff like that," said guard Stewart Reese, who spent four years at Mississippi State before joining Mullen in Gainesville. "So I tell them, ‘Just treat it like another game. There’s nothing to be afraid of.’

"We’re going for all the marbles; it’s the SEC championship. There’s nothing really to be worried about. If you lose, you lose. We’re not playing to lose, but at the end of the day, there’s really nothing to worry about."

Added linebacker James Houston: "I’ve never really gone into a game thinking like this team is much more talented or this player is much better than me. … I know what I got. I know what we got. And I think we can go whip your butt."

No one would love that more than the brash and borderline stubborn Mullen, whose season already has been a roller-coaster ride. Beating Saban for the first time in 10 tries surely would fill one gaping hole on his coaching resume.