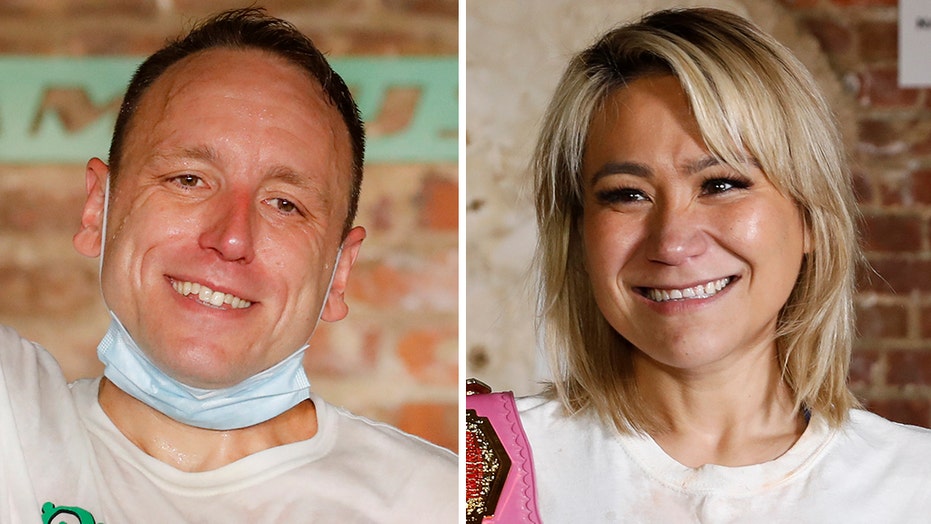 Nathan’s Famous Fourth of July International Hot Dog-Eating Contest did not disappoint this year despite the unusual format of the event in the wake of the coronavirus pandemic.

Seven-time winner Miki Sudo, 34, dominated the women’s event on Saturday with an astounding 48.5 hot dogs in just 10 minutes, breaking the record for the women’s event and her own previous record of 41 hot dogs.

Joey Chestnut meanwhile won the men’s competition for the 13th time, breaking his own record of 74 hot dogs with 75 in 10 minutes. He easily beat the competition, with Darron Breed's 42 dogs good enough for second place.

Sudo told organizers leading up to the contest that she wasn’t in favor of the new safety measures put into place because of the pandemic, Yahoo Sports reported.

Participants in both the men’s and women’s competitions were separated by glass barriers while judges wearing faceguards and masks sat six feet away from the stage. There were only five competitors in each event as opposed to the usual 15 and many were prevented from participating because of travel restrictions.

Among the most noticeable differences was the atmosphere.

The iconic event is held every year in Coney Island on the Fourth of July since 1916. Crowds flock to watch the competitive eaters battle it out but this year’s competitors weren’t able to rely on the fans roaring cheers for support.

The competition was held indoors with no fans and only music and cheers of production crew members to serve as background noise.