JUDGING by these chats, interviewing Mike Tyson should come with a health warning.

'Iron Mike', who is making his long-awaited return to the ring against Roy Jones Jr on November 28, has had a checkered past when it comes to chats with journalists. 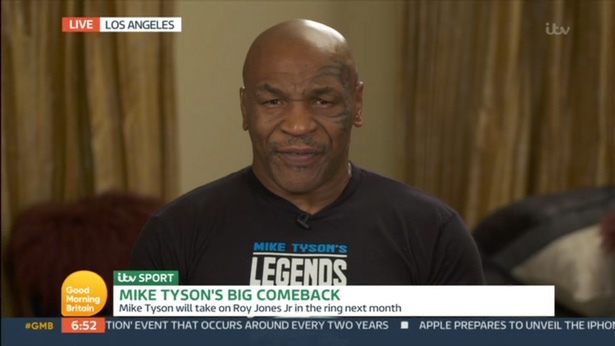 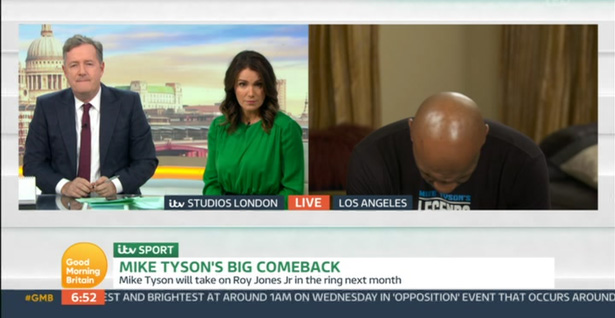 On Tuesday, he gave a car-crash interview to Piers Morgan and Susanna Reid on GMB as he promoted his next fight.

And it's not the first time Tyson has been difficult to manage.

These interviewers got more than they bargained for, when they asked the wrong question.

Back in 2014, Mike appeared on a live news show on Canadian TV to promote his stand-up tour Undisputed Truth.

While in Toronto, he was seen hanging out with infamous mayor Rob Ford, who at the time was running for re-election.

Asked by the host if that would harm Ford's chances with Tyson being a "convicted rapist," the heavyweight boxing legend was riled.

After answering calmly, he stewed for a while before unleashing: "You know, you come across as a nice guy but really you're a piece of s***!"

The interviewer appears to have calmed Tyson down, until right at the end Mike barks "f*** you!" 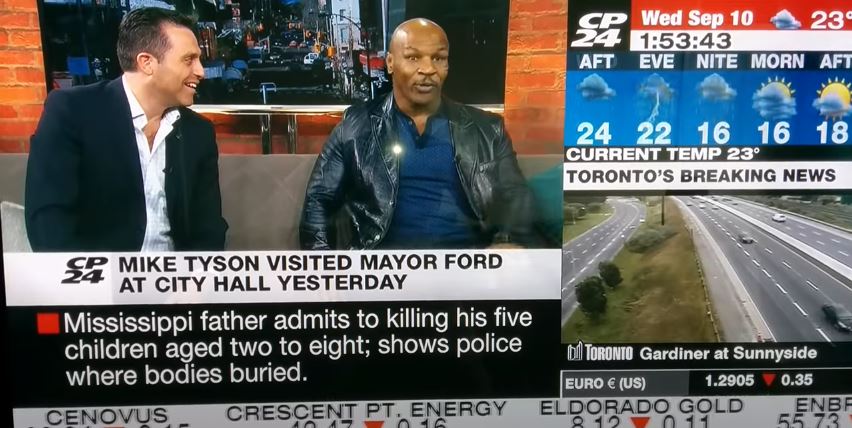 THE ONE WITH THE EX-WIFE

In his joint-interview with Barbara Walters for ABC news show 20/20 with ex-wife Robin Givens from 1988, Mike doesn't say anything.

But, if looks could kill…

During the chat, Givens revealed her three-month marriage to Tyson is “torture, pure hell, worse than anything I could possibly imagine” as he sits there looking furious.

Asked if Tyson has ever hit her, Givens said: “He shakes, he pushes, he… swings. Sometimes I think he’s trying to scare me.

"There were times that it happened that I thought I could handle it, and just recently, I have become afraid. I mean, very, very much afraid." 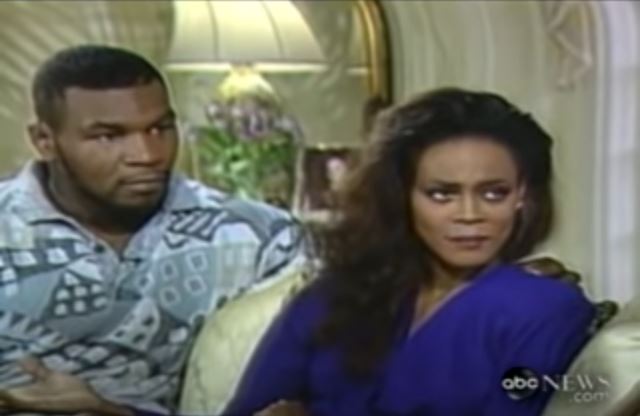 In 2009, Tyson's daughter Exodus tragically died after accidentally strangling herself on a treadmill cord.

He bravely appeared on TV to emotionally discuss the incident, as well as his own issues with drugs.

But as Tyson was moved to tears by the line of questioning, he eerily told the reporter "you've got to go" before taking off his mic and leaving the interview.

Tyson chilling added, "you understand," as the journalist looked stunned. 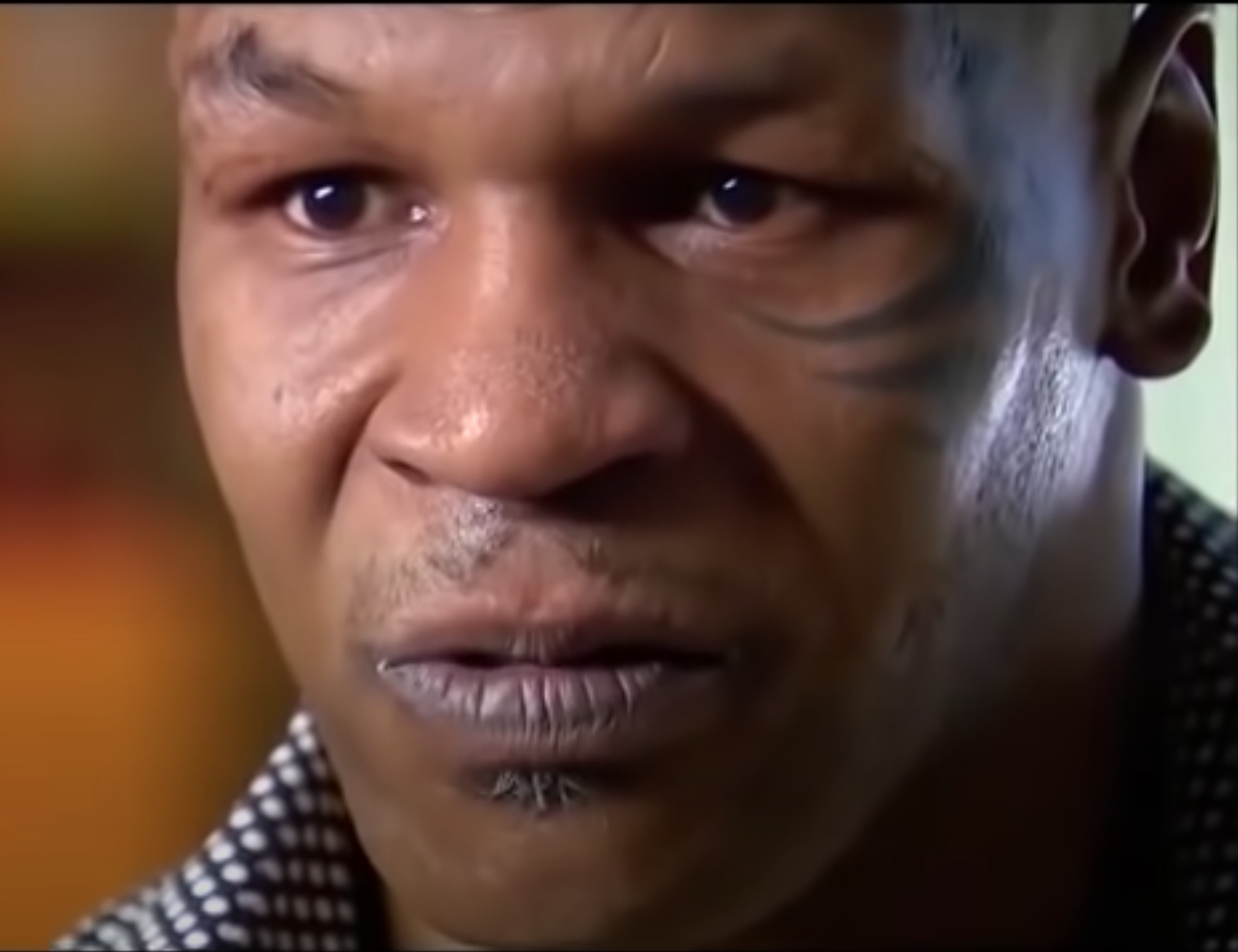 And he had his own unique way of asking people to stop bothering him – while wanting oral sex.

"I may like to fornicate more than other people – it's just who I am," Tyson said in another interview.

"I sacrifice so much of my life, can I at least get laid?

A DEATH ON HIS RECORD

Forget what Deontay Wilder once said.

Before the Bronze Bomber declared he wanted a death on his knockout record, Tyson in his prime was happy to declare that he puts his opponents in body bags.

He once stated at a press conference: "Y’all guys know what I do…I put people in body bags."

And in a chilling chat before a bout with Donovan Ruddock, he laid out his plans for the Canadian boxer.

"If he doesn't die, it doesn't count," he said about defeating his foe. 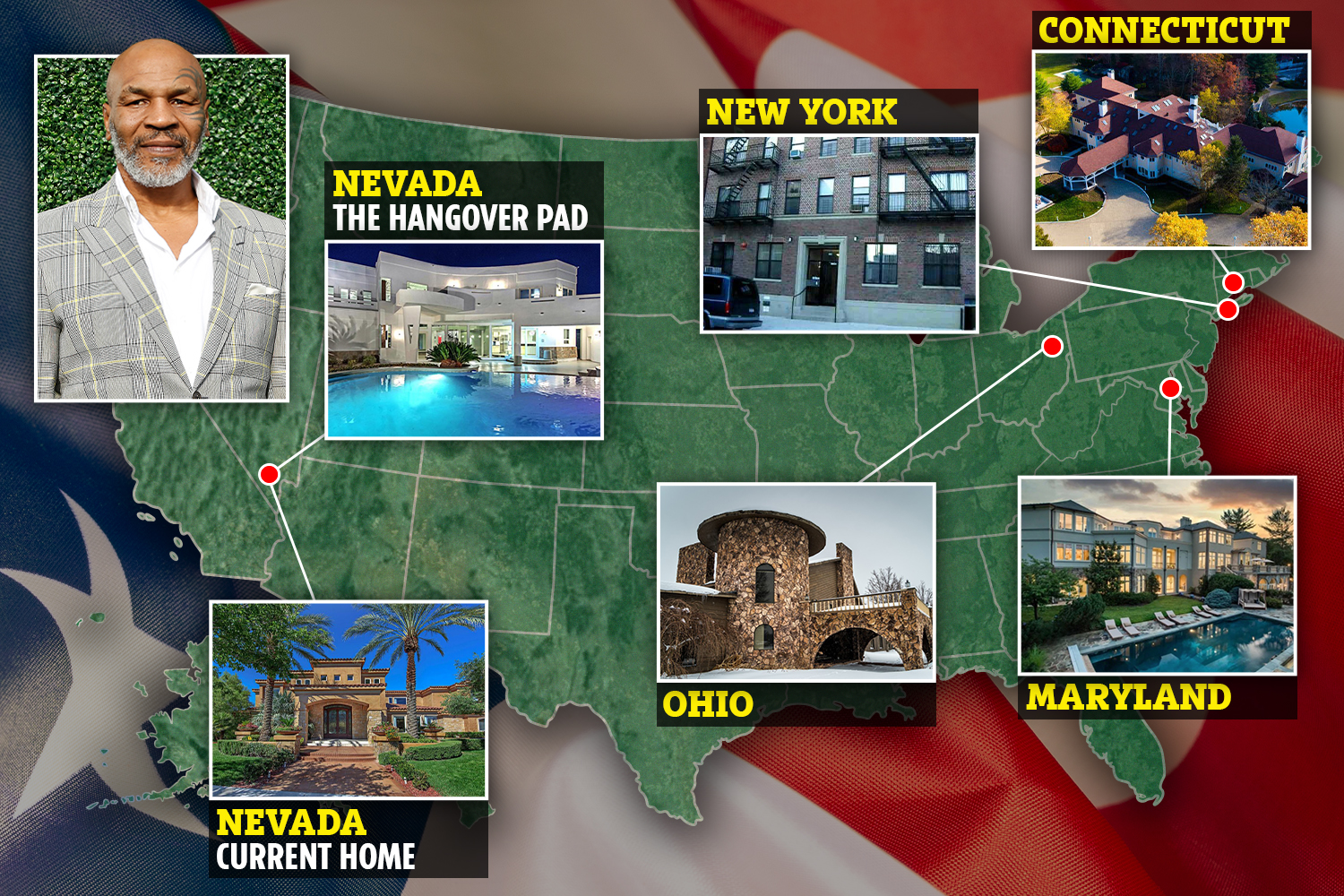 Iron Mike rose from a modest apartment in New York to live in some spectacular homes. 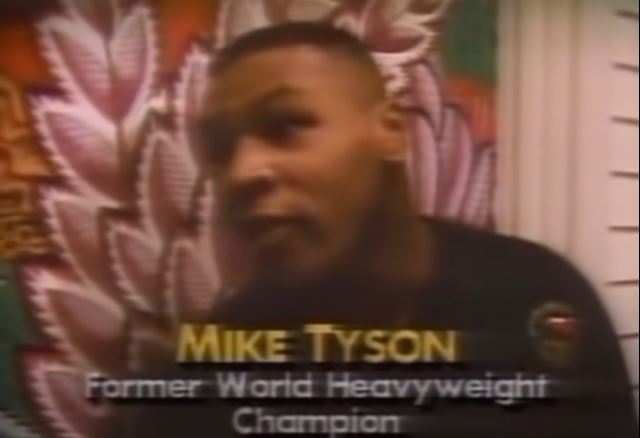 In 2009, Tyson appeared on Sky News and was quizzed by Dermot Murnaghan about his incredible rise to the top.

But when the conversation turned to Tyson's rape conviction, a red mist descended over the Hangover actor.

"I was a young kid then," he retailiated.

“I'm 43 years old and you're still dwelling on something I did when I was 20.

“What do you want to get from this interview? 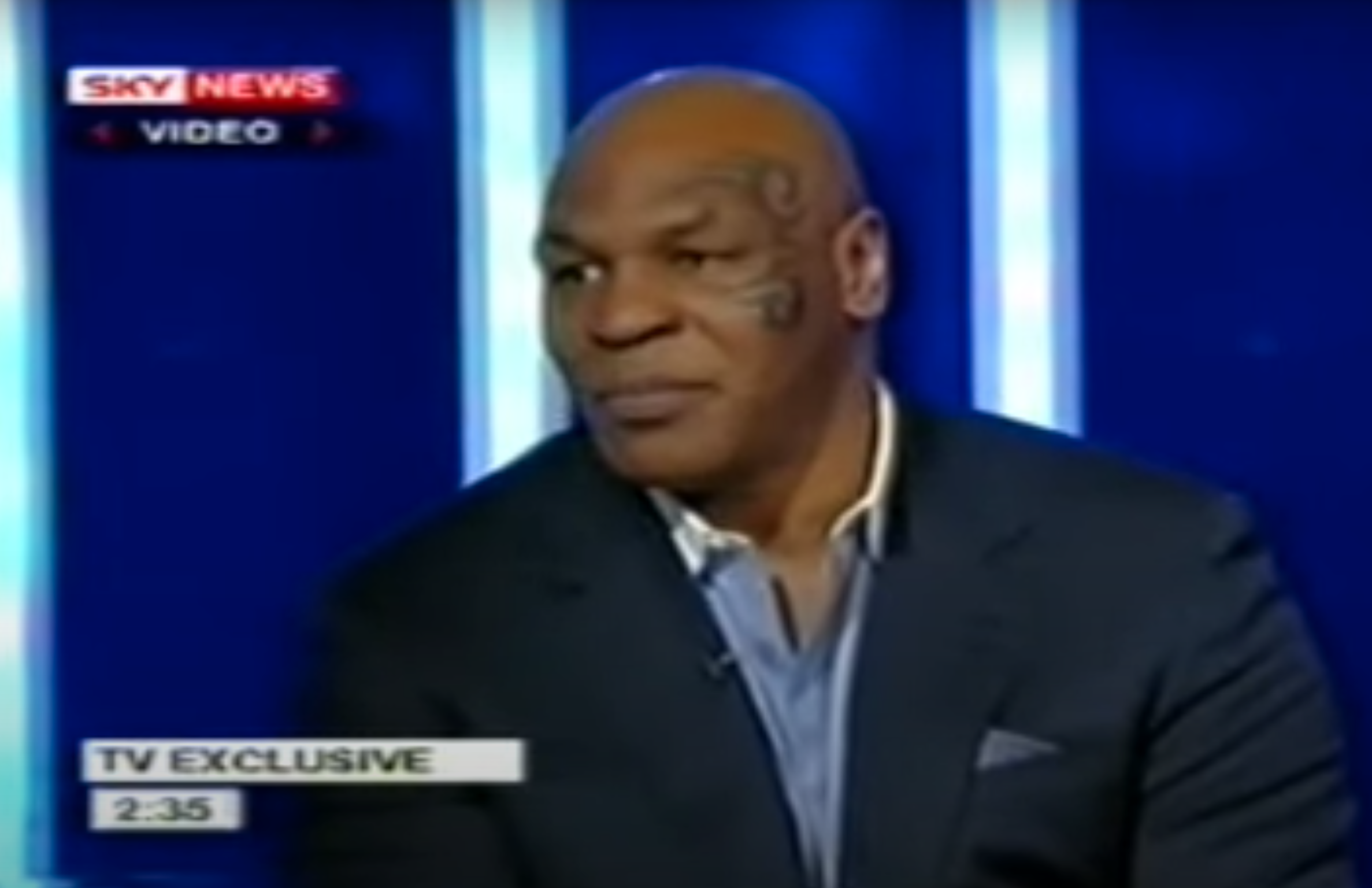 “I don't know if I am (a different person now) or not. I don't want to be the person I was but change comes in time.

“You're irritating me now. I guess I did change because I'm not assailing you.

“You're irritating me right now because I feel as though you're evoking stuff from the past — that stuff is from 15 or 20 years ago.”