Mike Trout is probably not going to hit .400 this season.

Through 23 games, Trout is batting .413 for the Los Angeles Angels. It is the best start to a season, in terms of batting average, in his highly decorated career, and doubting Trout’s ability to do almost anything is unwise. But there are plenty of reasons to assume that as the season stretches on, his average will sink back to extraordinary rather than historic — and there is significant precedent for a player off to this hot a start failing to hit even .300.

How unlikely would a .400 season be? Last week, when the topic of Trout’s becoming the first player to hit .400 since Ted Williams did it in 1941 came up, the statistician Bill James openly mocked the concept.

How can James and others be so sure? It’s because of history, the law of averages and the fact that Trout is off the charts in the number of balls he puts into play that are turning into hits. 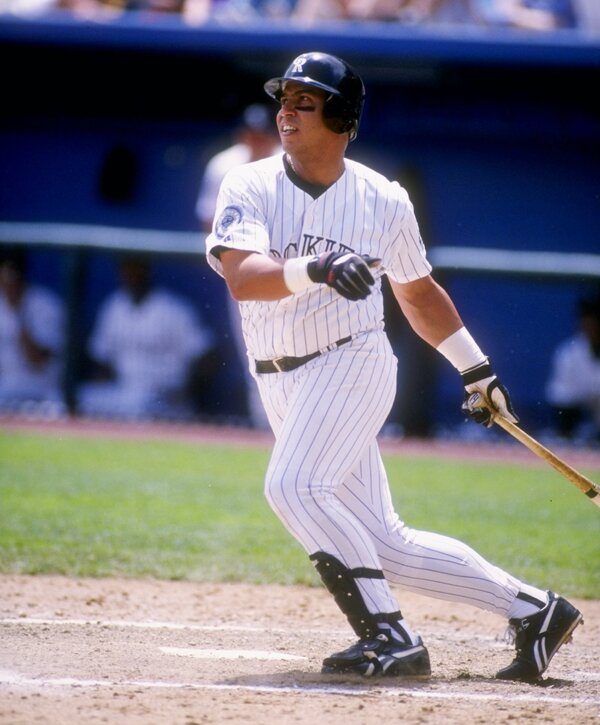 Anyone unfamiliar with the statistic BAbip, which is batting average on balls in play, is getting a quick lesson on it from Trout this season. The formula is simple enough: (hits minus home runs) divided by (at-bats minus strikeouts minus home runs plus sacrifice flies).

Over Trout’s 11 seasons, the major league average for BAbip is .297. Trout, who is known for hitting the ball extraordinarily hard, outdistances that average by a wide margin, with a career BAbip of .349. That figure has led to a career batting average of .306.

This year, Trout is hitting the ball harder than ever — as measured by exit velocity — and his BAbip is an absurd .531.

For Trout to do something no one has done would not be shocking, but if history is any indication, he might not even win the batting title, let alone hit .400.

Since 1962, when both leagues had settled on 162-game schedules, there have been 70 batters who began play on May 1 with a batting average of .400 or better in at least 75 plate appearances. Only 12 of them finished with the best batting average in their league.

The best start among the group of 70 players belonged to Barry Bonds of the San Francisco Giants, who finished April 2004 with a .472 average (.405 BAbip). Bonds, whose accomplishments were tarnished considerably by his connection to performance-enhancing drugs, hit .344 the rest of the way, finishing at .362, which led the National League.

The results for the other batters who entered May hitting .400 or better were mixed.

The thought of Trout collapsing the way Cey and O’Brien did is far-fetched. But considering that the list of batters who were hitting .400 or better on May 1 but failed to win a batting title includes Tony Gwynn and Rod Carew — the players the N.L. and A.L. batting titles are named after — holding on to an early batting average lead is harder than most people realize.

For his career, Trout’s batting average from May 1 to the end of the season has been .304 — just a tad below his overall mark. If he were to return to that level and hit .304 from May 1 through the end of the season, with an average of 85 at-bats a month, his overall average would plummet from .413 to .323. It’s a respectable number that would not stand in the way of his fourth M.V.P. Award, but it’s probably not high enough for Trout to earn his first batting title.

For now, we can follow his box scores and dream, even if reality eventually gets in the way.