THEY say revenge is a dish best served cold, but that's not how Michael Page plans on dishing it out to Douglas Lima.

After two long years of waiting, the mercurial Page will tonight have the opportunity to avenge the sole loss of his stoppage-filled career. 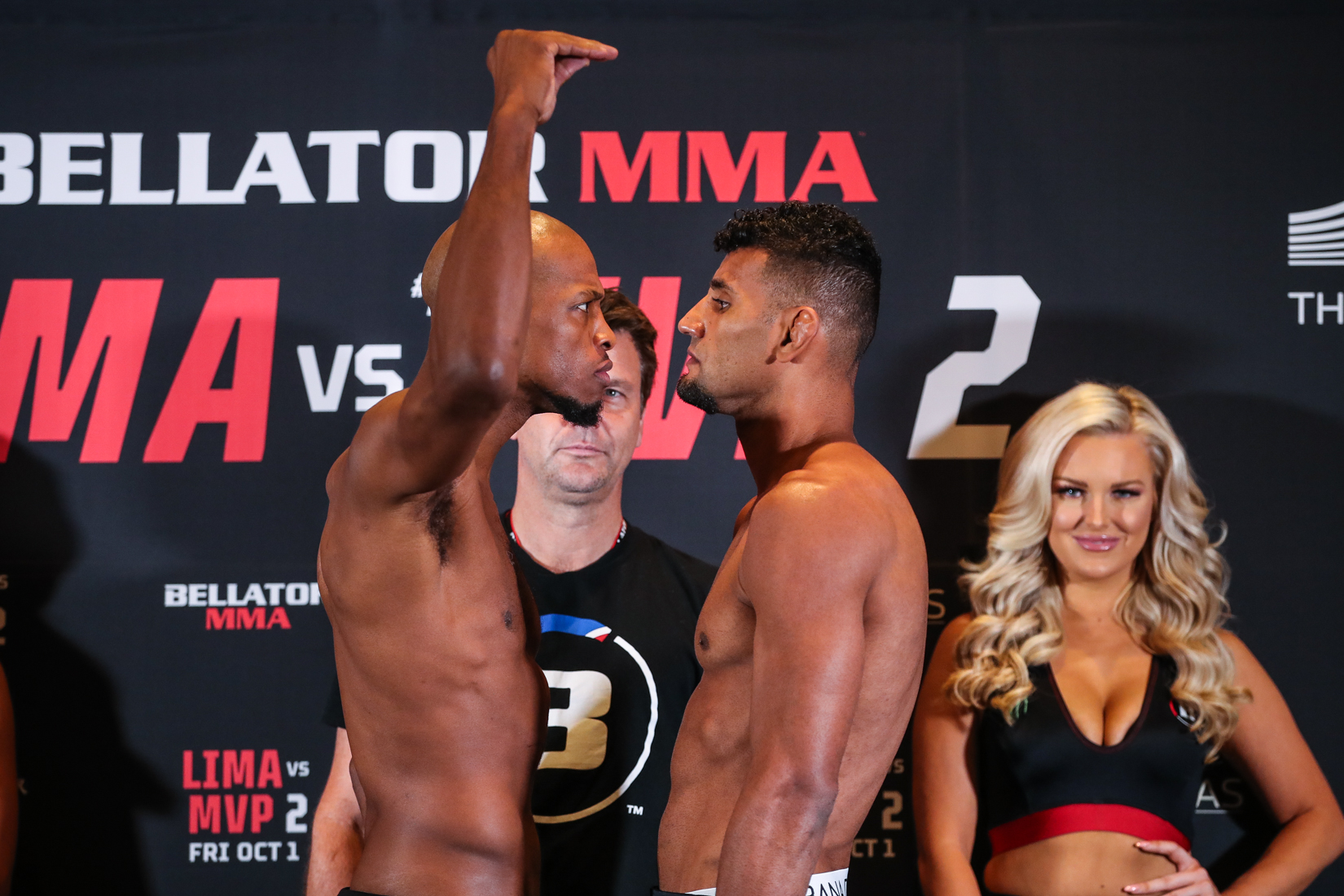 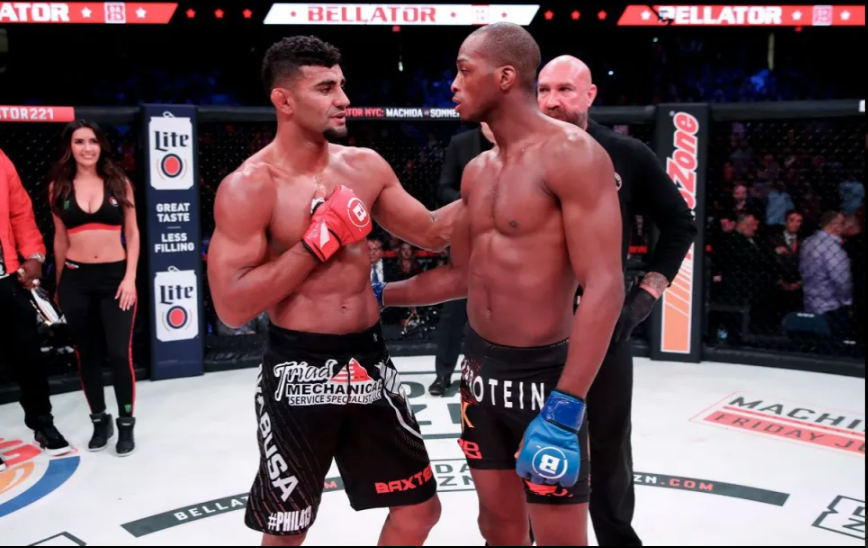 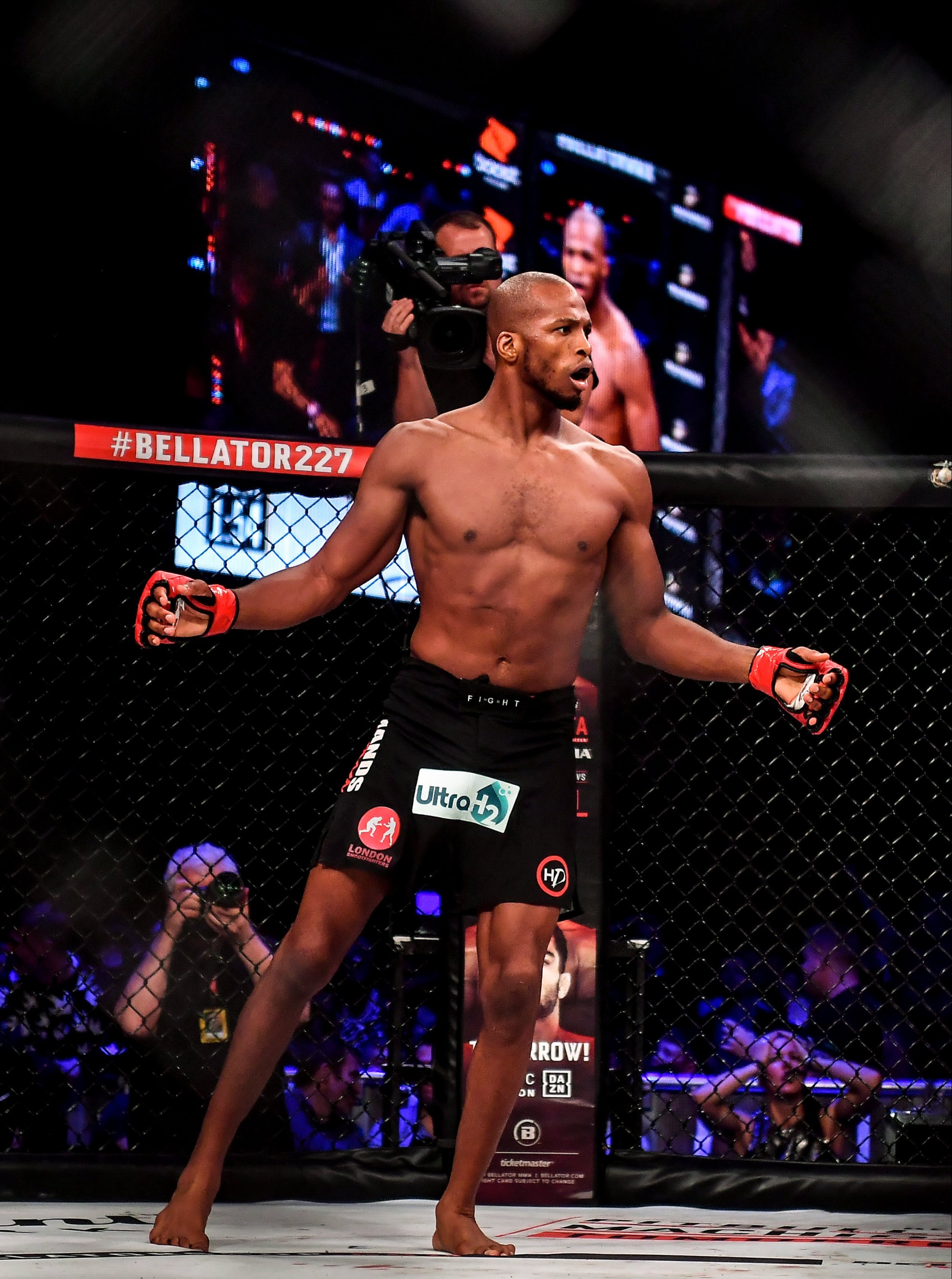 And to say Page is relishing the opportunity to settle the score with the Brazilian would be an understatement.

MVP told SunSport: "This is exactly what I wanted. It's the only blemish on my record.

"And it's one that I believe was more my fault. I don't want to take anything away from Douglas Lima, I think he's still a great athlete, amazing fighter, tough fighter.

"But I feel like that particular loss was more because of things that I did wrong more than what he did well."

But, despite campaigning for a rematch for over two years, the forward-thinking Page hasn't stewed on the loss.

He said: "I give myself five minutes to let out my frustrations, be angry, be upset, be whatever it is you're feeling at the time and then move past it.

"Now, I just acknowledge the mistake. I don't dwell on it."

In fact, the fleet-footed and enigmatic Page has taken comfort from his display in the first round of the fight.

He said: "I've watched it [the fight] loads. And again, it always just confirms exactly what I felt.

"Even directly after the fight, straight away in the cage watching it, I'm like, 'Yeah, I can see what I did there.'

"But [you see more] when you have more time to go over it. There were two major mistakes I made and it all stemmed from my eagerness to finish the fight.

"Because after I rocked him, I could almost see the finish line and I was eager to kind of cross it.

"So I ended up being a lot more lax with my distance, which was the first mistake.

"And that obviously allowed him to sweep me. And then, my eagerness to get back to my feet allowed for him to get the KO.

I really and truly mean this, and I've said it before, but I need him to understand the difference in level

"If I had just accepted that now he's got some extra time because I'm on the floor, 'Let me just roll to my back and take my time and work my way back up' that would've never happened.

Page and Lima's respective fortunes couldn't be any different going into their second meeting, with the former riding a four-fight win streak and the latter on a two-fight skid.

And like most MMA fans, Page believes the normally aggressive and domineering Lima hasn't been himself of late.

The 34-year-old said: "I think sometimes he's a bit too patient and he doesn't necessarily have that urgency in his fighting style.

"We saw that in his fight with [Gegard] Mousasi. Mousasi, for me, is probably one of the best MMA fighters in the world. So it's kind of hard to judge from that.

"But again, he's losing, and he doesn't up the gear. And towards the end, he realises, 'Actually, my kicks are starting to have an effect.'

"And then in his last fight, he just seemed to give up. After the first takedown in the first round, he got back up. 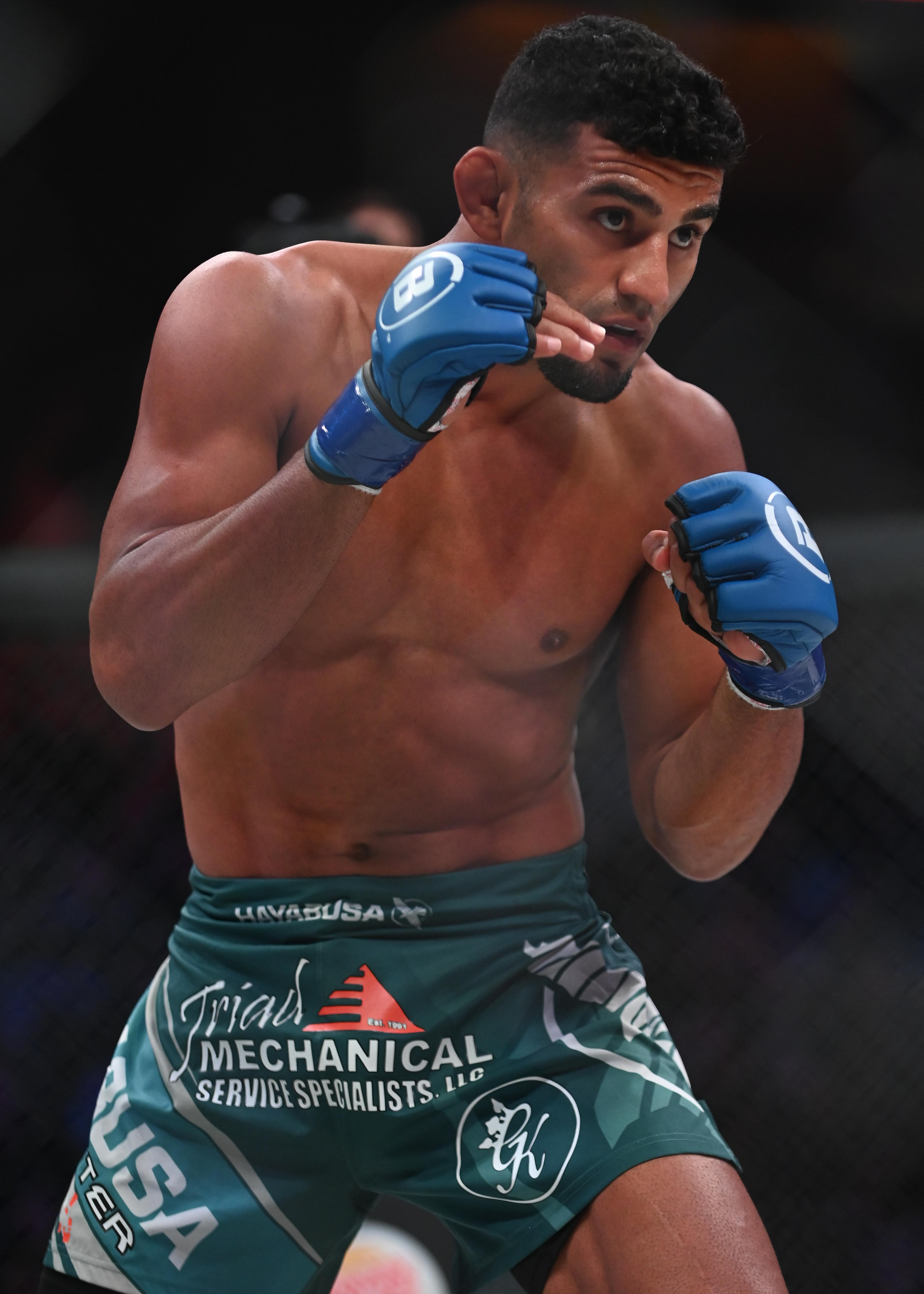 "And it's always around the two-minute mark, three minutes left to go, he got taken down.

"There was no real urgency in him standing back up.

"And then the same thing happened every single round right until the end when he decided to go for a submission. But again, it was always too little and too late.

One thing that hasn't changed for Page since that fateful night at the Allstate Arena in Rosemont, Illinois is his firm belief that he's the better combatant.

And showing that second time around in front of a crowd full of his loved ones is his top priority.

He said: "I really and truly mean this, and I've said it before, but I need him to understand the difference in level.

"So I'm gonna play with him, but in a lot more of an aggressive way. I just want you to understand that you're dealing with a different beast.

"And when I see that he's not gearing up and he's kind of demoralised at what's happening and I feel like I saw what I saw in the last fight with regards to the takedown, I'll go for it. 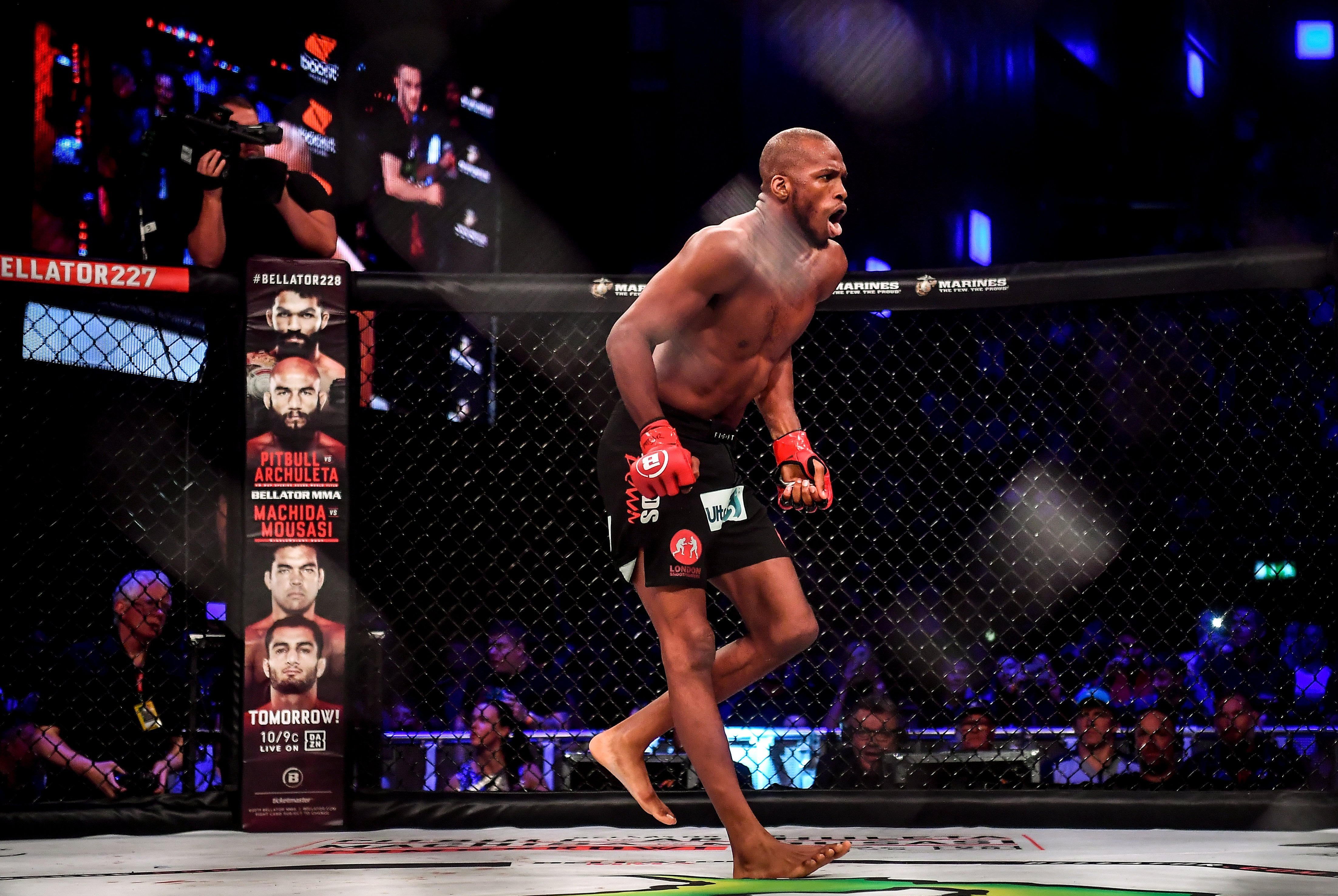 "But it's going to be even worse when its strikes landing on you and you're not able to do [anything]. Because that is supposed to be your area.

"I want to see that in his face and then I'm gonna put that frustration to rest and put him to sleep."