‘He will never be a footballer… clinically, he’s blind’: Michael Owen reveals 13-year-old son suffers with degenerative eye condition and will be unable to follow in father’s footsteps due to rare disease

Owen’s 13-year-old son, James, was diagnosed with Stargardt disease several years ago, which means his retina will slowly degenerate, causing a loss of vision.

Owen has admitted he previously refused to discuss the problem in public to avoid causing headlines and says there is no chance of his boy making it as a professional. 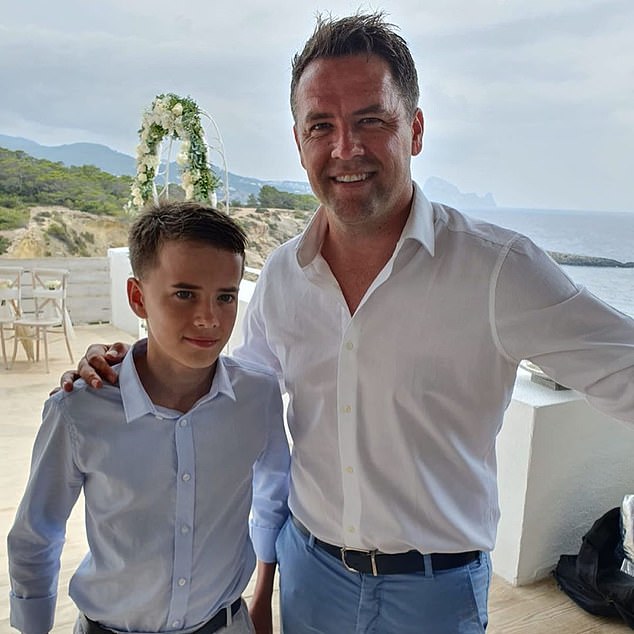 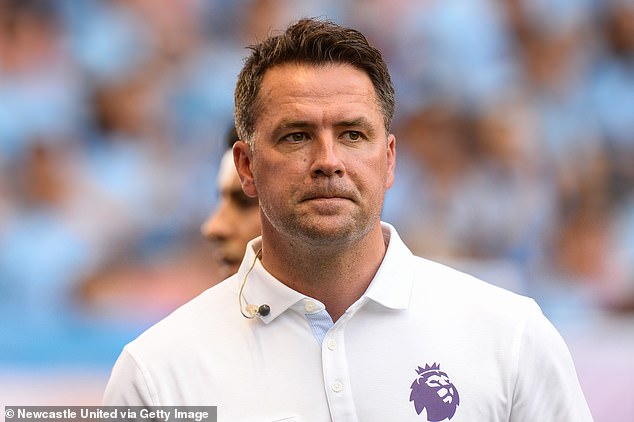 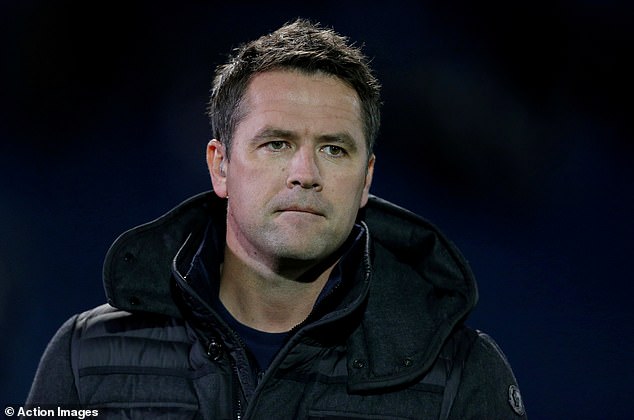 ‘He will never be a footballer. My son’s got an eye condition,’ he told The Times . ‘I’ve never said this. I don’t want a big headline.

‘Clinically, he’s blind. He’s got Stargardt disease, a degeneration of his retina. I used to go and watch him and bollock him about his positioning.

‘He can’t see the ball until it’s five yards away. As much as every father wants their son to play, it is almost a relief to me.

‘Everyone always asks, ‘Is he going to be a footballer’ and then I stand on the side of the pitch and hear, ‘He’s not as good as his dad.’

Owen also reflected on his own footballing childhood and says he was convinced he would have a career in the game from the age of 10. 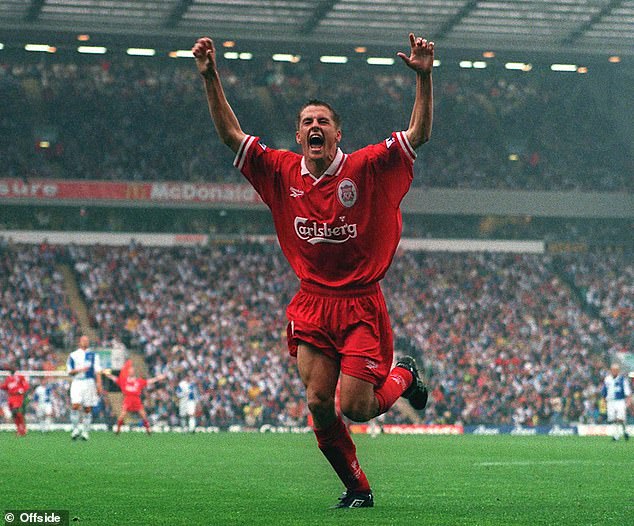 ‘I’d go to school and know I could run rings around everyone else. If we played football at playtime, when I got to 12, 13, I wouldn’t even try for the embarrassment of being too good for them.’

Owen has spoken on a range of topics over the past couple of weeks following the release of his autobiography, Reboot.

The 39-year-old revealed in his book how he was left ‘mortified’ following an awkward encounter with the Queen inside a lift. 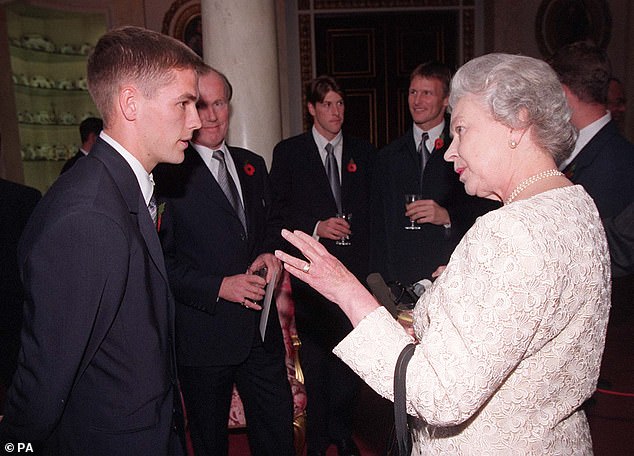 ‘When she [the Queen] walked into the royal lift there were perhaps 15 of us outside,’ he wrote in his book.

‘I obeyed – taking my hat off as I thought that correct etiquette.

‘I sheepishly put my hat on. I was mortified.

‘To this day I have absolutely no idea if she was joking.

‘Louise (Owen’s wife) was nudging me from the other side trying not to laugh because I’d been b****ked by the Queen.’ 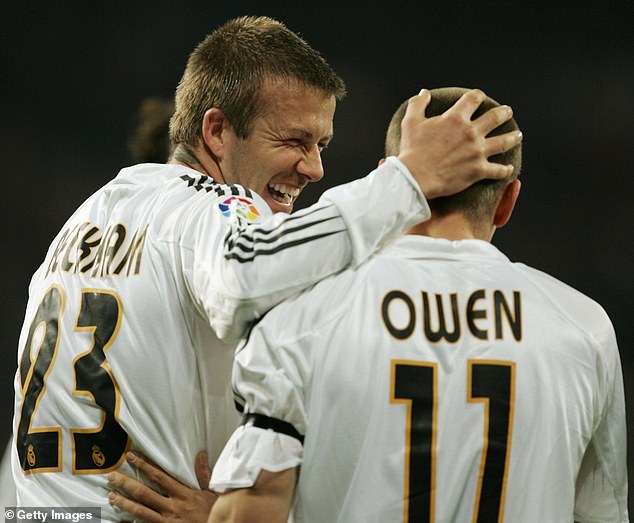 Owen also sparked headlines after admitting he had a distant relationship with David Beckham during their time together at Real Madrid.

‘As much as we ended up living close to David and Victoria Beckham and were two English families living abroad in the same city, there wasn’t much in the way of social life as far as them and us were concerned.

‘By the time we found ourselves in Madrid together, David and I had even less in common than we ever had.

‘I certainly didn’t like wearing the trendy gear or mingling among socialite company. David and Victoria on the other hand, were both bona fide superstars in their own right.

‘They were operating on a completely different stratosphere from a social perspective. I never once got the impression I was on the inner circle of David’s group of friends.’