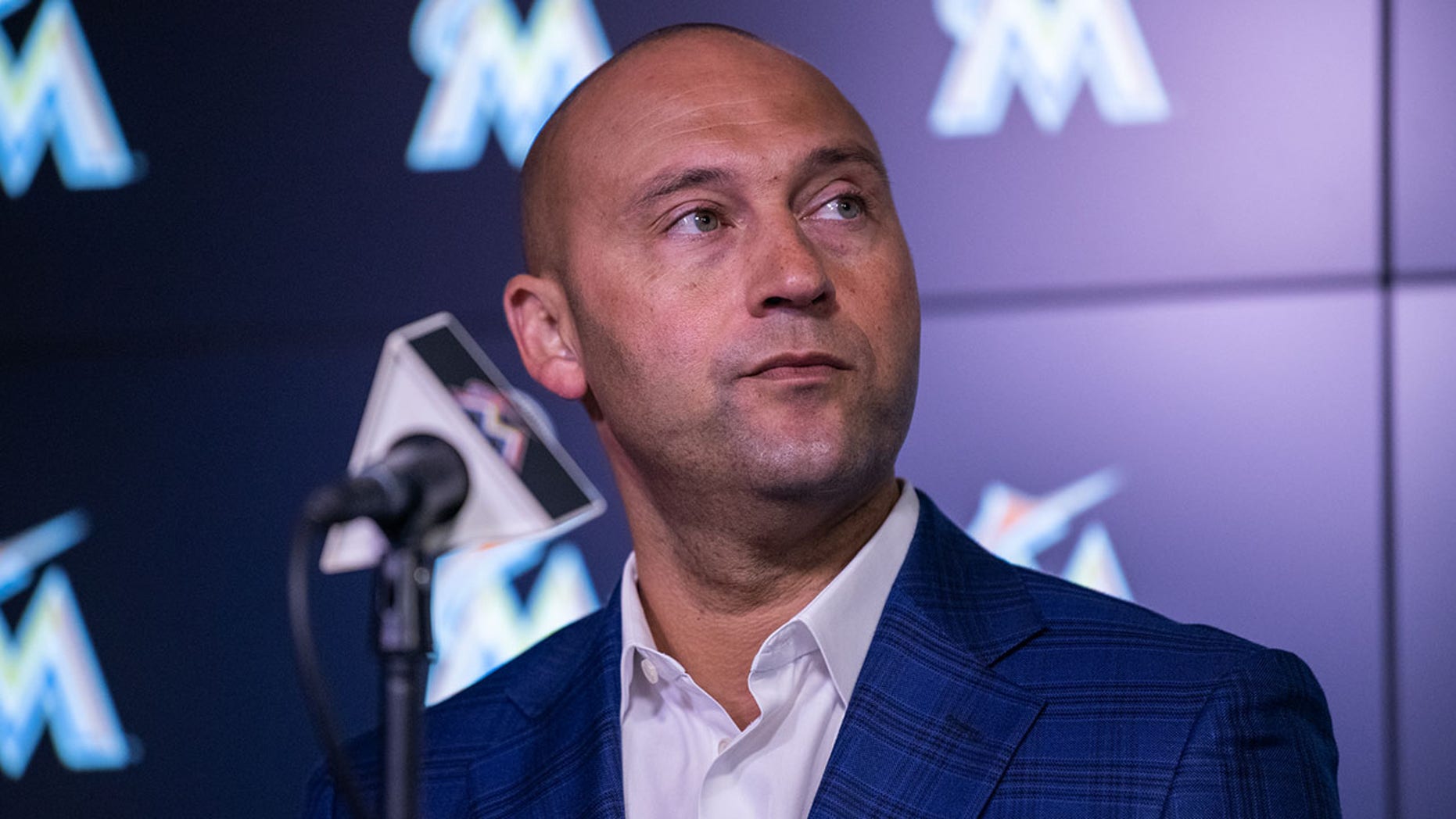 Chief Executive Officer Derek Jeter of the Miami Marlins speaks with members of the media to announce the signing of the Mesa brothers at Marlins Park on October 22, 2018 in Miami, Florida.
(Photo by Mark Brown/Getty Images)

Miami Marlins CEO Derek Jeter, who has had a bumpy relationship with fans since joining the ownership group that bought the team in 2017, might draw more ire due to his latest comments.

Jeter addressed the media Tuesday, weeks before the Marlins are set to take on the Colorado Rockies on March 28 to open the season. The team is coming off the high-profile trade of J.T. Realmuto to the division-rival Philadelphia Phillies and a season where they averaged just over 10,000 people in attendance per game.

“This is professional sports, and I feel bad for even saying this, but it’s impossible to win every single game. But one thing you always remember is the experience you have while you’re at the park, and we want it to be a positive experience and we want people to enjoy themselves,” Jeter said, according to the New York Post. “And look, a lot of times people come, they don’t know who won or lost, sometimes they don’t even know who was playing, but they do know if they had a good experience, and that’s what we’re focused on."

To that extent, the Marlins have made several upgrades to the ballpark to enhance fans' experience. According to the Marlins-centric blog Fish Stripes, the team added a club that speaks to the “Miami vibe” and a social section in center field as an “exclusive group hospitality space.”

Miami is looking to improve upon last year’s 63-98 record.