Spurs’ Argentine boss is top of United’s list to replace Jose Mourinho if they fail to qualify for the Champions League. 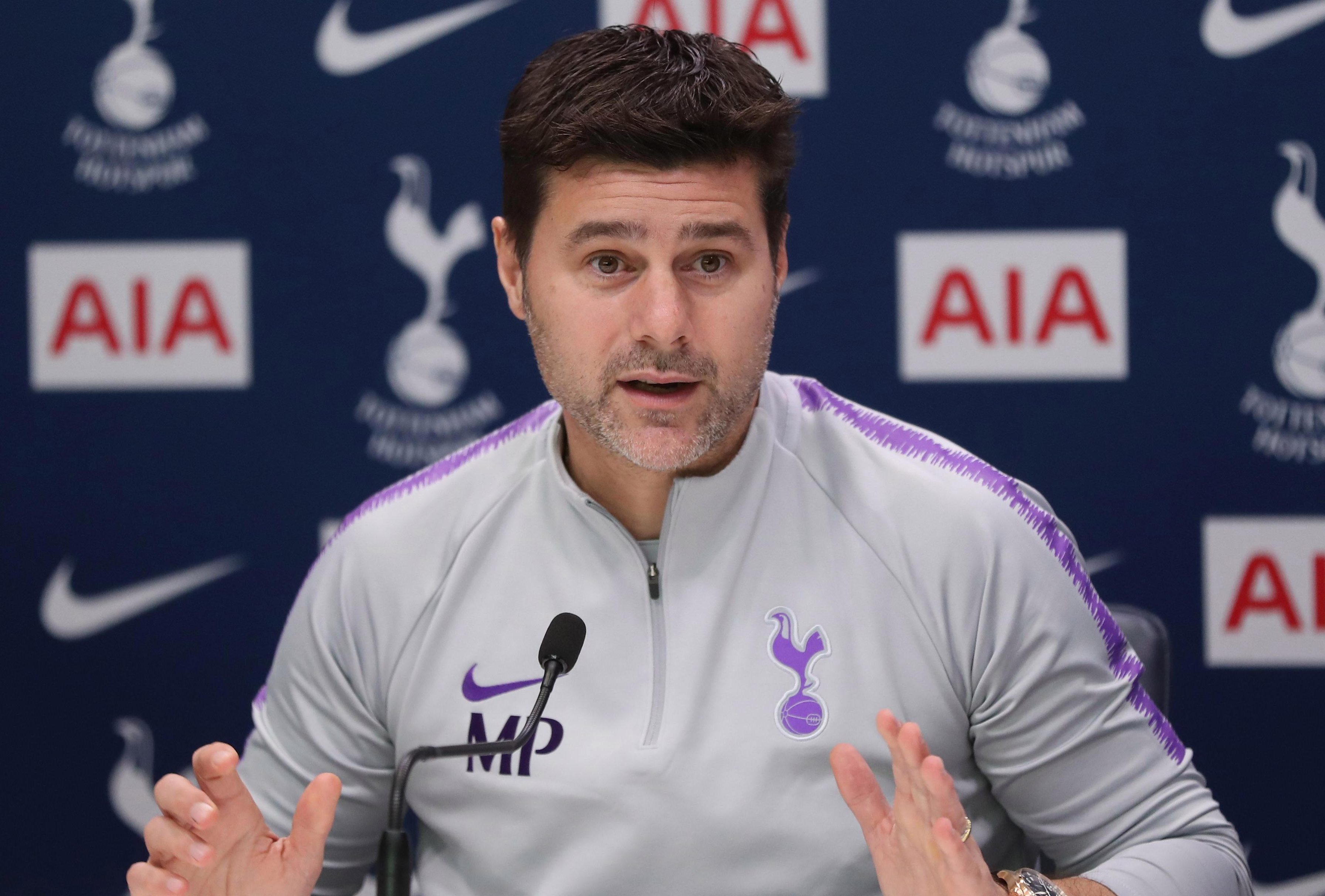 But Pochettino insists he is staying where he feels appreciated and has no intention of walking out on his £170,000-a-week contract.

“I feel happy here in Tottenham because the club values and recognises the job we have done.

“So I don’t need to listen to the talk that is going around because the most most important thing is how welcome you are made to feel in your home.”

Pochettino, 46, revealed that he has barely spoken to Levy in recent weeks because the Spurs chairman is so busy overseeing the completion of the club’s new £800million stadium. 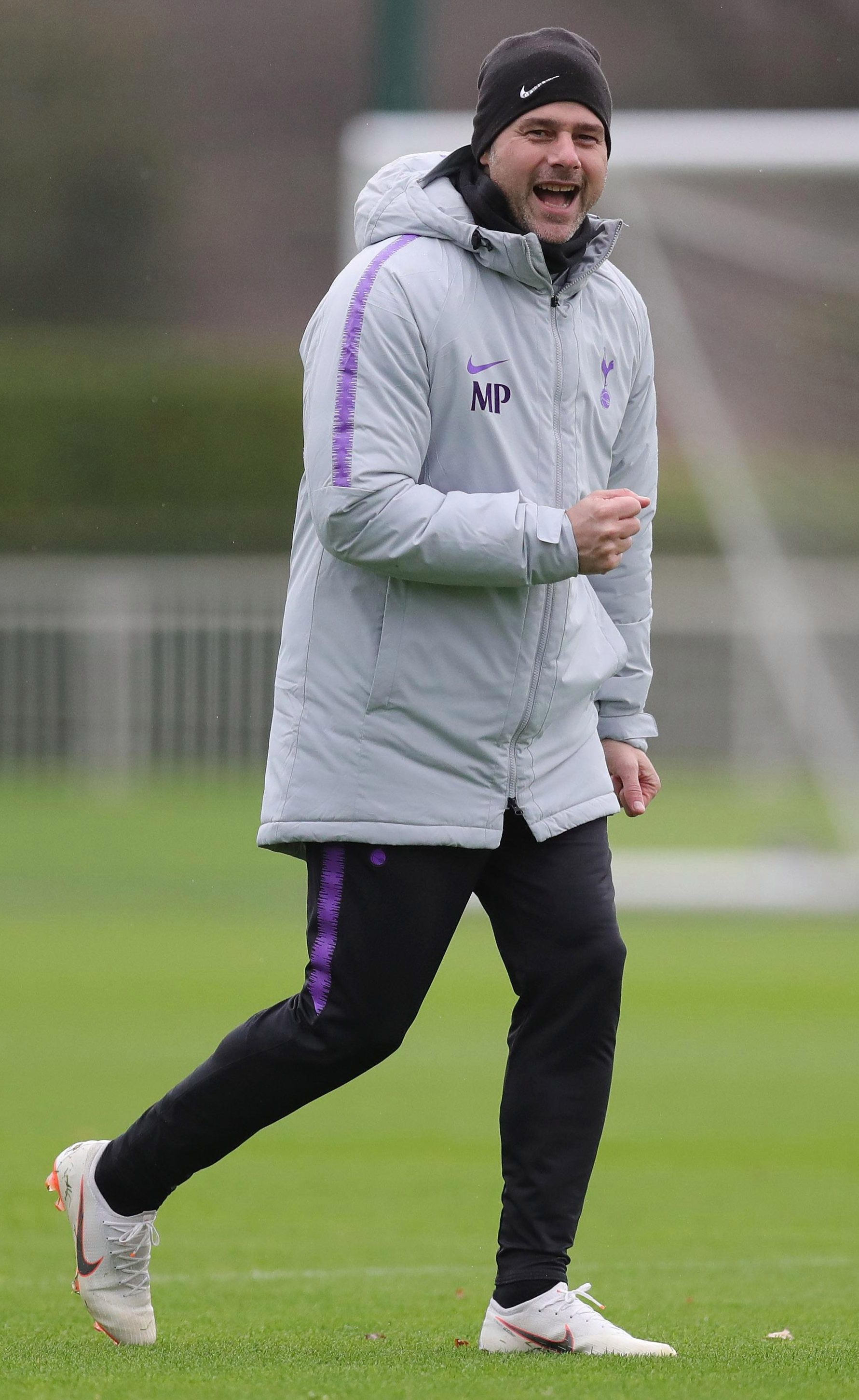 He said: “In the last two weeks I have had one message from him.

“He is so busy with the stadium I think he must be working there.

“I joked with him ‘Daniel, am I not your priority anymore?’ And he replied ‘Yesterday I spent two hours trying to sort out your Christmas present’.

“He said he is going to surprise me. Maybe he is preparing the stadium!”

Yet Pochettino admits that he is facing an uphill struggle to achieve his big-time ambitions at Tottenham and says: “Just to be in the top four is more than success for us.

“Of course the hope is to one day win a title like the Premier League or the Champions League.

“But the first step is to try to be consistently in the top four and that is not easy because Arsenal, Chelsea, Liverpool, City and United are on a different level of investment.

“We are so far from those big sides in finances. When you compare the budgets of the Premier League clubs, we are in the same position as Everton, West Ham, Southampton, Leicester and Fulham.

“People were so pessimistic about Tottenham after what happened in the summer when there were no signings and the stadium was delayed.

“But we have eight more points than we had at the same stage of last season and we have a decisive Champions League game coming up against Barcelona. 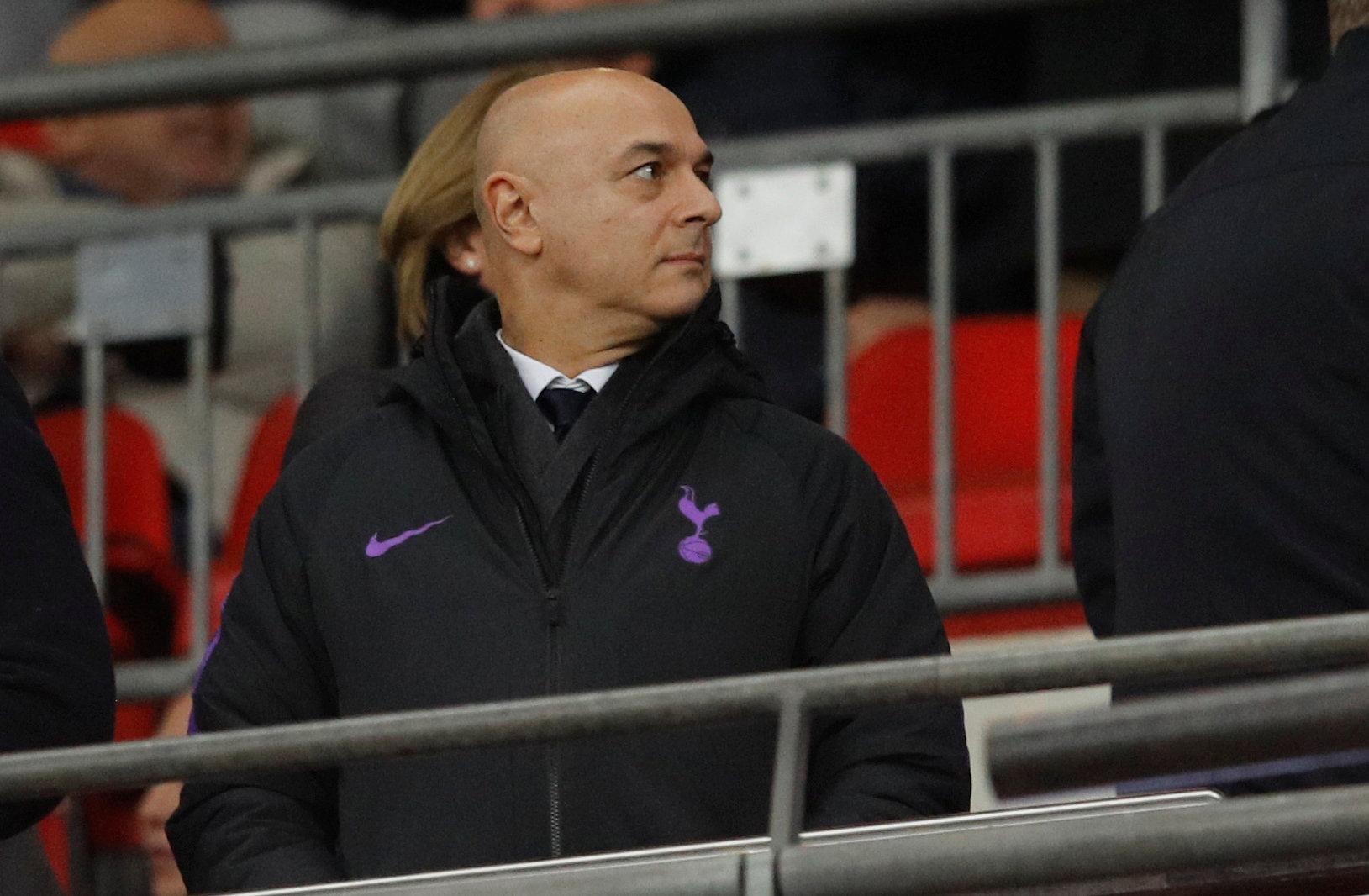 “Many people didn’t believe we’d be here but so far, so good.”

Pochettino admits that full-back Kieran Trippier will miss Tuesday’s win-or-bust trip to the Nou Camp with a groin problem.

And he blames England for the defender’s problems after making him play in the meaingless World Cup play-off in July.

He said: “When a player asks to come off in a World Cup semi-final even though all the substitutes have been used it because he has a problem.

“For me, it is impossible in those circumstances to play again three days later and it was a bit weird that Kieran was then picked for that third-place game.

“That’s where the problems started for Kieran but I haven’t spoken to England about it because I have a clear and honest relationship with their manager.”

Now Pochettino is desperate to give Harry Kane a well-deserved rest but is struggling to find a gap in Tottenham’s hectic calendar.

The England skipper has already played 25 games for club and country this season and has started in all of Tottenham’s Premier League and Champions League games.

“At the moment Harry still has plenty of energy and that is why he plays. But every day we are assessing the player.

“Harry is one of the best players in Europe and there is no point to rest him if he is OK to play.

“He is going so well for us this season and I hope it continues., But we are thinking that in some games soon we will need to rest him.”