MANNY PACQUIAO will not be reinstated as WBA champion before fighting Errol Spence Jr after being stripped for inactivity.

Spence will put his WBC and IBF belts on the line against the Filipino legend on August 21 in Las Vegas. 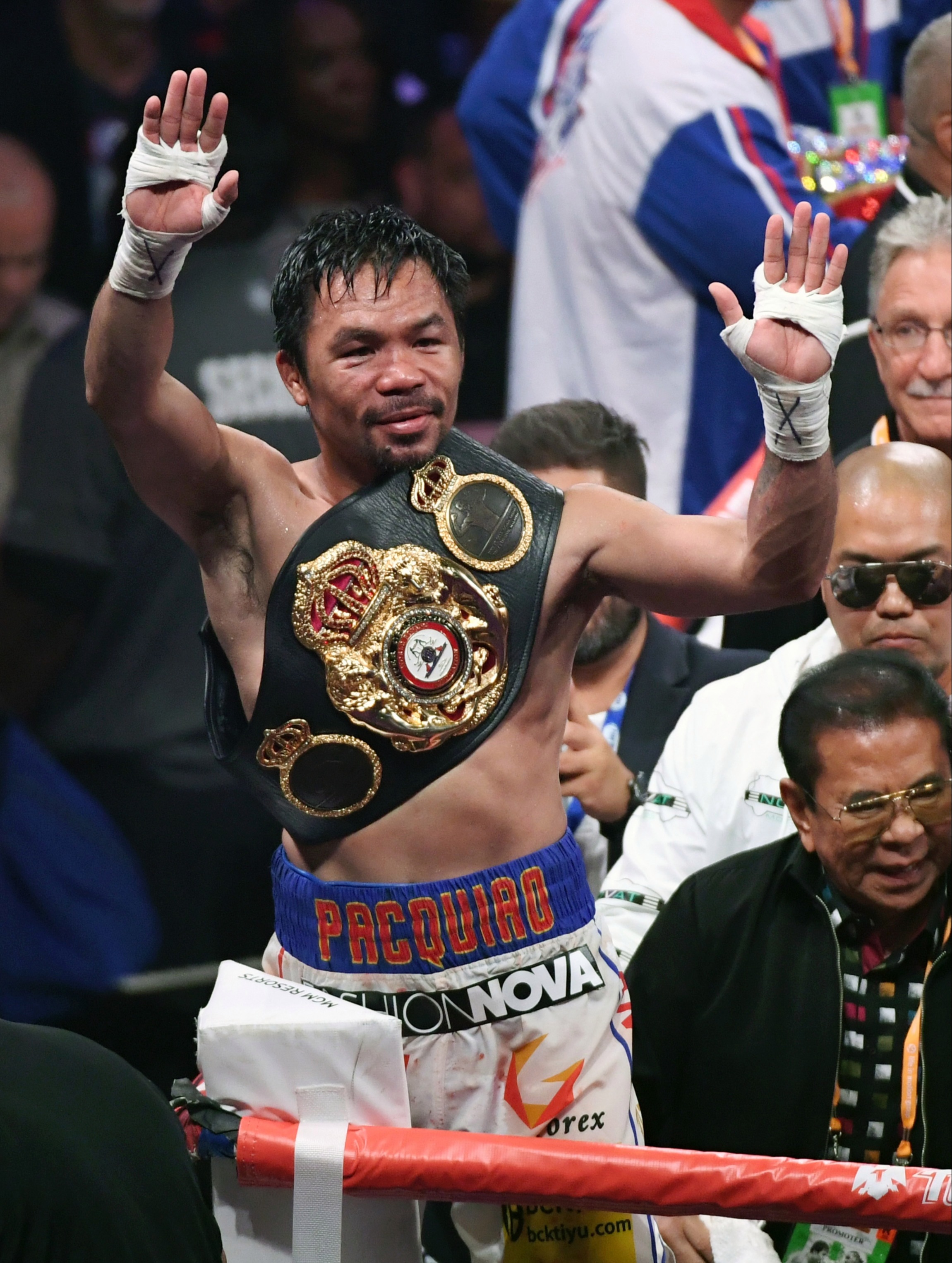 The Ring Magazine also voted to have their title on the line, despite usually having the vacant belt contested only between their top two ranked fighters.

A FOURTH strap could have been involved too, after the WBA's board of governors voted on the potential reinstatement of Pacquiao as their champ.

But they ultimately decided against it, with Yordenis Ugas keeping his status having been elevated from the WBA's secondary 'Regular' champion.

The WBA in January announced PacMan, 42, was stripped due to inactivity, with Cuban Ugas, 34, upgraded.

The governing body announced per their ruling, when a champ is unable to defend the belt for medical, legal or other reasons beyond his control, he may be named champion in recess.

Pacquiao has not returned to the ring since he won the title against Keith Thurman, 32, in July 2019.

But due to the coronavirus pandemic, he was not able to make a comeback – falling into the 'other reasons beyond his control' section.

Pacquiao, who has won titles in EIGHT divisions, is now in Los Angeles training with long-time coach Freddie Roach ahead of his return.

Roach revealed his star pupil is still motivated by proving bookmakers wrong as he bids to become the first man to ever beat southpaw Spence.

He said:  “Manny lives for the challenge and the competition.  Manny loves hearing that the Las Vegas odds and the media favour Errol Spence.

“Manny knows it’s a tough fight – probably his toughest – but that’s why he began his conditioning so early in the Philippines.

"Usually, jet lag keeps him out of the gym for one day the first week he arrives in Los Angeles.  Not this time.

"He has been here every day, training two and half to three hours each afternoon.

"I usually hold off sparring the first week, but Manny insisted on sparring yesterday, so we brought in Maurice Lee and Alexis Rocha, who went two rounds each with Manny.

"Manny has achieved so much in his boxing career and in his life.  But everyone in camp can sense this fight has a special meaning.

"It is not just about beating a top pound-for-pound fighter or winning more titles.  This time it’s all about boxing immortality for Manny Pacquiao."