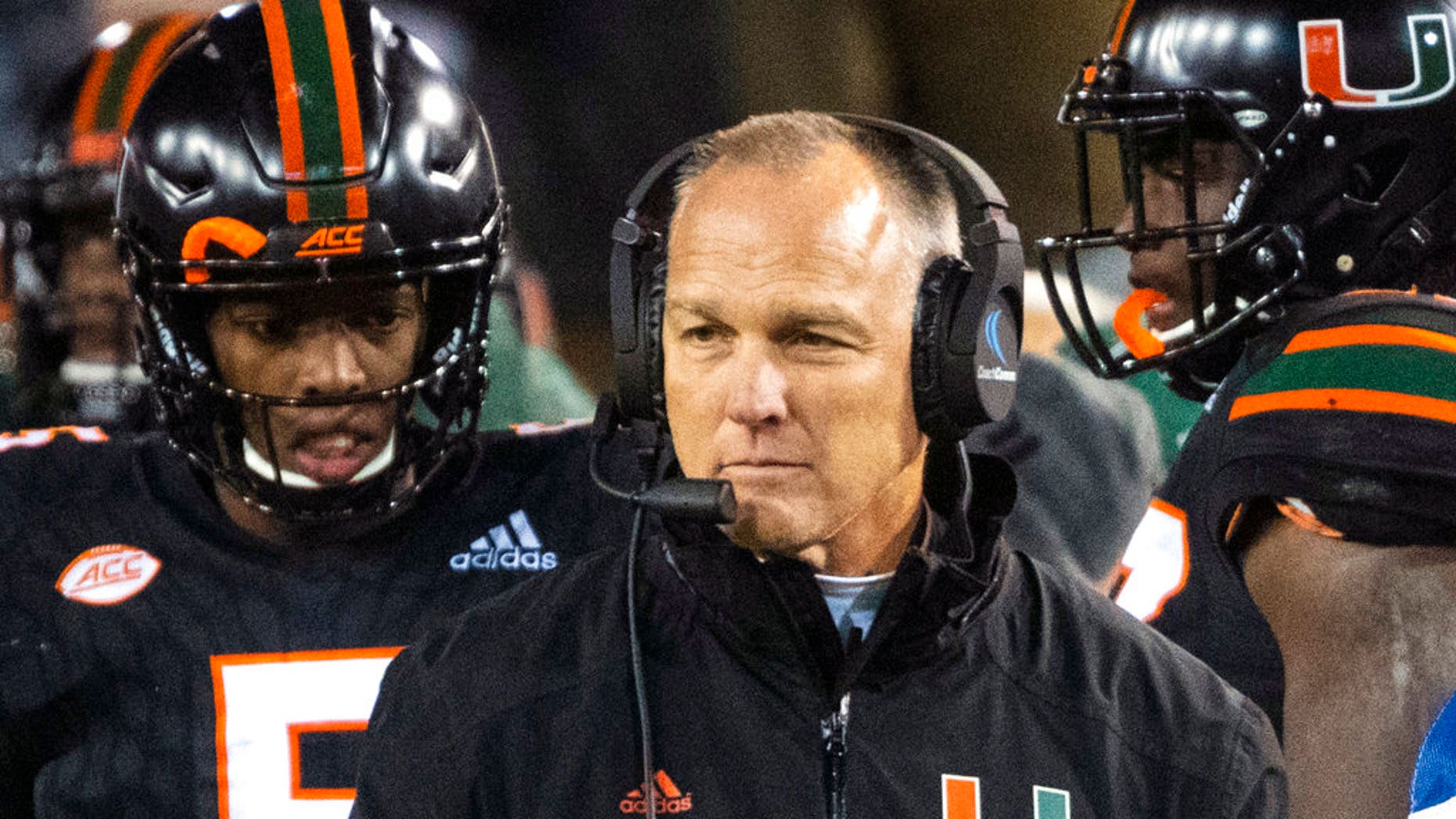 FILE: Miami coach Mark Richt walks the sideline during the second half of an NCAA college football game against Georgia Tech in Atlanta.
(AP)

CORAL GABLES, Fla. – Manny Diaz is back at Miami, before he ever left. And a most whirlwind day for the Hurricanes has Diaz taking over as the school's head football coach.

Diaz agreed Sunday night to become Miami's coach — hours after Mark Richt stunned the school by announcing his retirement. The Hurricanes announced the move about 10 hours after Richt's retirement was made public.

Diaz was Miami's defensive coordinator under Richt for three years, and agreed earlier this month to take over as the coach at Temple.

He never made it to the Owls. The Turnover Chain is staying in Miami. So is its originator.

"Miami is home," Diaz said. "The University of Miami is home. The U has truly been `the job' for me since I first got into coaching. Having worked here over the past three years, I came to understand what it means to be part of `The U' and came to appreciate the passion and commitment to excellence of all who proudly call themselves Canes.

"We will restore the football program to its place among the nation's elite and we will do it with hard work, dedicated coaches, and outstanding student-athletes."

The 58-year-old Richt told his staff Sunday morning that he was retiring and informed athletic director Blake James of his decision around the same time. With players away for the holiday break, Richt and James alerted them by text and email shortly before the school issued a news release.

Miami struggled to a 7-6 record this season, falling to Wisconsin in the Pinstripe Bowl on Thursday night. The Hurricanes have lost nine of their last 16 games going back to a 10-0 start last season and were horrendous on offense at times in 2018 — totaling just 100 passing yards in their last two games of the season.

James said around 3:30 p.m. that a nationwide search was underway. Turns out, he didn't need to look anywhere else.

"Manny is one of the nation's elite coaches and the Canes' Family has already embraced him and his incredible work ethic over the past three years," James said. "He is absolutely the passionate and innovative leader that our program needs, and we will work together to build an incredible staff to move our program back into championship contention."