MANCHESTER, England — Inside Old Trafford, 75,572 fans stood at attention. On the field, Manchester United’s players gathered in a huddle, fresh from victory against Swansea City, arms draped around each other’s shoulders.

In the center circle, Alex Ferguson shuffled from foot to foot. He was about to say goodbye to the club he had managed for 27 years. This had been his final home game, his final league title, his final triumph. He had “no script” for the speech he was about to give.

As Ferguson planned what he was going to say, Alan Keegan, United’s longstanding stadium announcer, had the microphone. He called Old Trafford to order. He listed Ferguson’s achievements, though everyone in attendance knew them by rote. He described the club the Scot had built: “rulers of English football, the most revered club in the land.”

“We have history at our mercy, and our destiny is firmly in our own hands,” Keegan said.

Finally, the rain pouring down, soaking him through, Ferguson spoke. He thanked the fans, the club, the staff. He informed the crowd that their “job is now to stand by your new manager.” He offered a final instruction to the players, too. “Don’t ever let yourselves down,” he said. “The expectation is always there.”

That was May 2013. Old Trafford was that sort of place then, the center of English soccer’s greatest empire. Ferguson’s power was absolute. A few days previously, he had summoned David Moyes, his handpicked replacement, to his home. He had not asked him if he wanted the job. He just told him he had it. His wish was his command. He spoke, and the fans and the players listened. It felt like the sun would never set.

Not yet six years on, English soccer’s landscape has undergone an almost unimaginable shift. When Manchester United meets Cardiff City on Saturday, those fans’ job is to get behind their fifth manager since Ferguson’s departure; Ole Gunnar Solskjaer, a much-loved former player, has been appointed as caretaker after the sacking of Jose Mourinho. He is on loan from his Norwegian club, Molde FK, until the season’s end. His last managerial job in the Premier League was with, coincidentally, Cardiff.

Manchester United is no longer a team that can regard itself as the ruler of English soccer. It has not won the Premier League since Ferguson’s departure. It has reached just one Champions League quarterfinal. In two of the last five years, it has not even taken part in Europe’s elite competition. It is, most certainly, not the most revered team in the land. 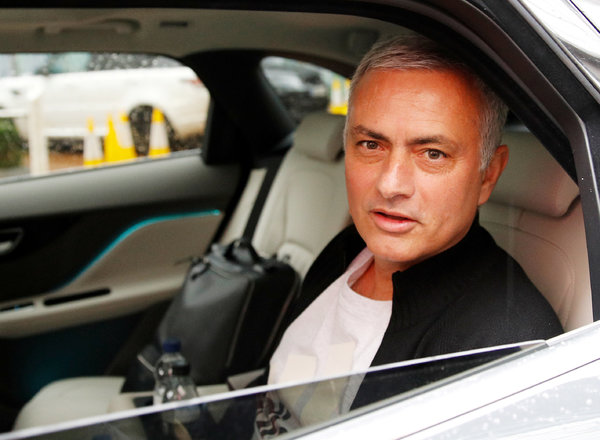 Ever since the rain-soaked day that Ferguson left, this is a club that has let itself down.

To many, the cause of that failure is in the one field where United still leads the world: For all the disappointments of the last five years, it remains a corporate and commercial juggernaut. In September, it registered record revenues of 590 million pounds ($748 million), despite another disappointing display in the Champions League.

It is a social media behemoth, too. As Richard Arnold, its managing director, said on a conference call, Manchester United has more Facebook followers than the N.B.A., the N.F.L., the N.H.L. and Major League Baseball combined.

It does not need to be successful to make money or to be popular. Manchester United has, the theory runs, focused so much of its attention on its off-field business that its on-field performance has been left to drift.

There is some merit to that assessment; certainly, it raises an interesting question as to whether the game’s elite clubs any longer need to win games and trophies to turn a profit, and if they do not, at what point those in charge of running profitable enterprises are likely to notice that something is wrong.

Yet those with an intimate knowledge of how the club is run suggest that the problem is, in fact, the polar opposite. United is not suffering because too few people are employed to think about how to improve the team, but because there are too many.

When Ferguson left, Ed Woodward, United’s executive vice chairman — the man who runs the business on behalf of the owners, the Glazer family — insisted repeatedly that he did not see the need to appoint a technical director, someone to oversee the sporting operation while he focused on the commercial side.

Despite being employed by every major club on the planet, that model, he felt, did not work for United. Together with the manager and the recruitment department, Woodward was adamant that he had the global network to bring in the superstars he felt United, as a brand, required. On one occasion, he gleefully held up his cellphone to a group of journalists to show that Jorge Mendes, soccer’s most powerful agent, was calling him.

Under Woodward’s auspices, though, United’s recruitment operation has been a mess. Though it has wasted millions on poor signings, just as damning is the money it has not spent: spending months preparing deals for the likes of Toni Kroos, Cesc Fàbregas and Cristiano Ronaldo, only to find them signing for rivals or being given more lucrative contracts at their current clubs. Last January, United called to ask how much it would cost to sign Virgil van Dijk from Southampton as he was having a medical evaluation at Liverpool. The paperwork had already been signed.

Until July, the club had three employees nominally running the recruitment department: Marcel Bout, the head of international recruitment; Javier Ribalta, the head of recruitment; and Jim Lawlor, the chief scout appointed under Ferguson. (Ribalta has since left to take a position at the Russian club Zenit St. Petersburg.)

The three oversaw an army of 55 full-time scouts around the world: one watching senior players and one for junior players in every major market on the planet. Manchester City, the Premier League champion and, to most eyes, the gold standard of player recruitment, has just 35.

The result has been a surfeit of information and a dearth of responsibility, as competing factions jostle for supremacy. Agents, like Mendes and Paul Pogba’s representative, Mino Raiola, have drifted in and out of favor (all four players that United signed in 2016 came from Raiola’s client list). Where City and Liverpool, in particular, can move swiftly and nimbly in the market, United is slow, lumbering.

That applies in other fields, too. The academy is overseen by John Murtagh, Nick Cox and Nicky Butt. They serve as head of youth development, academy operations manager and head of academy.

As with recruitment, it is hard to discern a clear plan, a grand vision; just a club made heavy by its bloated staffing levels, stuck between legacy appointments and new hires. In some cases, executives have two personal assistants, one longstanding, the other brought in to replace someone who has not left.

That lack of decisiveness, of direction, is evident elsewhere. United was forced to pay Marouane Fellaini, the midfielder, “double” what he had initially asked for — according to Eladio Paremes, a former spokesman for Mendes — because it delayed for so long over offering him new terms. Other players, unable to agree to a deal, have had automatic one-year extensions triggered in order to buy the club time.

Though the youth structure has improved considerably in recent years, United still does not pay expenses for those enrolled in its development programs; most of its rivals do. Unlike City, it does not place its scholars in one of Manchester’s most illustrious private schools. In July, its respected head of youth scouting, Derek Langley, left because of his belief that the club’s leadership was not listening to his concerns.

The result is a club lacking in direction and vision, unaware of what it wants to be. Woodward has, at least, climbed down on the need to appoint a technical director. Part of the reason Solskjaer has been brought in short term as manager is to allow the club time to identify the right candidate for the senior position.

When Ferguson left, Manchester United’s destiny was in its own hands. It has squandered that privilege. Now, it is in a race simply to keep up, to make sure it is not consigned to history.