Manchester United have announced the signings of Marc Jurado from Barcelona and Alvaro Fernandez from Real Madrid.

United have also confirmed the signing of Isak Hansen-Aaroen from Norwegian side Tromso but are still awaiting international clearance for the 16-year-old. 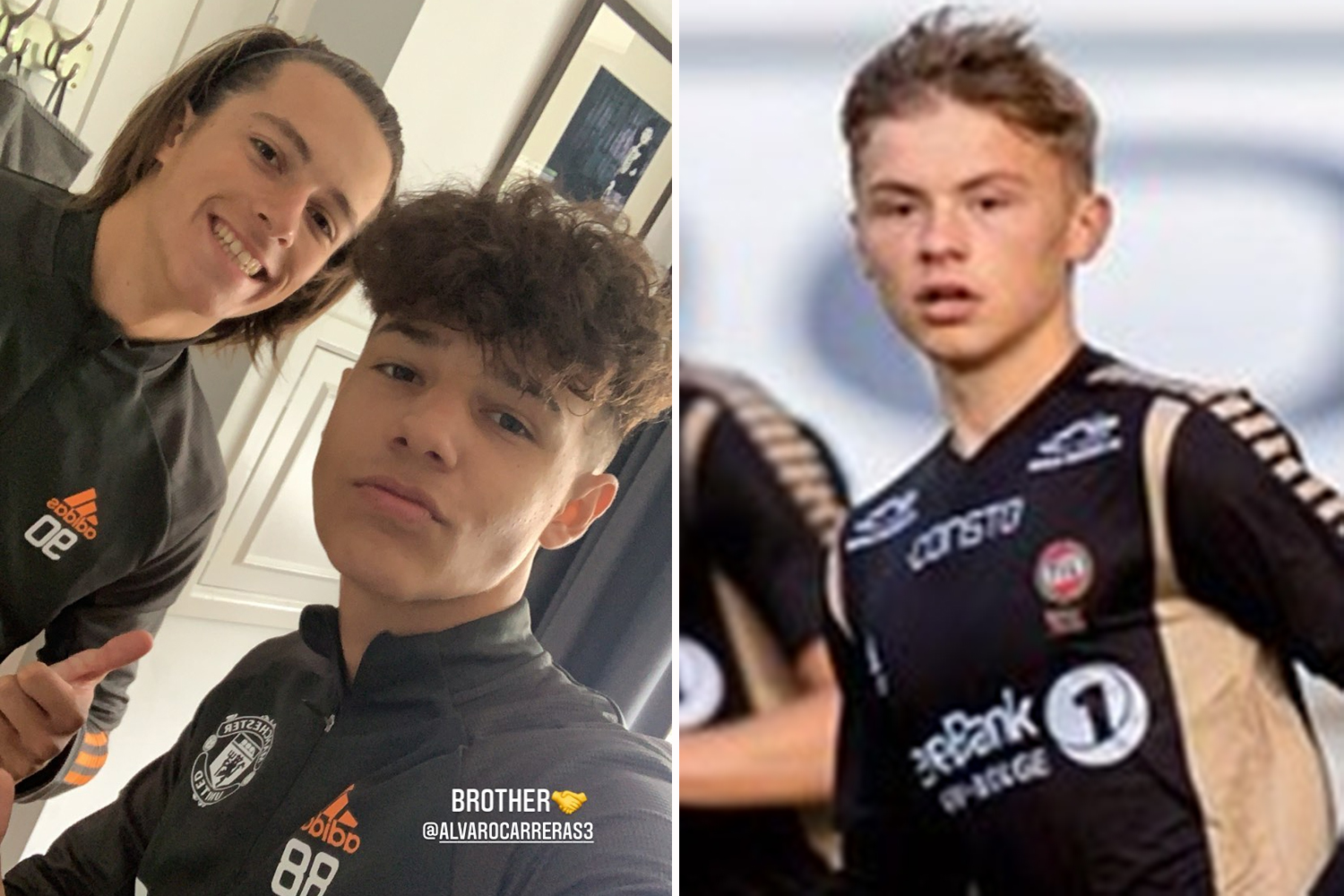 Jurado, 16, and Fernandez, 17, have been in quarantine since arriving in Manchester last month but have now received international clearance for the Spanish duo to join United's academy.

Players require clearance from both relevant football associations before an international transfer can be approved.

Full-backs Jurado and Fernandez have already started intensive English lessons and were introduced to their new academy coaches via Zoom calls.

Arnau Puigmal and Mateo Mejia, two Spaniards already on the Red Devils' books, have also been FaceTiming the pair to help them settle.

United have also given Jurado and Fernandez documentaries to watch about the club and the city of Manchester to help them adjust.

United beat Arsenal and Tottenham to the £300,000 signing of 16-year-old striker Hugill from Sunderland in May.

The 16-year-old was joined at United by Black Cats teammate Pye, also 16, while Czech goalkeeper Vitek arrived from Sigma Olomouc.

They look set to be joined at Carrington by Manchester City starlet Charlie McNeill, who has rejected a professional contract at the Etihad.

United are busy finalising a £750,000 deal to bring McNeill back to the club he supports and the England youth international will be placed in the under-23 team.

Man United have also agreed a deal for Atletico Madrid youngster Alejandro Garnacho, with the striker due in Manchester later this week.