LEEDS star Raphinha could become the subject of a transfer battle between Manchester United and Liverpool, according to reports.

After leaving Rennes for Yorkshire in October, the Brazilian winger has been a key man at Elland Road. 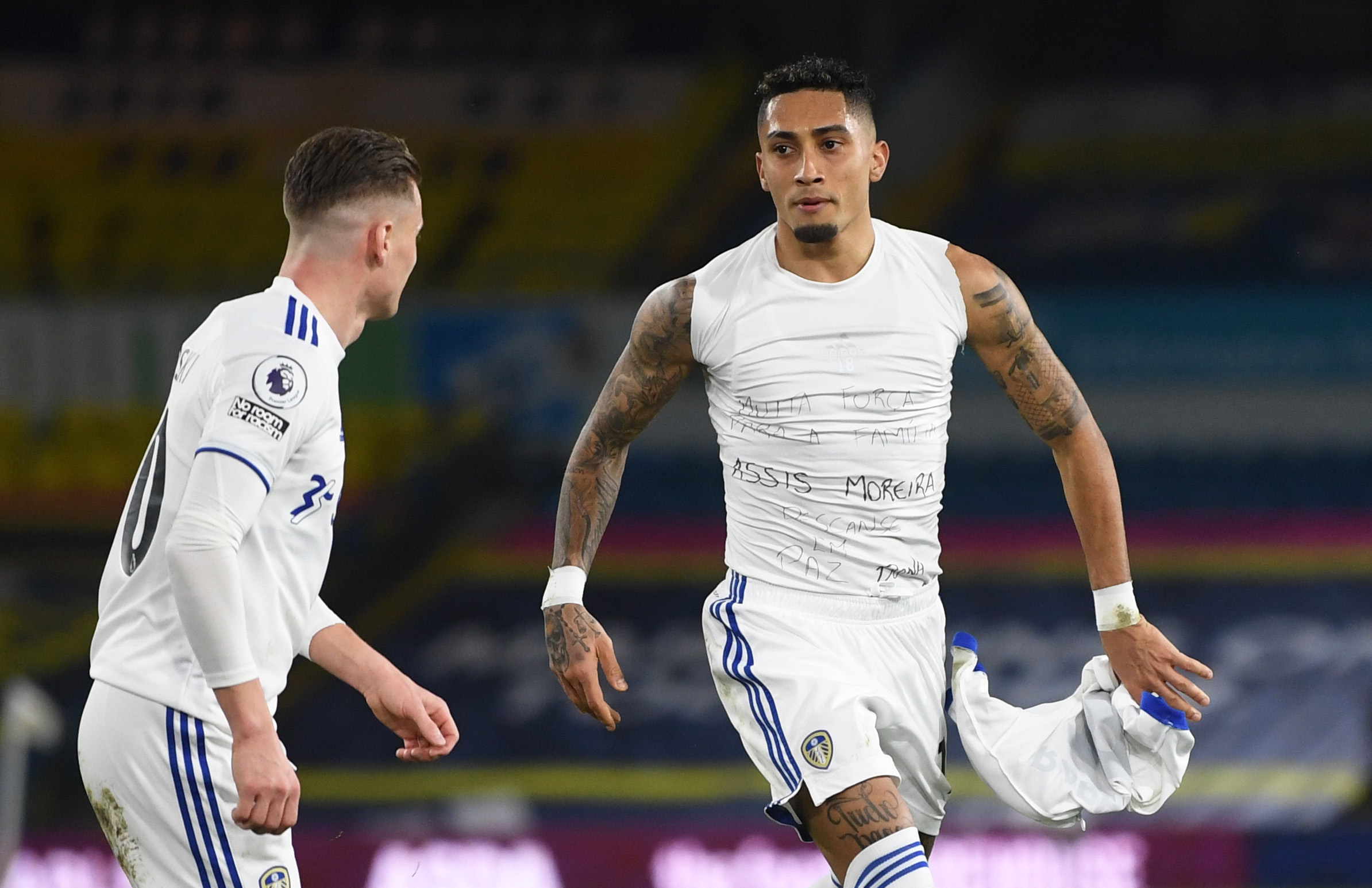 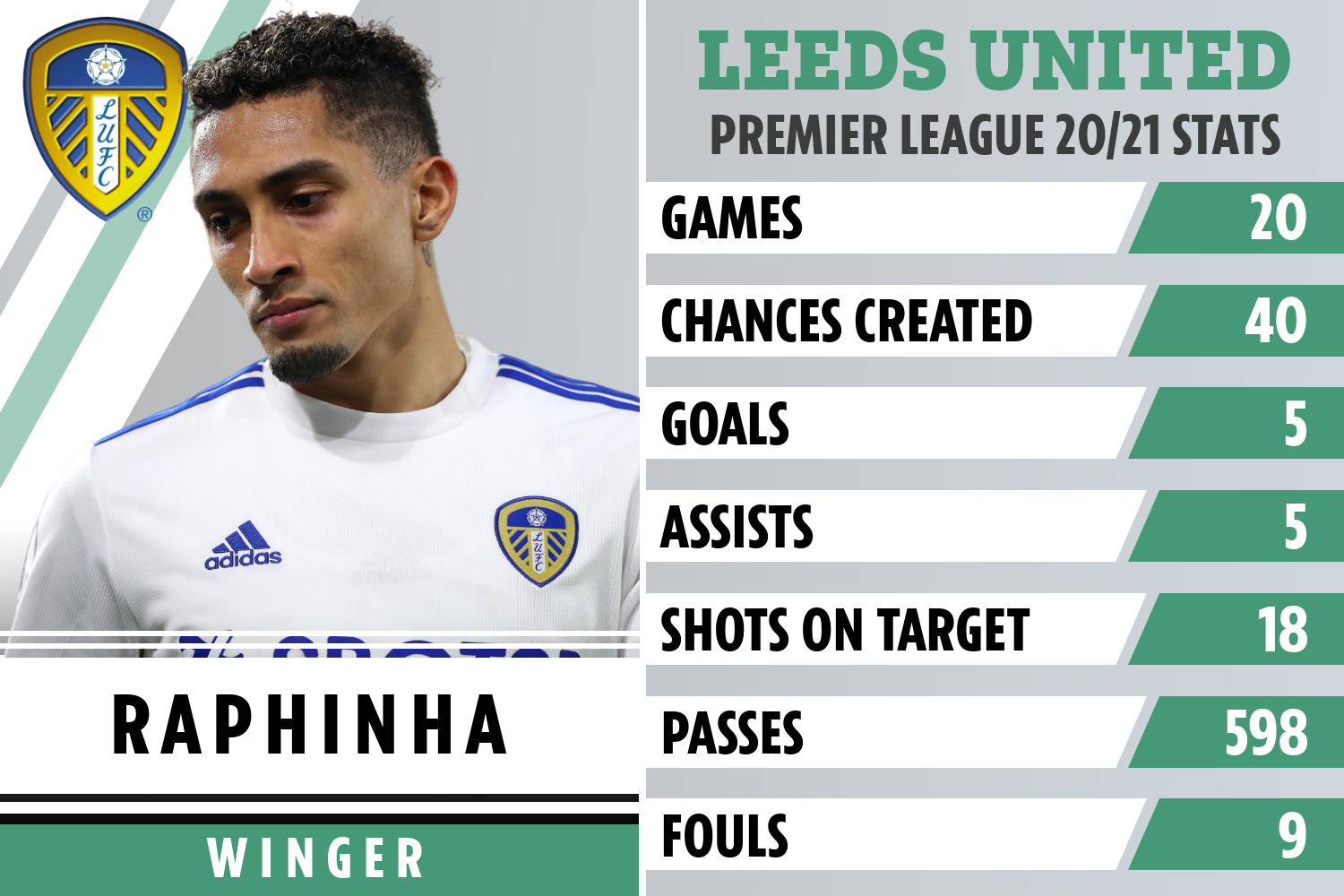 His form has alerted the likes of United and Liverpool, among others ahead of the summer transfer market.

SportItalia report on the interest, with Leeds ready to fight to keep hold of the 24-year-old.

The Whites forked out £17million for Raphinha last year following a single season in France.

Scoring a winner past Everton in only his second start for the club, he has gone on to bag five goals and five assists this season.

Netting again versus Southampton in midweek, the Brazilian revealed a heartfelt tribute to Ronaldinho's mother after she passed away aged 71.

Both the footballers' families hail from Restinga neighbourhood of Porto Alegre and Raphinha dedicated his goal to Miguelina, revealing a message to the family on his vest during the game.

The best thing you can do with spontaneous players like this is to let them be themselves.

Speaking after the game, Marcelo Bielsa outlined why the attacker has become such a big asset to his team.

The Leeds boss said: "He’s a player who unbalances by himself.

"He’s very ambitious, very competitive. It’s not a very common mix because he works a lot and on top of that he is creative and can unbalance.

"I sincerely think I can add very little to his game. The best thing you can do with spontaneous players like this is to let them be themselves."

A defender is reportedly high on Manchester United's agenda ahead of the summer.

Sevilla's Jules Kounde is one target featuring in gossip columns with there also talk of an attacking addition such as Raphinha.

Leeds will fight tooth and nail to keep him but both United and Liverpool would hope to dangle Champions League football his way.

However, defenders are also being more commonly linked with the Anfield giants of late with Fiorentina ace Nikola Milenkovic and Lille's Sven Botman both named in reports.