LOTTE WUBBEN-MOOY’s freak own goal spared the champs’ blushes in the dying moments and denied the Gunners the chance to go top.

Arsenal were getting ready to celebrate their first win over the Blues in TWO YEARS after Beth Mead had put them ahead with a late strike the 86th minute. 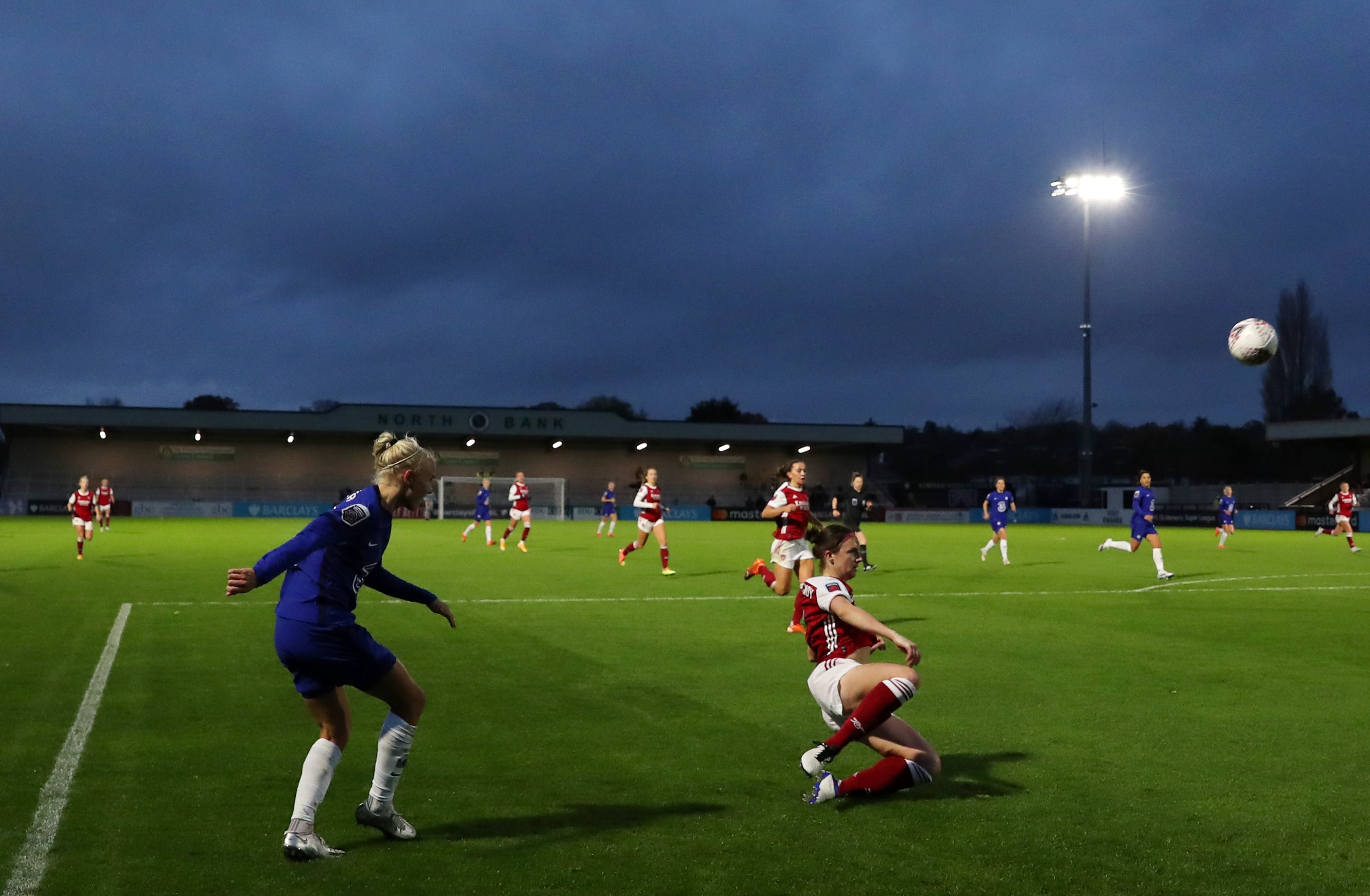 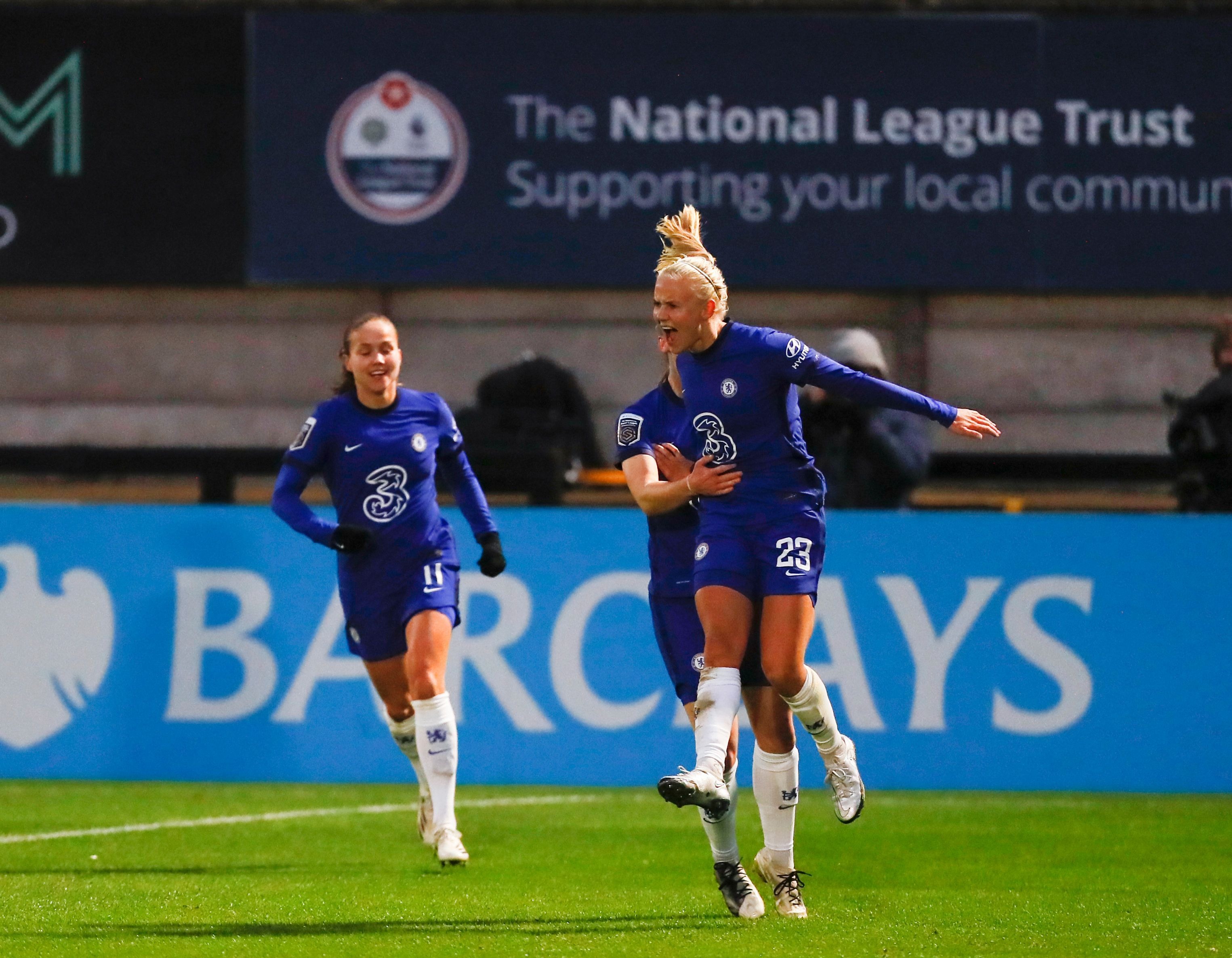 The tannoy blared out Wubben-Mooy’s name as the deserved man of the match for her gut busting defensive show – but it only proved to be a kiss of death.

Pernille Harder charged down the right and sent an inch-perfect cross ricocheting off the Arsenal centre-back’s calf and into the net on the 90th minute.

The deadly Danish striker proved she is worth every penny of her record price tag after conjuring up that freak, late twist.

Boss Joe Montemurro joked: “We’ll have to speak to the announcer next time not to announce man of the match!

“I’ve got to commend Lotte, under a lot of pressure, under the situation, she looked like a seasoned professional today.

“I’ve probably never been more disappointed not to take all three points.” 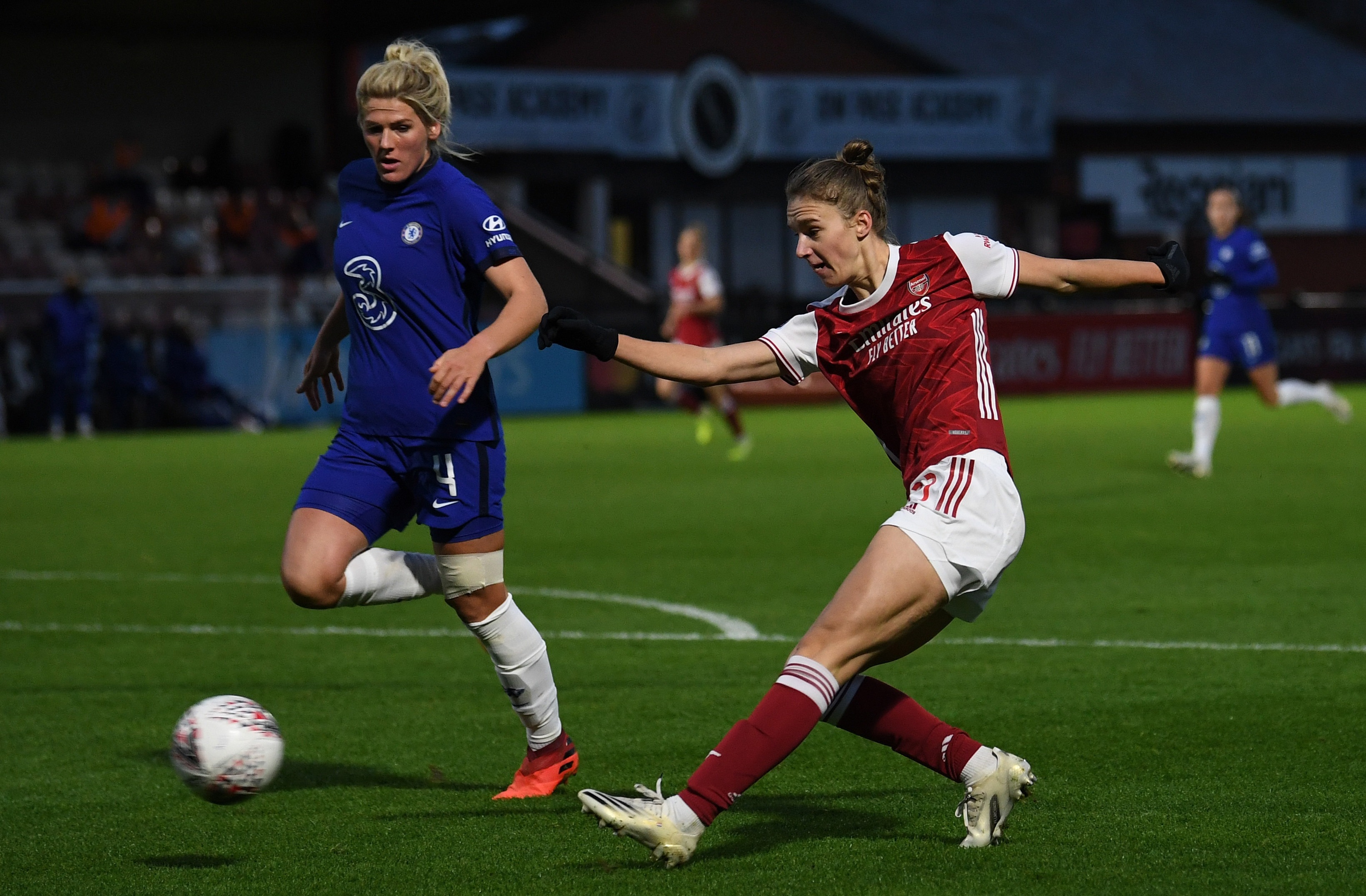 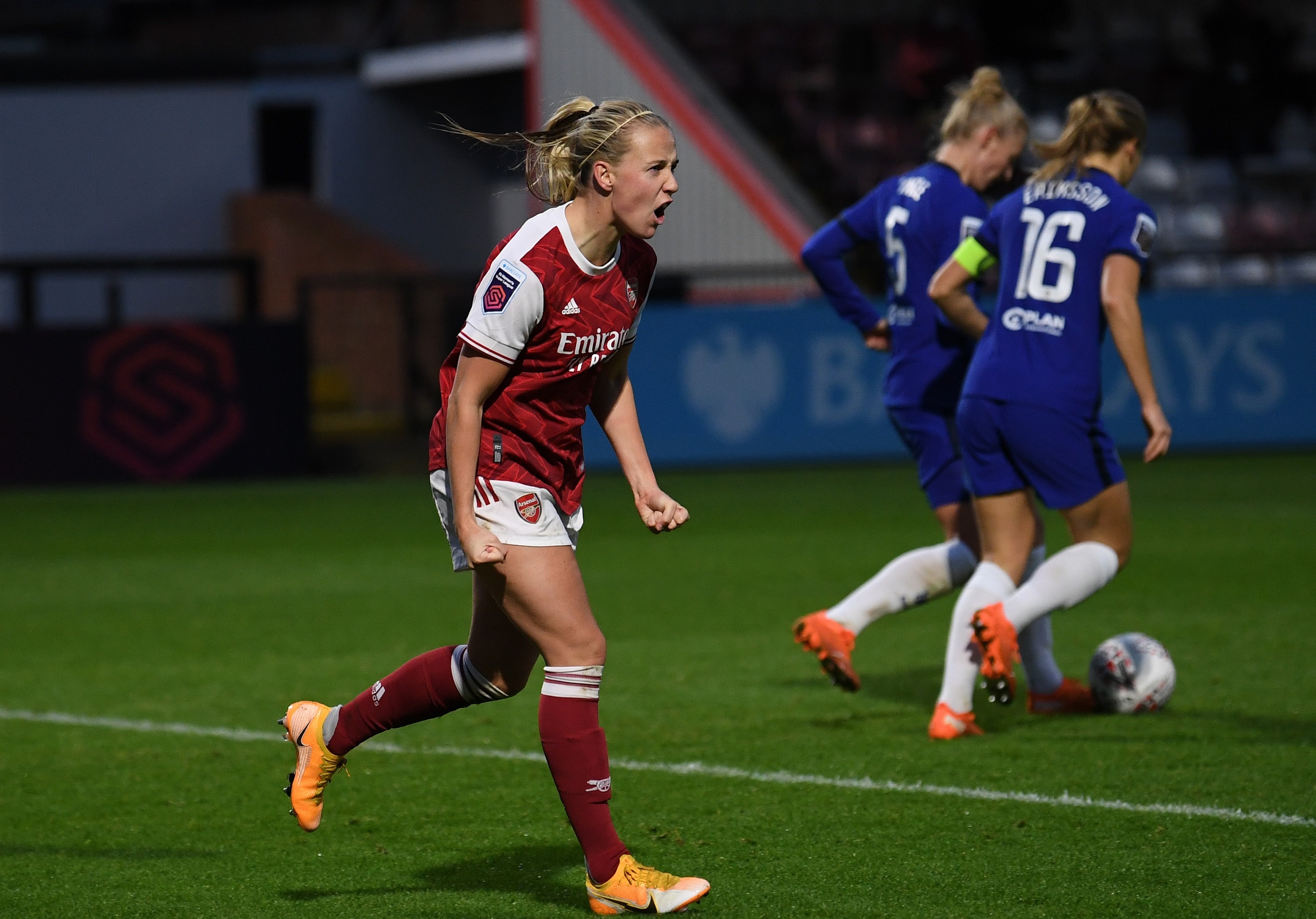 All-time WSL top-scorer Vivianne Miedema may not have found the net in the last five meetings with Chelsea but it was her moment of brilliance which sent the Gunners on their way.

The Dutch dynamo charged down the left-flank, shimmied beyond Millie Bright and played a perfectly weighted ball into the path of Mead who volleyed home.

Arsenal lost 1-0 last-time out to top-flight newbies Manchester United but they looked like a whole new animal and so did boss Montemurro.

He had spent the trip to United uncharacteristically skulking in the dugout but this time he was back revving up his aces on the touchline.

The animated Aussie added: “It’s the Italian in me, it comes out every once in a while!

"I just felt we were able to keep the energy up and keep the alertness, in all modes of the game.

“I was probably a little bit more vocal than I normally am. It might be the new Joe Montemurro.”

Moments before half-time jaws hit the deck as Caitlin Foord space and sent a curling and dipping strike rattling off the woodwork.

And the danger wasn’t over as the ball bounced back onto the crossbar before Blues stopper Ann-Katrin Berger punched it clear.

Sam Kerr had the chance to win it in the 93rd minute after lofting a shot over Manuela Zinsberger but it flashed just inches wide.

Boss Emma Hayes said: “I think it was an average performance but an unbelievable point for us. And I'm pleased because these are the games I fear.

“What a cracking derby but it’s not great for Joe and I.

“You can do all the study in the world, when it comes to exam day it doesn’t mean you will come up with a good performance.”