The Hammers have been in good recent form however and picked up an excellent point last time against Manchester City. 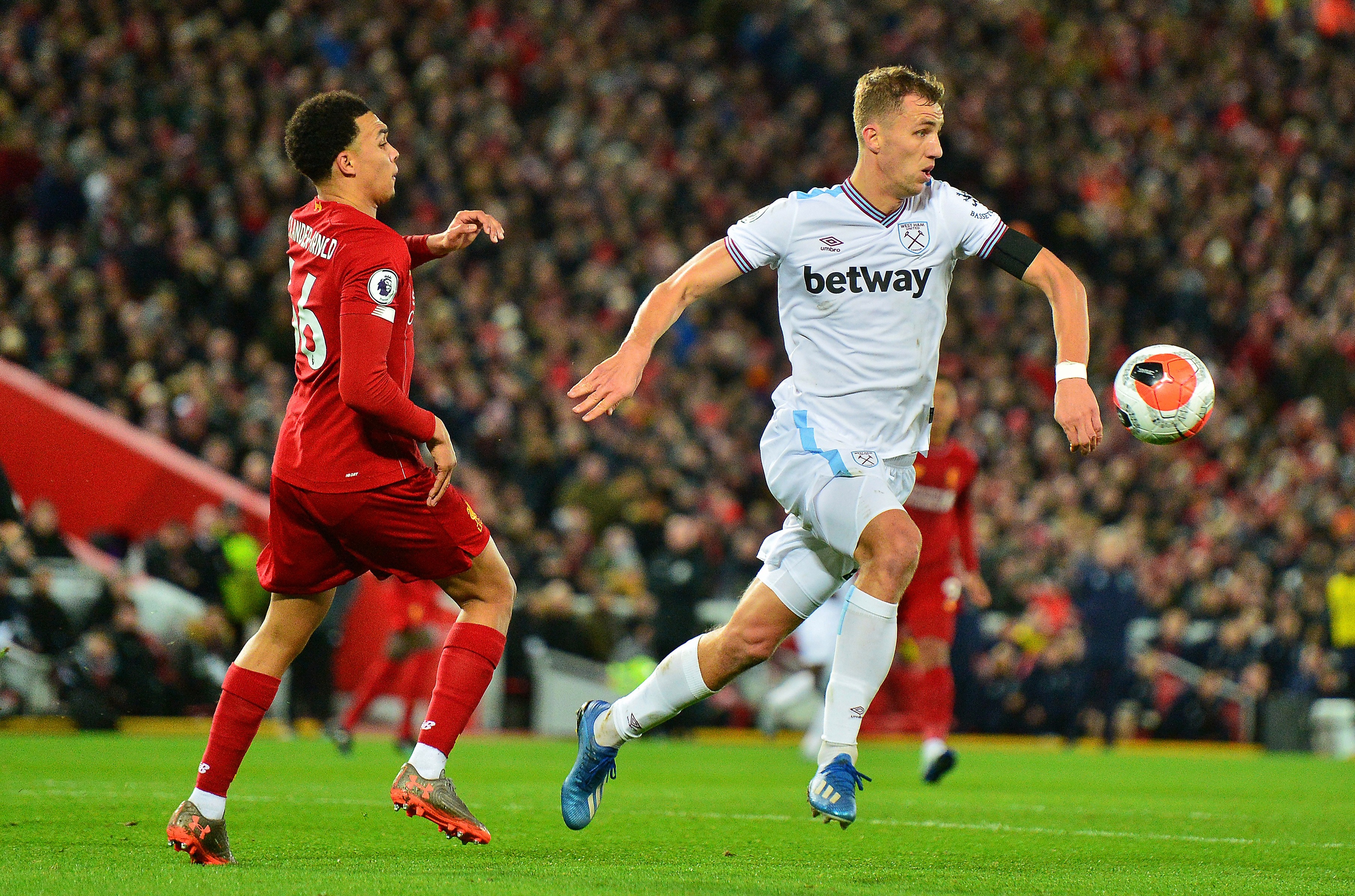 What time does Liverpool vs West Ham kick off?

What TV channel is liverpool vs West Ham on and can I live stream it?

Sky Sports customers can live stream the game on the Sky Go app.

Non-subscribers can still tune in by purchasing a NOW TV pass from £9.99.

You can also listen to EXCLUSIVE live commentary on talkSPORT.

The Reds will be without Virgil Van Dijk who was injured in a horrific lunge by Everton's Jordan Pickford and will likely be out for the rest of the season.

Both Mo Salah and Fabinho are also doubts for the game after picking up knocks in the win over Midtjylland in the Champions League.

The Hammers are without Michail Antonio who has been ruled out for a MONTH with a hamstring issue.