LIVERPOOL fans fear their new white away kit is "cursed" after failing to win in the new strip.

The Reds are yet to win away from Anfield in the Premier League this season with the defeat against Nottingham Forest on Saturday their third top-flight defeat.

And in a weird coincidence, Liverpool have worn their new white kit in all three losses, including against Manchester United and Arsenal.

Liverpool have won just once away this campaign – a 7-1 victory over Rangers, where they happened to be wearing red.

Jurgen Klopp's side were even beaten heavily by United in pre-season wearing the white jersey, leading some fans to joke that it is "cursed".

One supporter said: "The curse of this kit is real. Liverpool are yet to win an away PL match this season." 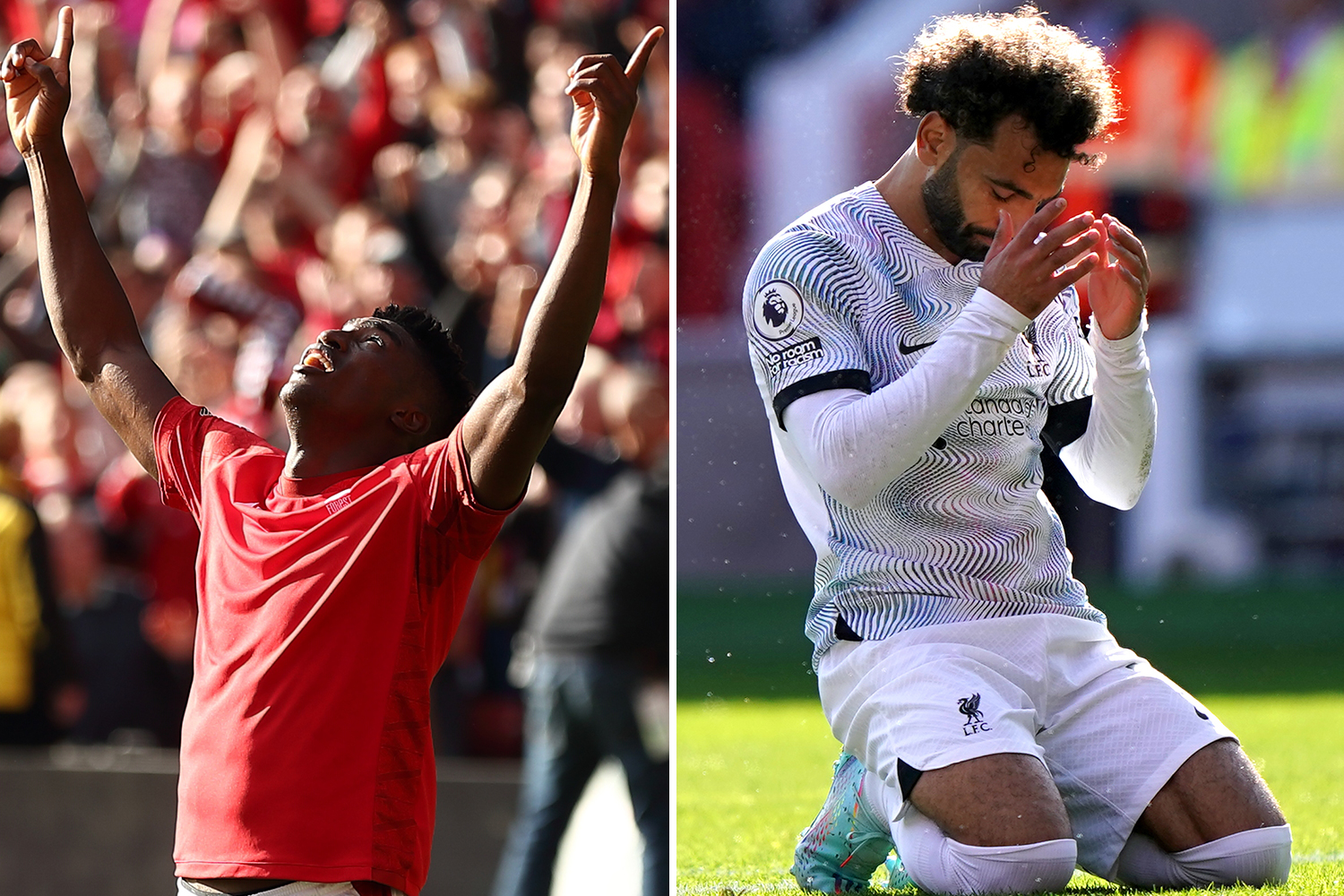 Another added: "Liverpool must wear the third kit for away games coz this white one… nothing good comes of it."

And a third wrote: "Liverpool have lost every single game they have played wearing this absolute monstrosity of a football kit. New Balance kits are far superior!"

Liverpool do have an alternative green kit but it is yet to make its debut.

However, the Reds travel to Ajax tomorrow and could use the green kit for the first time with the Dutch side's home top featuring both red and white.

A win for Liverpool will secure their place in the last 16 of the Champions League and put them level on points with Napoli, should the Serie A side lose to Rangers.

Liverpool face the red-hot Italian giants in their final group game fixture so still have a good chance of topping the table.