JURGEN KLOPP underwent an eye operation in the summer that led to the Liverpool boss ditching his trademark glasses in the dugout.

For the Reds' opening day 3-0 win at Norwich, the German appeared in his usual tracksuit and cap getup, but without his specs. 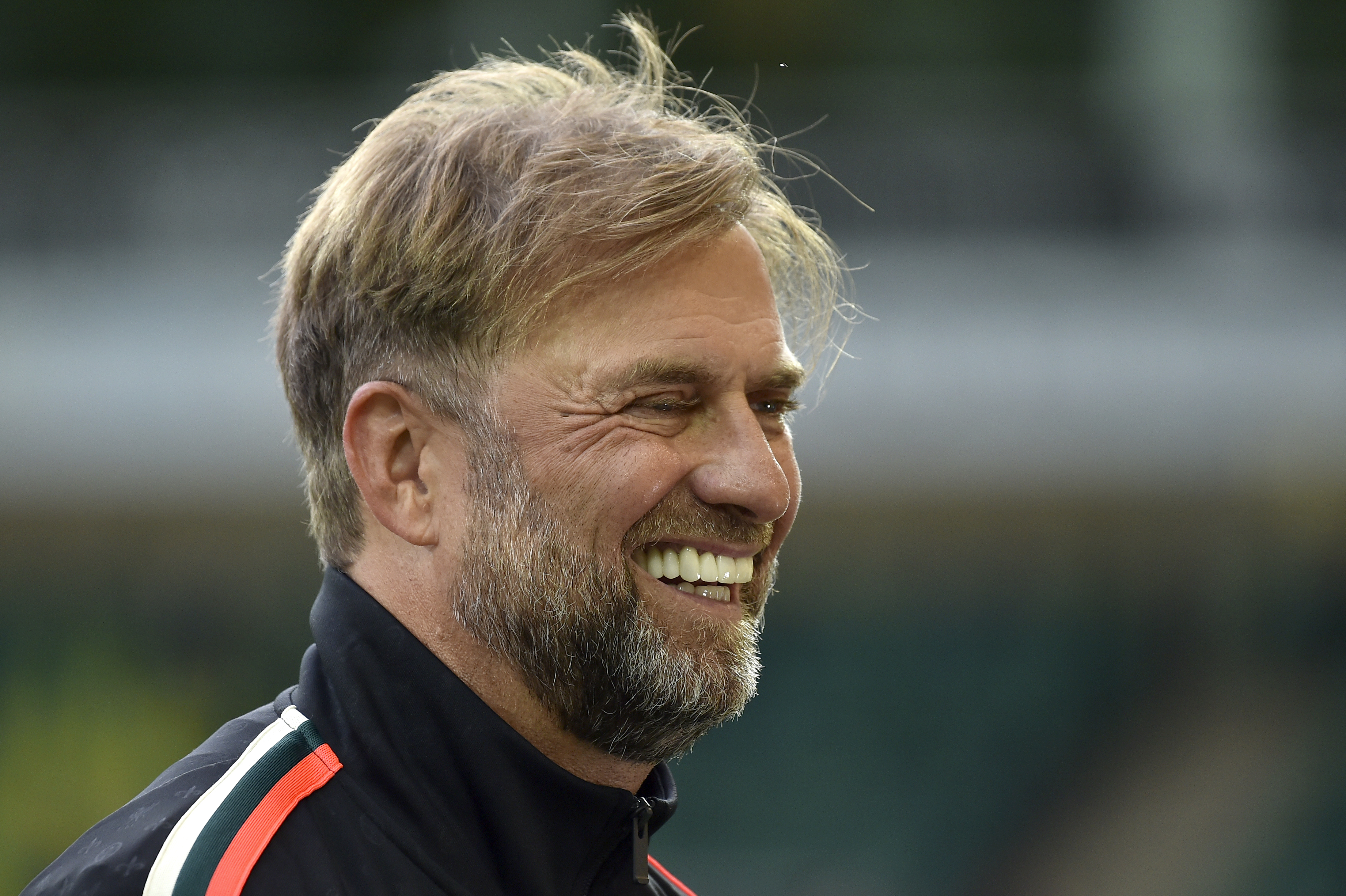 According to the Mirror, it was a result of an operation that has reduced his need for glasses.

But he is said to be planning to occasionally return to them – perhaps should his new look lose its 100 per cent winning start.

Klopp, who has never been shy about discussing previous operations to freshen up his hair and teeth, first appeared in pre-season without his eyewear.

Opticians Specsavers even tweeted that he was 'missing something' after a photograph of the 54-year-old was posted online from Liverpool's pre-season training camp in Austria.

Klopp then appeared in the dugout for friendlies against Hertha Berlin, Osasuna and Athletic Club without his glasses.

Speaking after Saturday's win, he praised his Liverpool side for a solid start to the season at Carrow Road.

Mohamed Salah set up Diogo Jota and Roberto Firmino either side of the break before whipping home a smart finish of his own.

The Reds extended their record of going goal-crazy in Premier League openers under Klopp, which now stands at 32 strikes in six games.

The boss said: "[That was] pretty much as good as it gets.

It was a very professional performance. I don’t need a 25-minute sensational spell and we lose the game.

"What you need and what you go for is the result. The result depends on the performance and I thought we were absolutely good enough to win.

"It was a very professional performance. I don’t need a 25-minute sensational spell and we lose the game.

"An away game, against a newly-promoted team, in a packed stadium for the first time, they celebrate everything so I am really happy with how we played. We can play better, that is clear but [I'm] very happy."