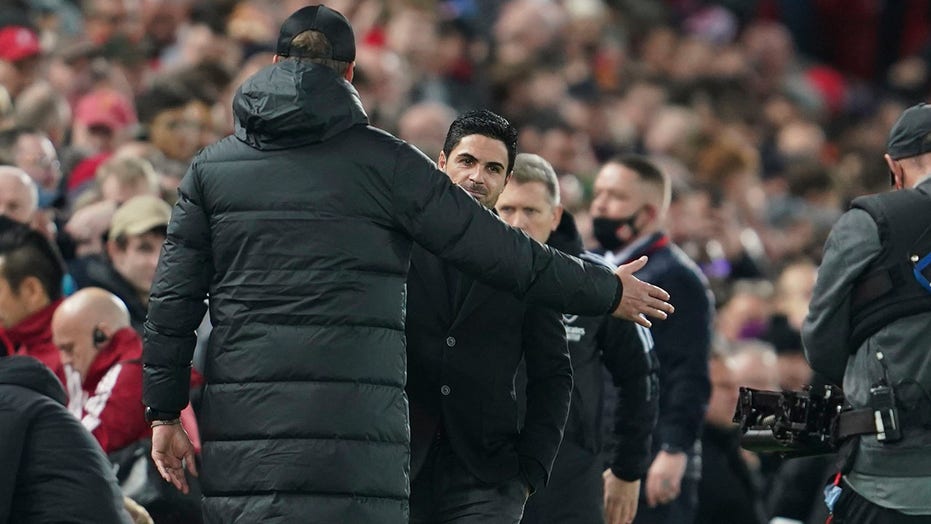 Liverpool and Arsenal managers Jurgen Klopp and Mikel Arteta had to be held back from one another other in an intense moment during their English Premier League match Saturday.

In the 33rd minute of the match, Klopp was seen screaming toward Arteta near midfield, and a referee and another coach had to separate them. 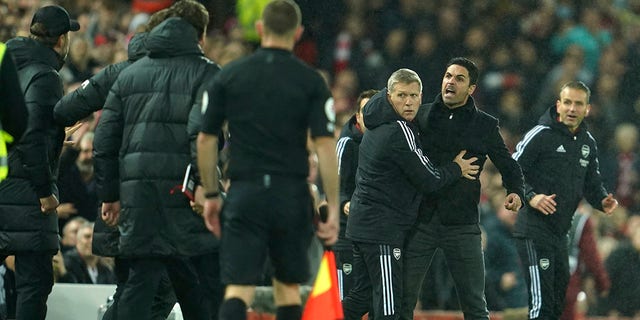 Klopp appeared to have a problem with Areta’s protest, and the two started to shout at each other.

Mane’s goal came in the 39th minute of the match. He got a cross from Trent Alexander-Arnold and headed the ball past Arsenal keeper Aaron Ramsdale. 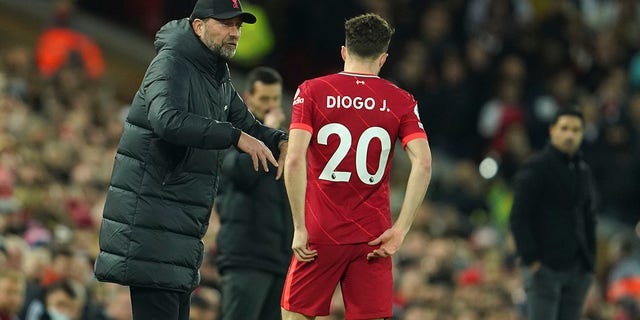 Later in the match, Liverpool went up 2-0 after a goal from Diogo Jota.

While the two managers appeared at odds, Arteta expressed admiration for Klopp and Liverpool before the game.    .

“It is difficult to judge just on this season because what they have done in recent years. I think Jurgen and his staff have managed to bring the club to the best moments in their history and to sustain it, which is the hardest thing to do,” he said, via This is Anfield.

“So they have transformed the energy around the place; I think the cohesion and energy they have created in the stadium is something special, and Jurgen has done that at other clubs he has been at so it’s a talent he has. He has built from there and obviously been extremely successful.”

Ahead of their match, Liverpool was fourth in the Premier League table and Arsenal was fifth.