IF their relentless brilliance deserted them during an injury-infested season, then Liverpool’s sheer bloody-mindedness remained.

Liverpool were not exactly 'bad champions', as Roy Keane termed them, they were battered champions who showed a winning resilience to earn the significant consolation of a Champions League place. 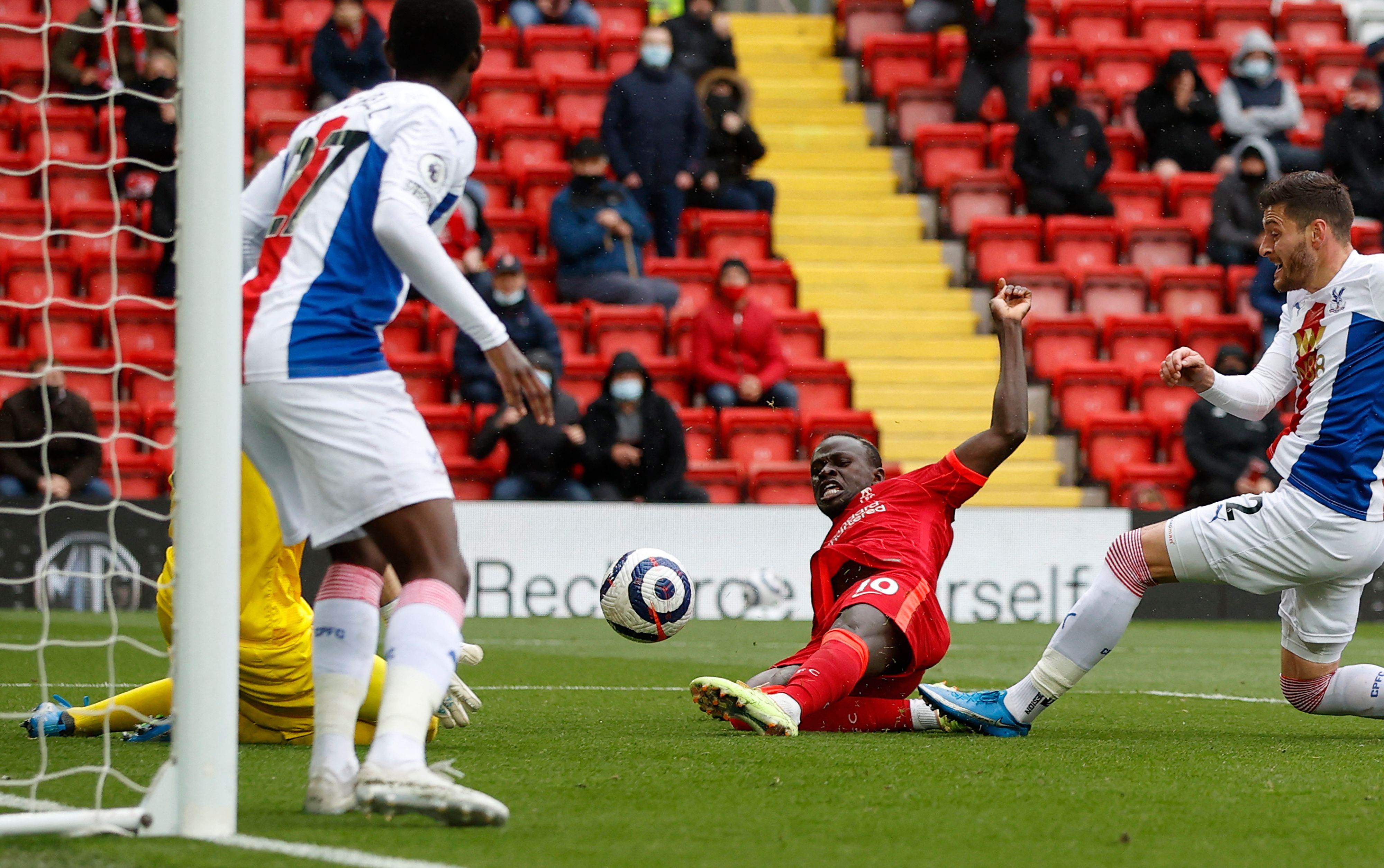 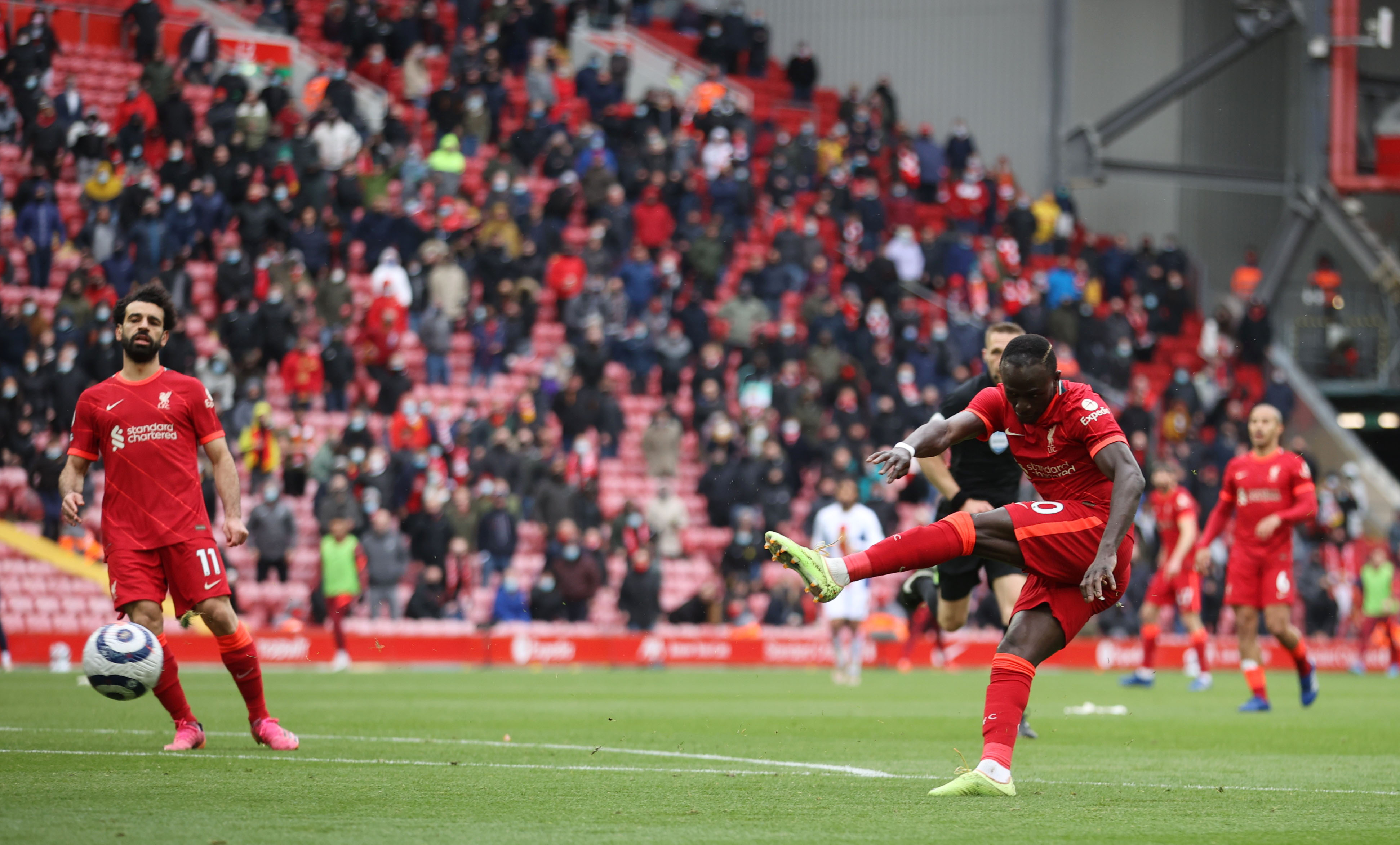 After an extraordinary campaign which included six successive defeats at a deserted Anfield, as well as long-term absences for their three senior centre-backs and skipper Jordan Henderson, nobody should sniff at a third-placed finish.

It has been quite some salvage job from Jurgen Klopp’s men – five straight wins, ten undefeated – including a miraculous 95th-minute winner from keeper Allison at West Brom last weekend.

There were no need for any such lunacy on the final day – just a return to form for Sadio Mane, who ensured Liverpool’s safe passage while drama raged elsewhere.

Mo Salah narrowly missed out on the Golden Boot and Gini Wijnaldum was given a vociferous send-off by 10,000 returning fans.

And former Liverpool boss Roy Hodgson was sent into ‘retirement’ with a familiar defeat at the stadium he called home for 192 miserable days.

Palace’s 73-year-old manager announced he will quit management, then admitted it was a case of ‘never say never’ and this a soccerholic who may soon grow tired of his pipe and slippers.

Hodgson has steered his boyhood club well clear of relegation for four successive seasons but Palace now face a major summer rebuild under his successor.

But twice in the first 13 minutes, Andros Townsend came close to snatching the lead for Palace. 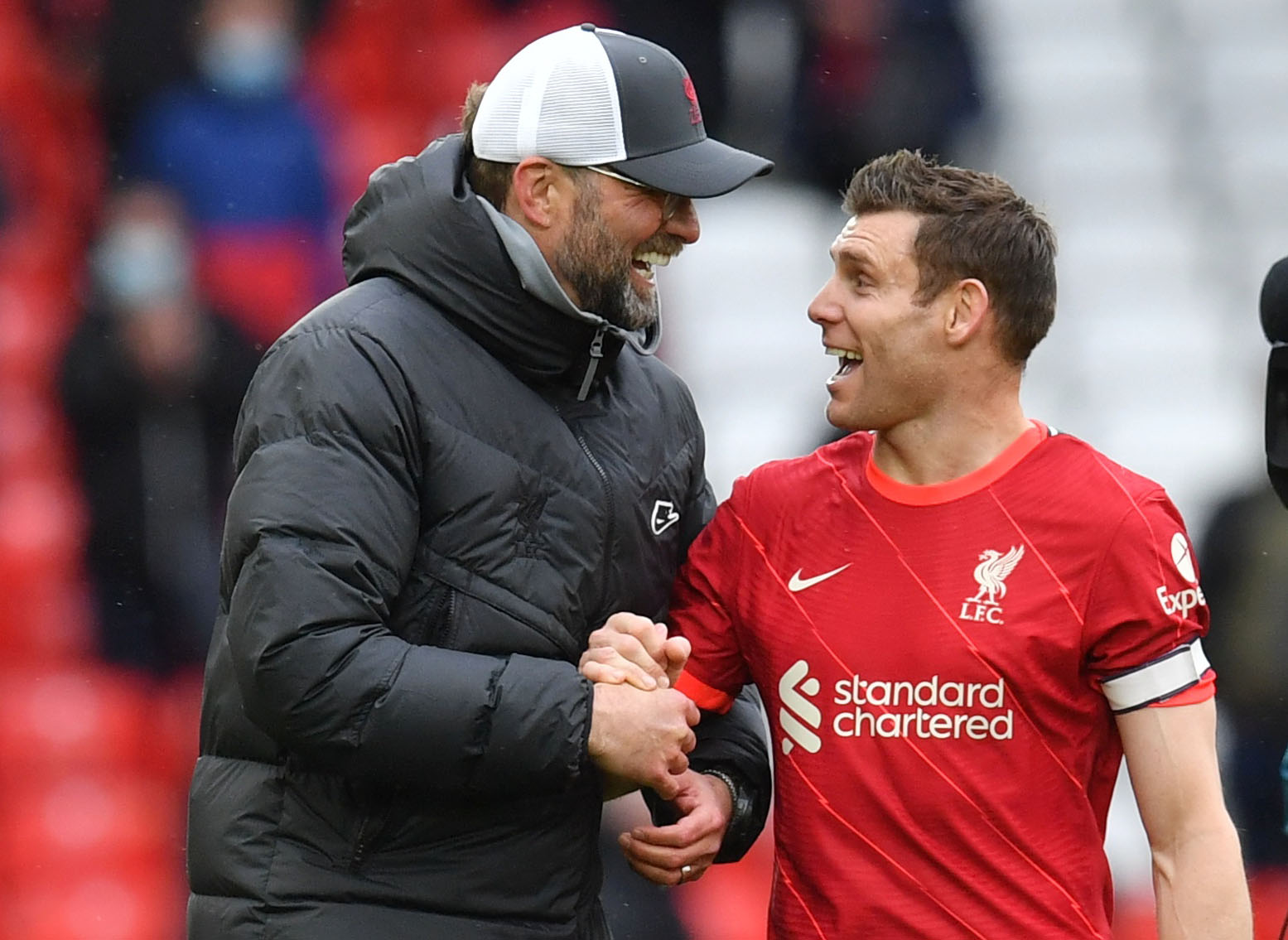 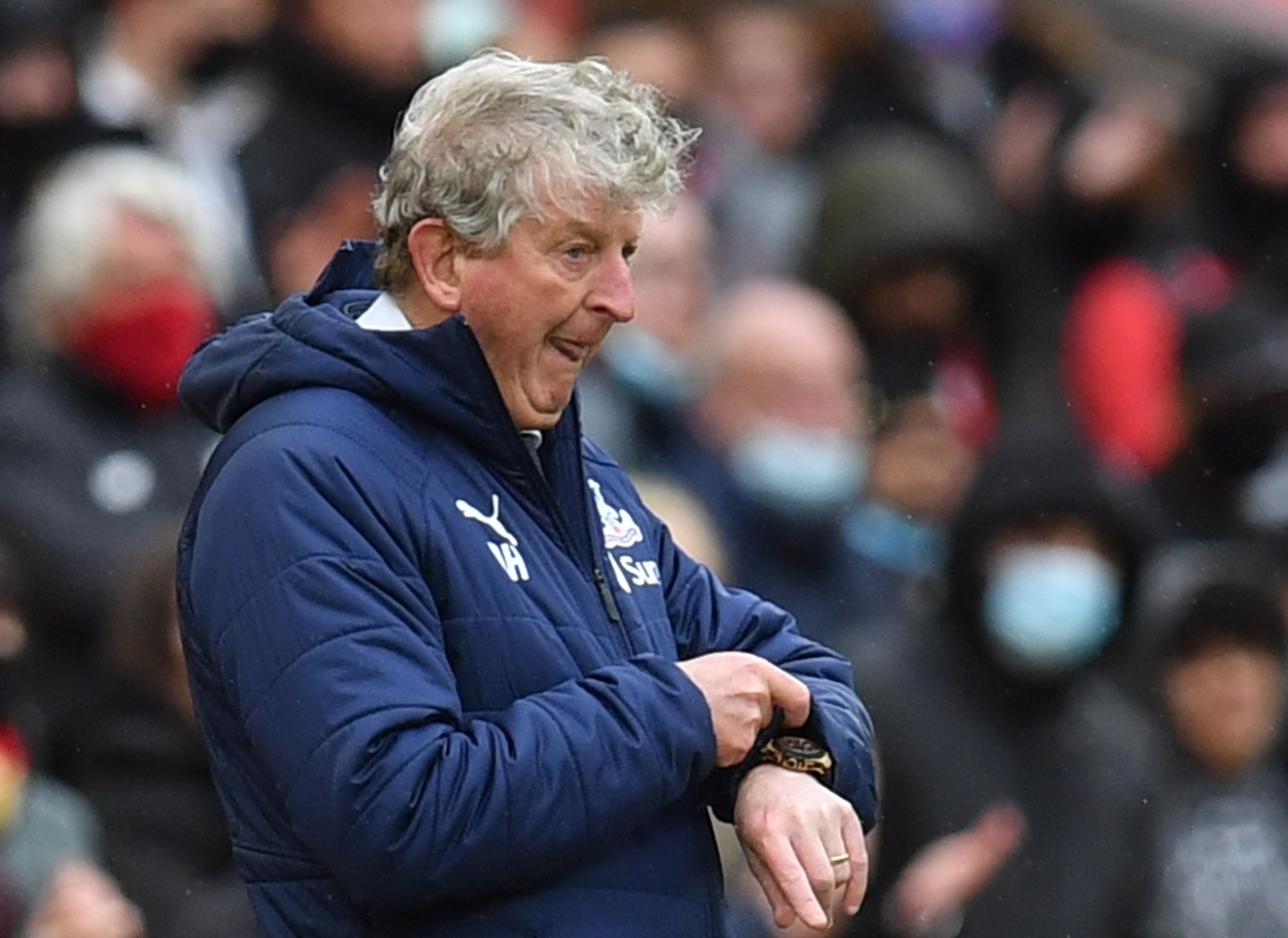 The first was a cute piece of improvisation from the former England winger, who bent in a free-kick from the right flank, forcing Allison to tip over when the keeper would have been expecting a cross.

Then came a glaring chance, squandered by Townsend. A dozy pass from Trent Alexander-Arnold left centre-backs Nat Phillips and Rhys Williams dithering but when Townsend sprinted clean through he could only drag his shot wide of the far post.

As news seeped through that Leicester had taken the lead against Tottenham, Salah forced a corner and Williams was gifted the freest of headers only to head over when it would have been easier to score.

Salah was at his menacing best, cutting and having a shot blocked by Vicente Guaita.

Liverpool were fully on top by the time they opened the scoring on 36 minutes, Andy Robertson’s corner, headed on by Williams for Roberto Firmino to touch on and Mane to stab home – the eighth consecutive time he has netted against Palace.

Phillips and Williams both suffered cut heads but there were few other signs of discomfort for Klopp’s men – especially with Chelsea trailing at Villa Park and the Reds comfortably in third place at half-time.

The second half was largely drab but Liverpool sealed it with a breakaway goal on 74 minutes.

Salah pelted his way down the right, exchanged passes with Gini Wijnaldum and angled a pass for Mane, whose shot took a deflection on the way into the net.

Then, Wijnaldum was afforded his standing ovation as he was replaced by James Milner, and Salah cut in from the right to bend a shot wide.

Then Salah had a deflected shot turned wide by Guaita as he continued in vain to hunt for the Golden Boot.