LIONEL MESSI has brought back his 2015 vibe after shaving off his beard.

The Argentine star, 32, has opted for a fresh start ahead of the return of the LaLiga season by going completely clean-shaven – and even growing his hair longer. 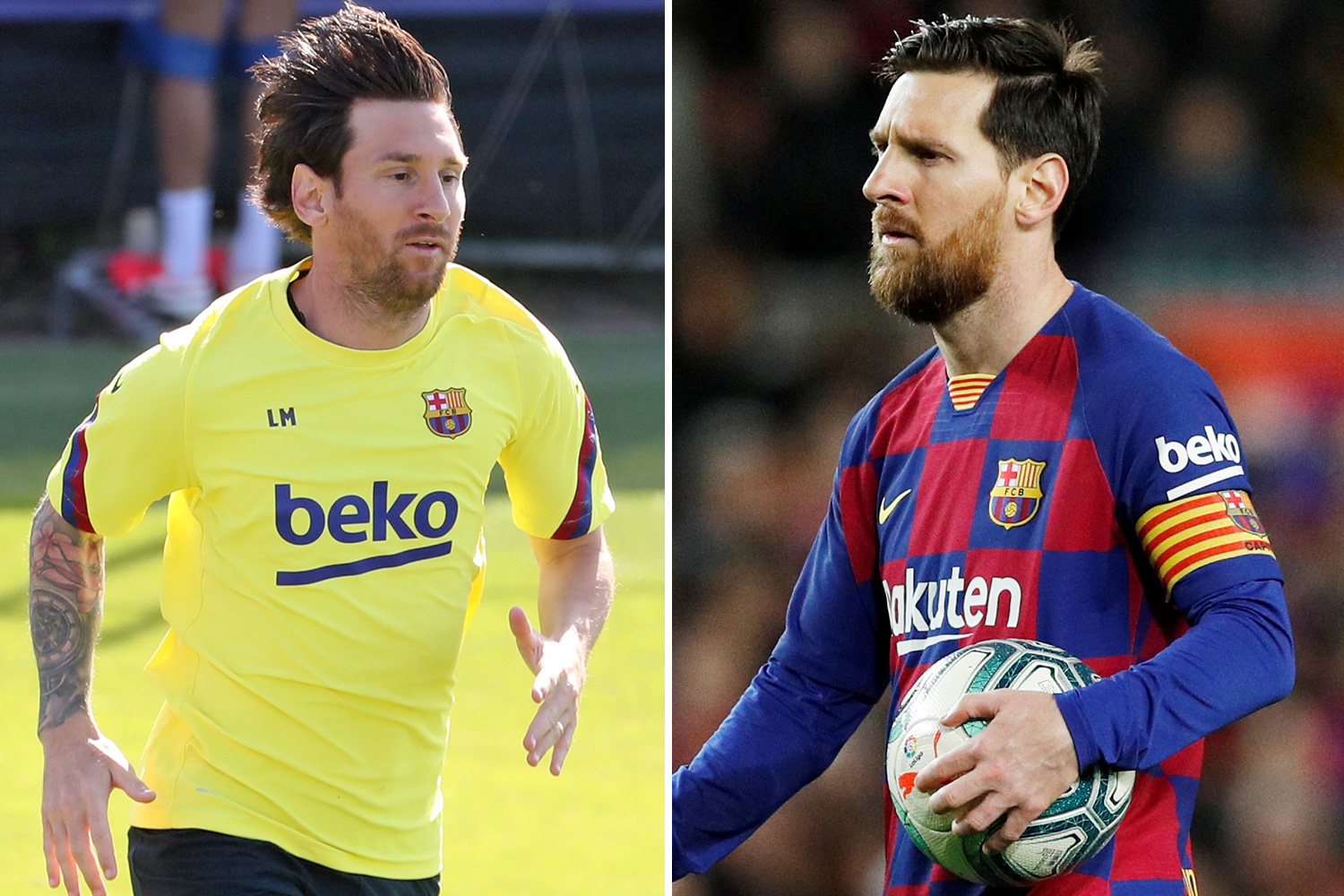 Messi won a mountain of trophies in his final beardless season too, so fans will be hoping he can continue in that vein.

Back to the present day, though, and Barcelona have endured a tricky season by their standards and are now only fighting for glory in LaLiga and the Champions League.

Setien had claimed he believed his side were good enough to win it all, but Messi disagreed.

The Argentine star claimed: "What I think is that [Setien] misunderstood what I said.

"What I said is that playing as we had been playing the last games before the break, it seemed clear that we weren't enough to win the Champions League.

"I never doubted the squad we have and I have no doubt that you can win all that remains, but not by playing in the way we were playing.

"Now, everyone has their opinion and they are all very respectable.

"Mine is based on the fact that I was lucky to play the Champions every year and I know that it is not possible to win it by playing as we have been playing."

Setien had earlier dreamed: "I have told the players many times that I don't have time to lose, and I'd like to win both the Champions League and LaLiga.

"Of course I've dreamed of winning these titles, and having a walk in [hometown] Liencres among the cows with the Champions League and LaLiga trophies in my hands."

LaLiga clubs have stepped up their training this week, too – now allowed to work in groups of up to ten.

All 20 teams have 11 games remaining, with Barcelona leading Real Madrid by just two points at the top of the table.

League organisers have drawn up a highly detailed plan to ensure safety is paramount.

That involve having a maximum of 197 people inside the stadium on matchday with players and officials tested 24 hours before their fixture.