LIONEL MESSI was hailed as the "Golden Boy" by the Spanish press after his match-winning performance for Barcelona at the weekend.

It seemed the points were going to be shared between the Catalans and their big rivals Atletico Madrid. 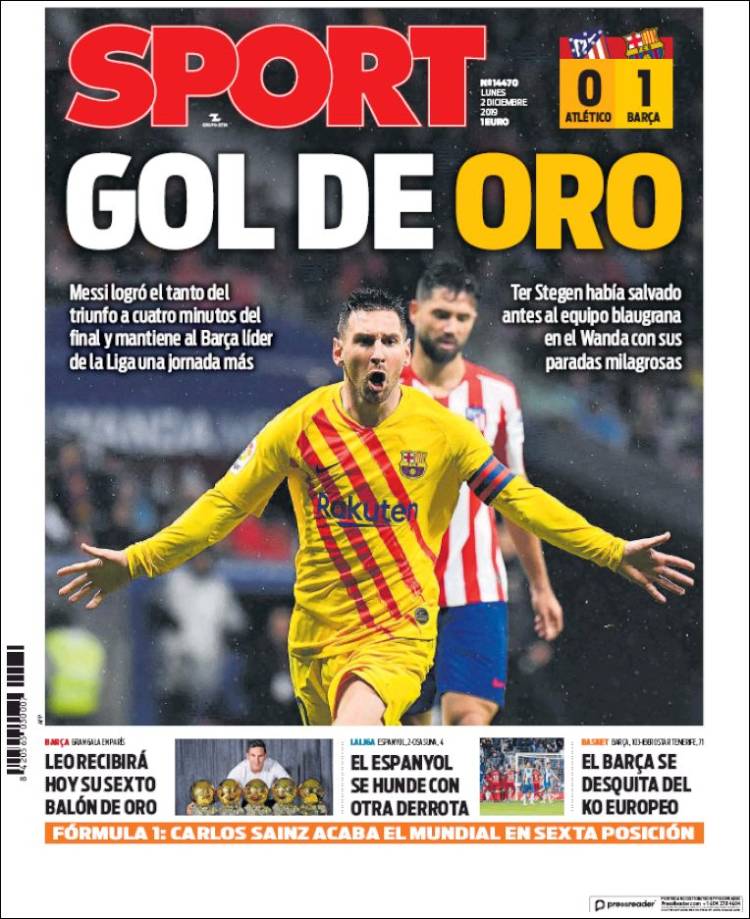 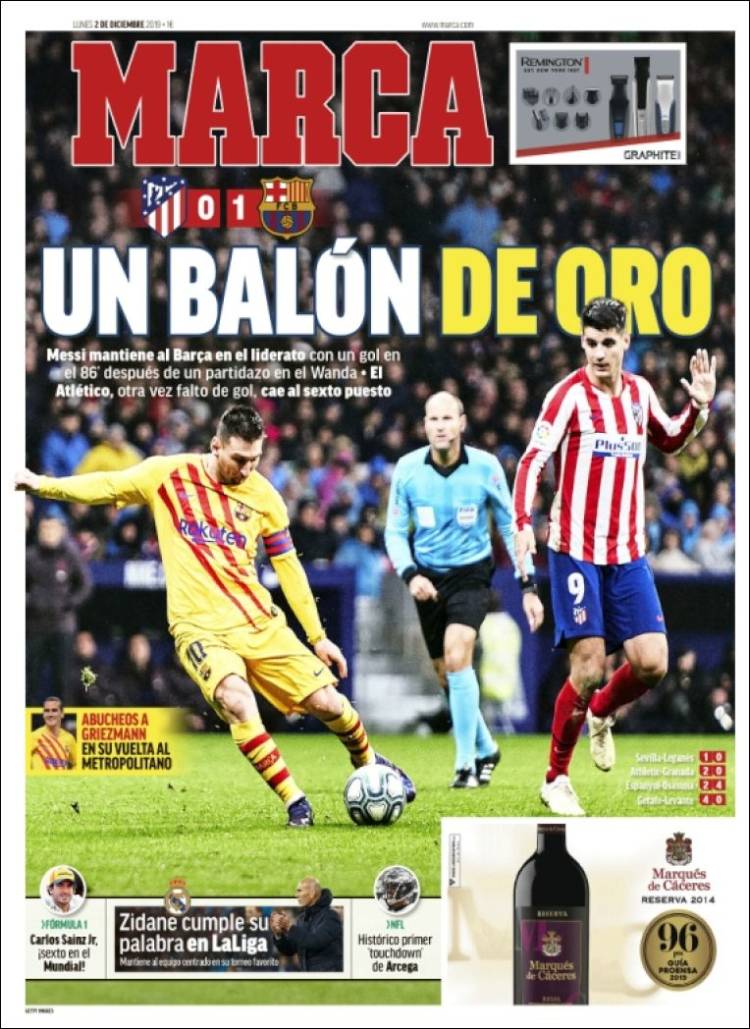 That was until the little genius popped up with the winner four minutes from time with a beautiful finish from 20 yards.

The Argentinian's first league strike at the Wanda Metropolitano took Barca top of La Liga on goal difference, a day before the Ballon d'Or winner is announced.

And the strike will probably seal the silverware heading in Messi's direction.

Speaking after the game, Barca boss Ernesto Valverde said: "When matches are tight and [your opponents] are strong, having Messi is always a great advantage.

"I liked it all. You have to watch matches from your team's point of view.

"We suffered at the start and we got the three points, we won't think about the bad now." 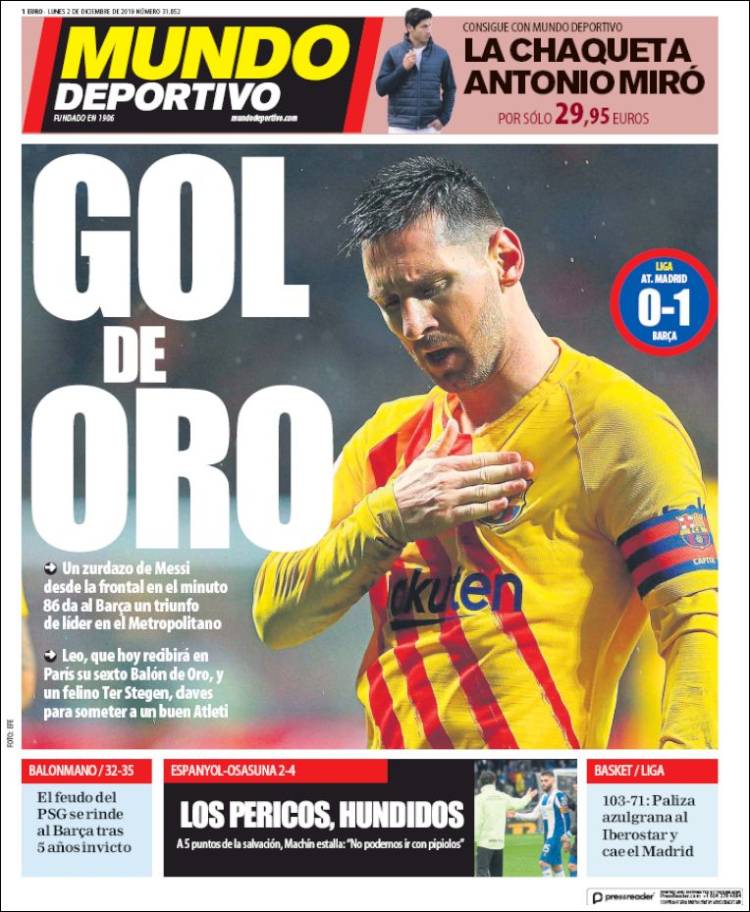 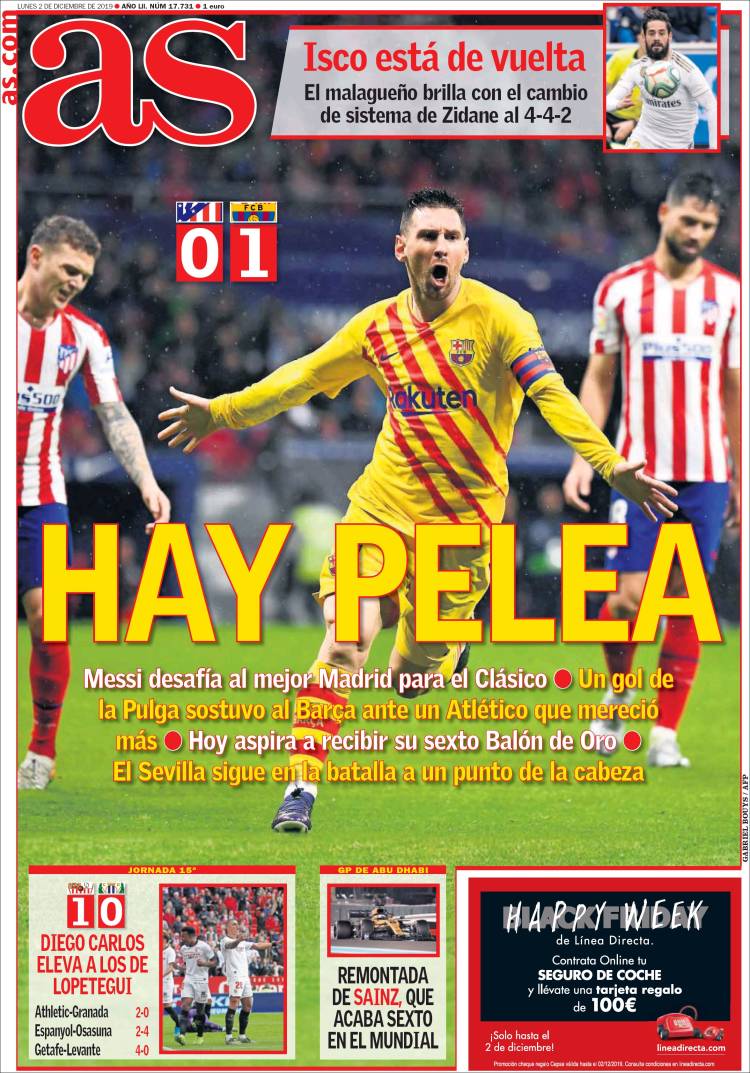 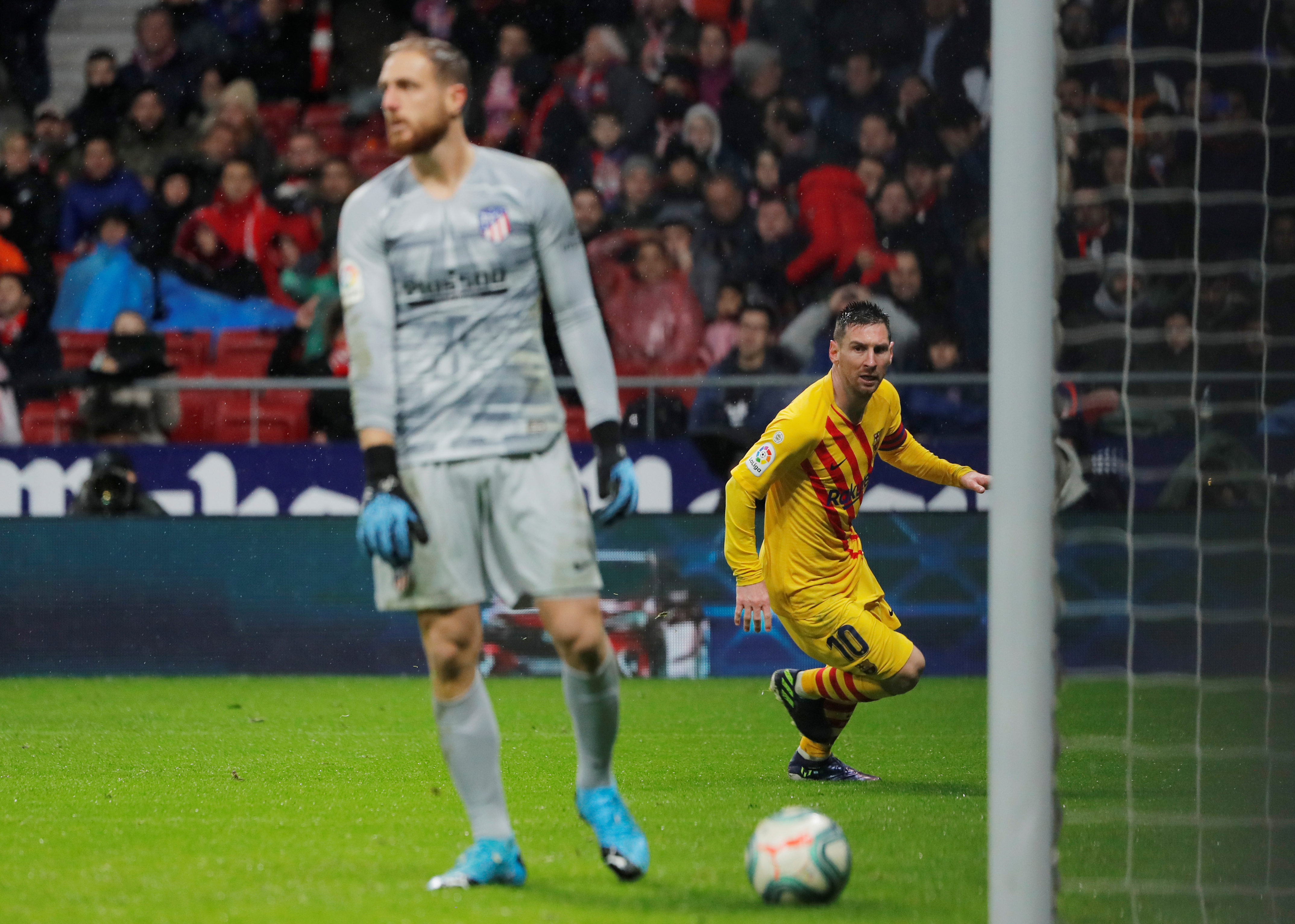 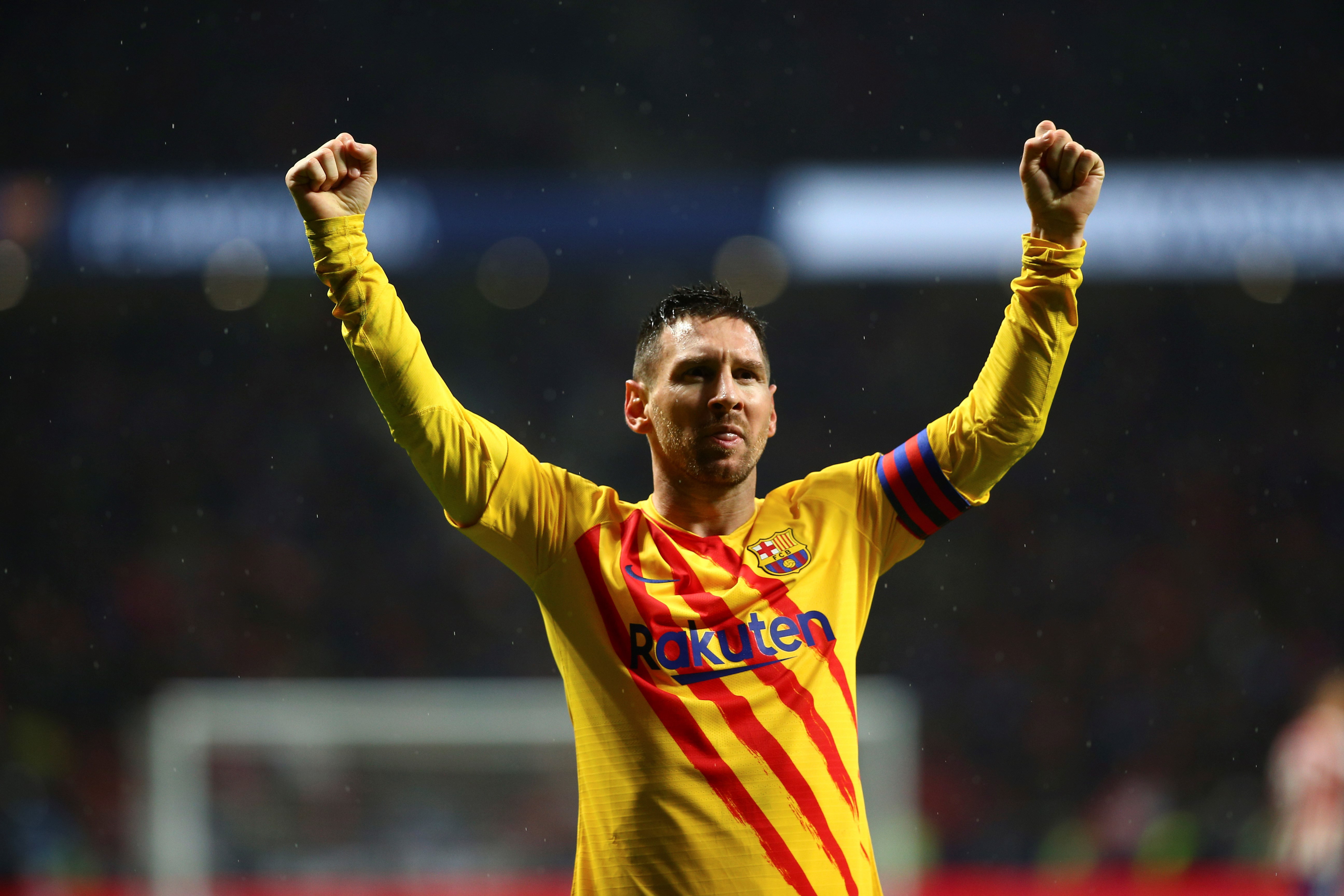 The world of social media was adamant that Messi would now be named the Ballon d'Or winner.

One fan wrote that the award should change its name to "Messi" while another wrote: "We all know Ronaldo is not winning this thing, it's either Messi or Lionel.

Barca rode their luck in the first half, seeing the hosts hit the post and bring two fine saves out of Marc-Andre Ter Stegen.

But they punished Atletico's failure to take their chances five minutes from time courtesy of Messi, who played a neat one-two with Luis Suarez on the edge of the area before coolly side-footing into the bottom corner.

Ter Stegen produced a stunning save to ensure Barca stayed level, somehow using his left thigh to keep out Mario Hermoso's close-range volley at the back post from Joao Felix's exquisite cross.

SunSport reported last week how a picture emerged which appears to have leaked the Ballon d'Or winner  – Messi.

Liverpool star Virgil van Dijk has been the favourite to scoop the prize as the world footballer of the year after a stellar 12 months for club and country.

But if the leaked image is true, it suggests the Dutchman has been beaten to the top prize by Lionel Messi.

The picture is of a document which claims to show the voting scores for each player in the top ten places.

And it has Barcelona star Messi way ahead at the top – meaning he would be named the best player on the planet for sixth time in his career.

That would see the 32-year-old again move clear of his long-standing rival Cristiano Ronaldo in terms of the number of times they have each scooped the honour.