PENALTY specialist Danny Ward saved Enock Mwepu’s kick to send Leicester through to the quarter-finals  for the fourth time in five seasons.

The Welsh keeper dived to his left to push away the Brighton sub’s attempt to gain revenge for his 71st-minute leveller. 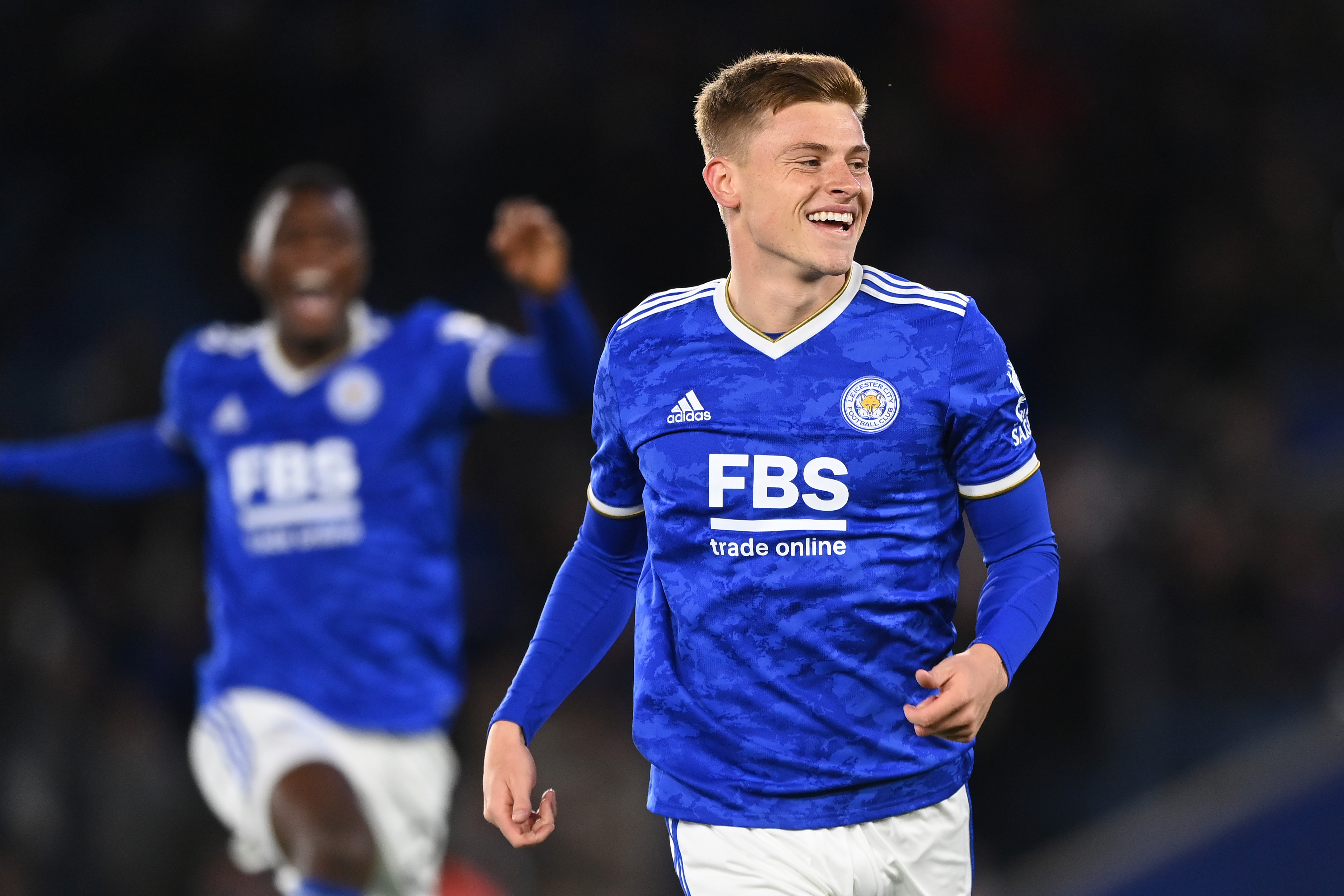 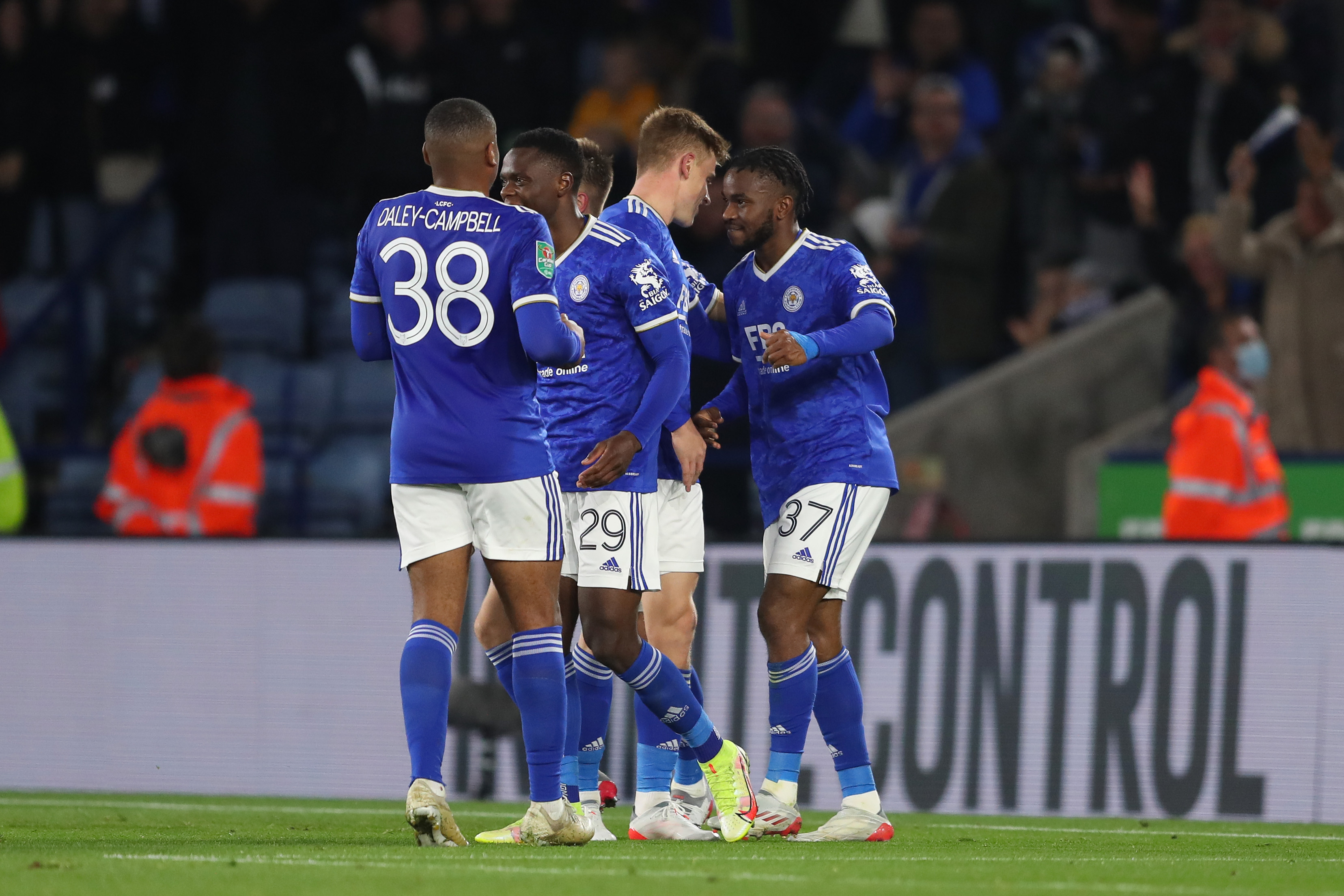 Graham Potter’s Seagulls came from behind twice to set up a thrilling finale.

But Neal Maupay was the first to buckle after three successful penalties when his spot-kick crashed off the crossbar.

And after James Maddison, Harvey Barnes, Patson Daka and Ricardo Pereira all converted for the Foxes, the pressure told on Mwepu.

Brighton’s visit fell on the third anniversary of the helicopter accident that robbed the Foxes of their beloved chairman Vichai Srivaddhanaprabha.

But perhaps the most fitting tribute was manager Brendan Rodgers’ starting line-up.

Half of Leicester’s outfield 10 had been produced by the academy Vichai was so supportive of, while  graduate Hamza Choudhury was captain.

Within six minutes Brighton were a goal down. Luke Thomas’ pass sent  Daka haring away, forcing Shane Duffy into a  back-pass to stand-in stopper Jason Steele.

He was also spooked by the speedy striker and his rash pass to Adam Webster was pounced on by Harvey Barnes, who smacked the ball  home.

After Kiernan Dewsbury-Hall hit the bar for Leicester, the Seagulls clawed their way back and  Ward did well to flip over a net bound effort from Jeremy Sarmiento.

But the relief was brief because  Duffy rag-dolled Choudhury and Jannik Vestergaard to head on Pascal Gross’ corner. 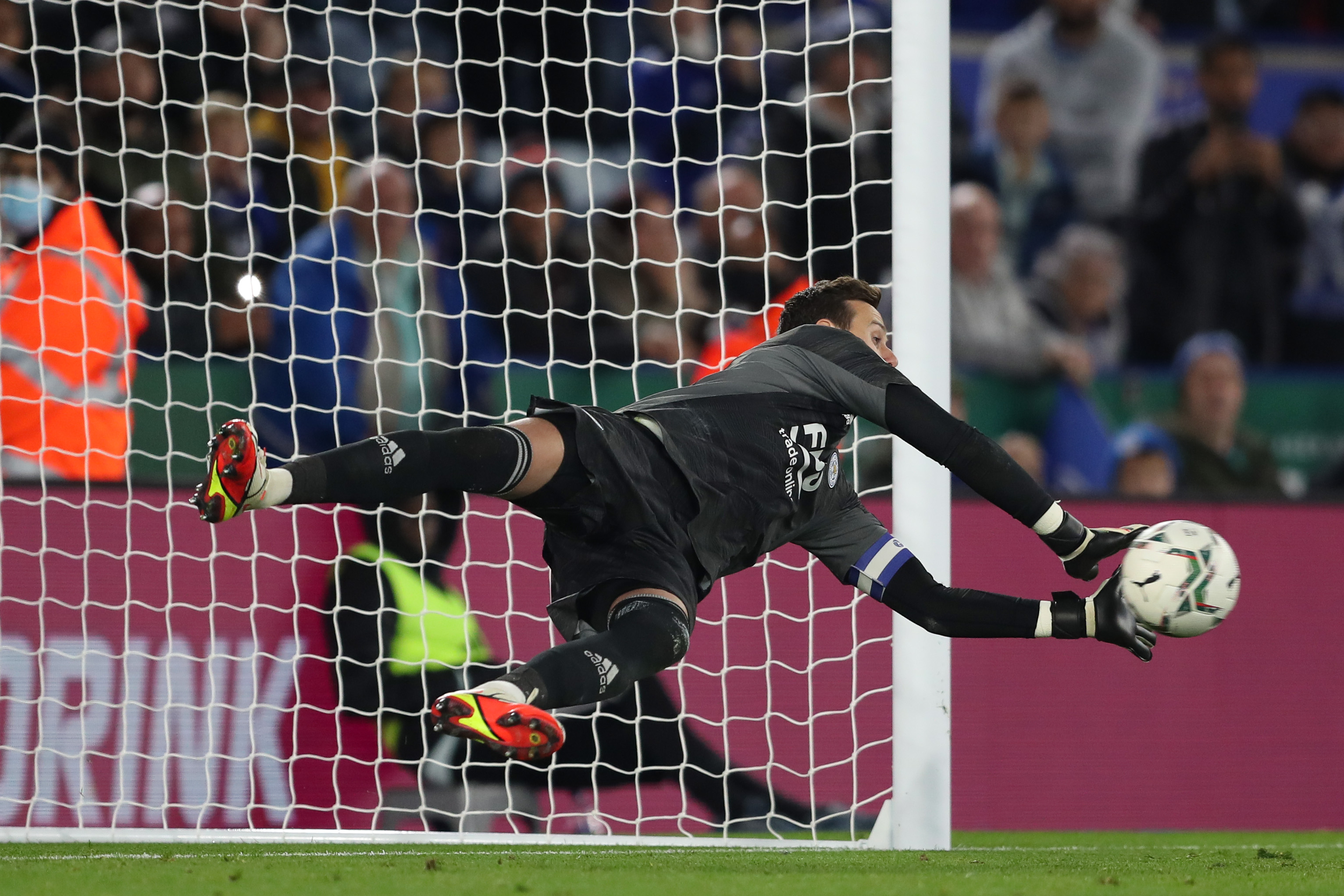 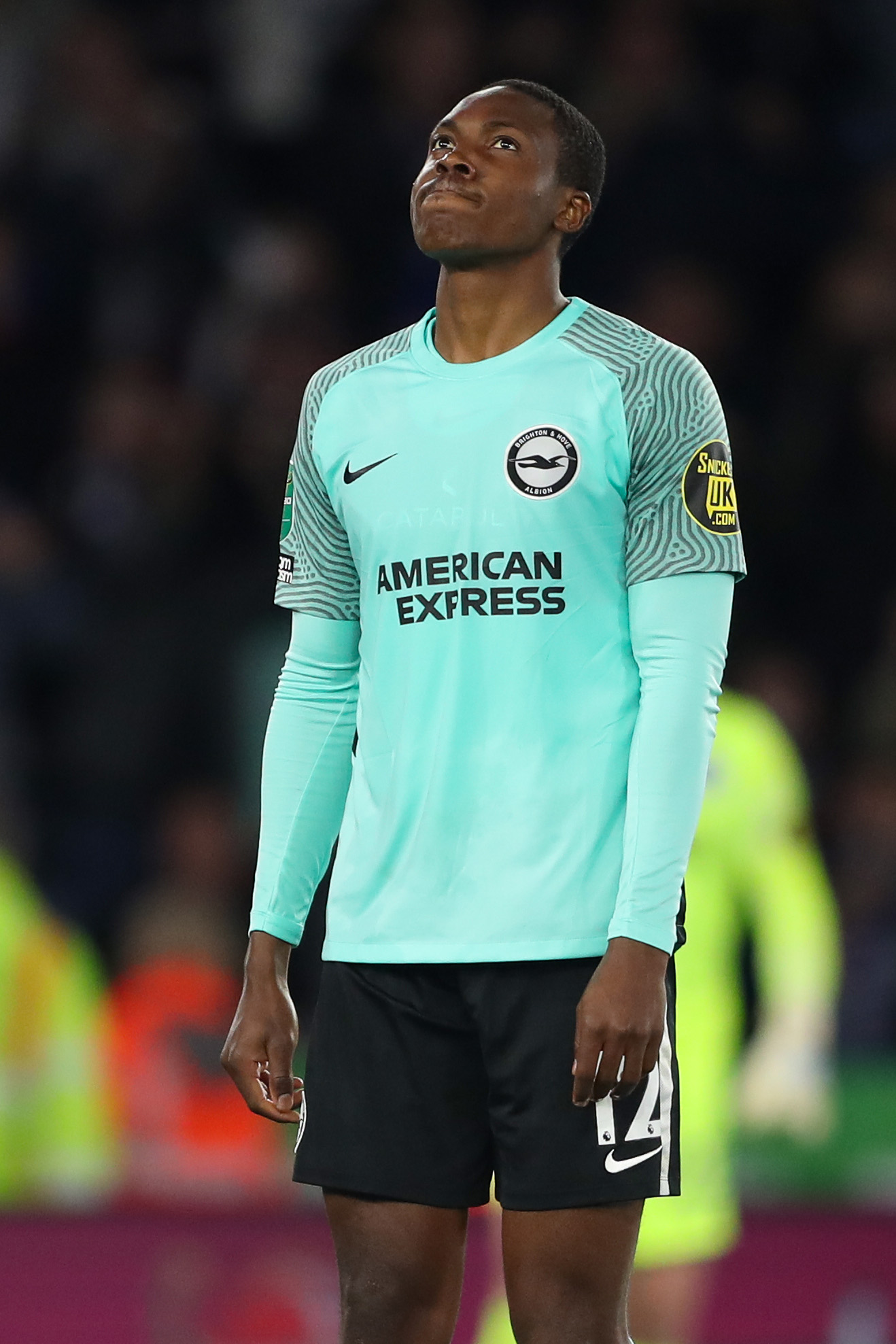 That sparked an astonishing Leicester response as the home side restored their lead within seconds.

Daka forced Sarmiento into an  back-pass which Ademola Lookman pounced on before prodding the ball past Steele.

After the break Barnes was twice denied by the Brighton keeper — allowing the Seagulls to level for the second time.

Two subs combined to set up that dramatic penalty shoot-out.

Marc Cucurella burst beyond the Foxes’ backline and his cross was met by  Mwepu, whose looping header evaded Caglar Soyuncu. 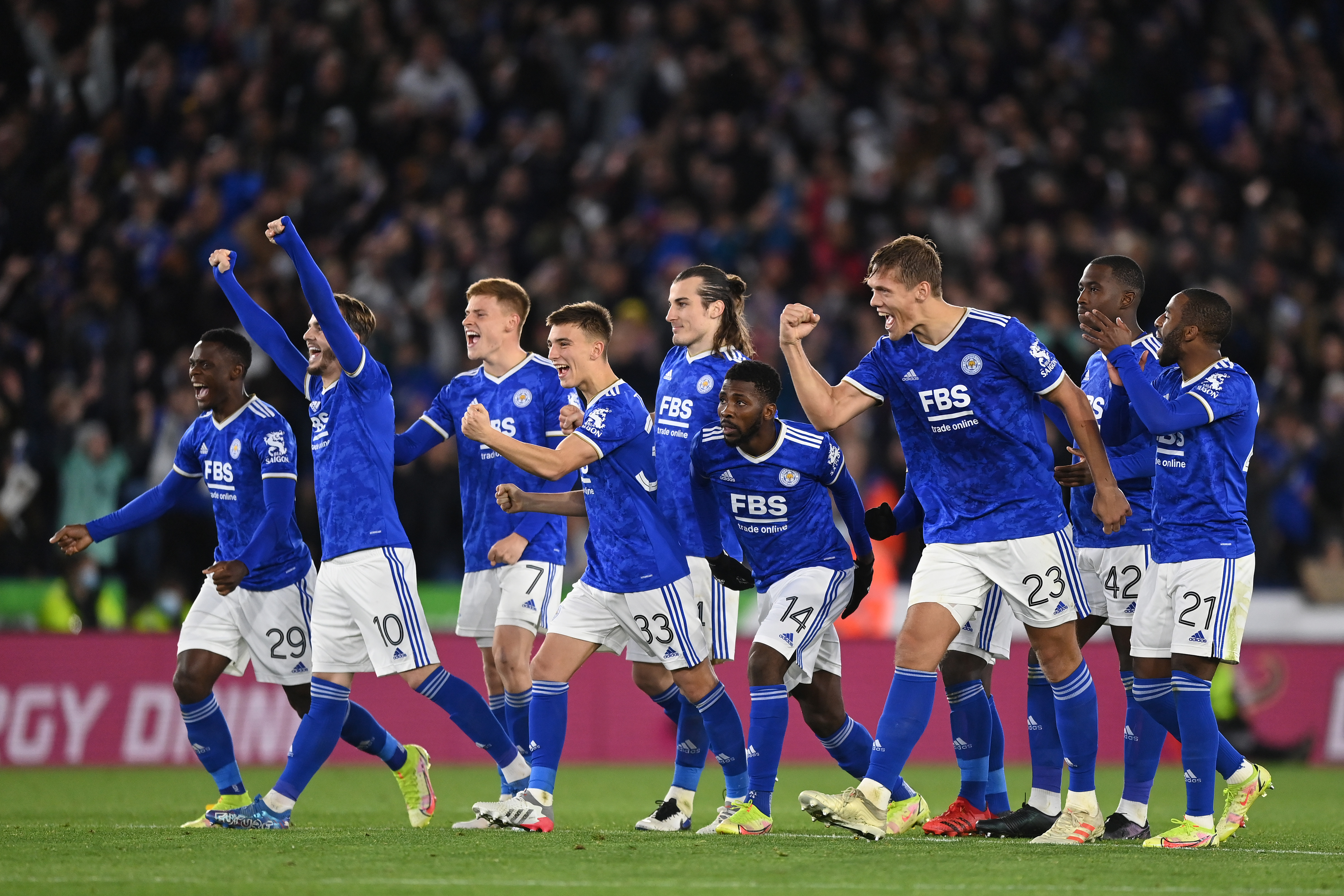