Leeds 0-0 Brentford: Jesse Marsch’s side are left frustrated after failing to break down the battling Bees as they edge just one point clear of the bottom three after fiery clash at Elland Road

Jesse Marsch said this week he now has an ‘arsenal of weapons’. Well, they fired blanks here against Brentford.

With Rodrigo and Willy Gnonto bang in form, Patrick Bamford and Luis Sinisterra back from injury and Georginio Rutter signing for a club-record fee, Leeds boss Marsch has been purring at the array of attacking talent he has at his disposal.

Yet none of their forwards looked like breaching the Bees backline at Elland Road on Sunday, leaving the Whites without a Premier League victory since November 5. That is a damaging winless run of six top-flight games and it means Jesse Marsch’s men remain only one point above the relegation zone. 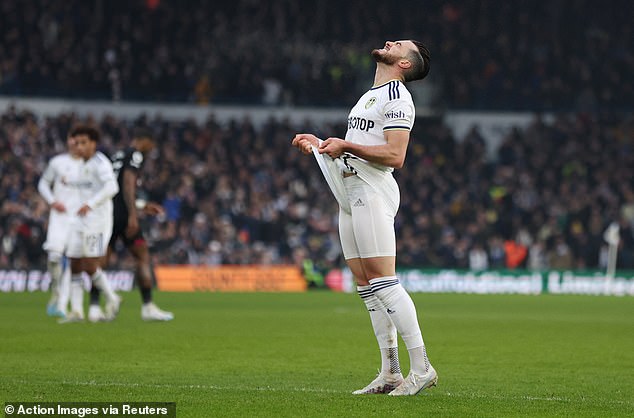 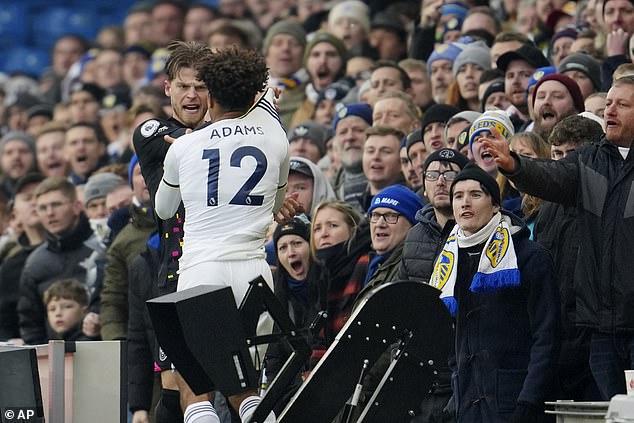 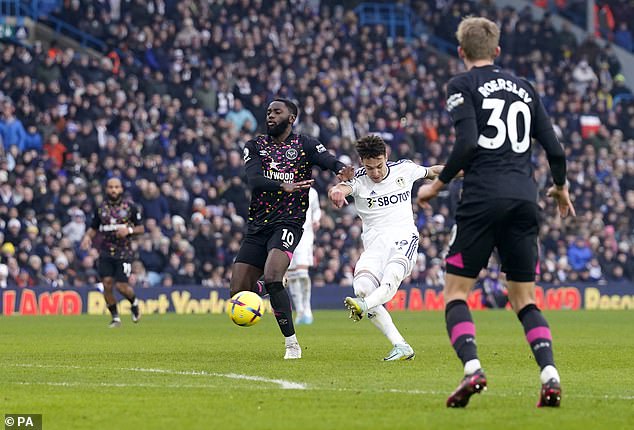 The closest they came to breaking the deadlock against Brentford was through in-form Italian Gnonto, who forced a good save out of David Raya deep into the second half. Meanwhile, £35.5million new boy Rutter was left shivering under a blanket on the bench for 90 minutes, perhaps wondering what he has let himself in for following his move from Hoffenheim.

The positive for Marsch is that his defence looked uncharacteristically solid, with January signing Max Wober impressing in a new-look centre-half pairing with Robin Koch.

But the worry is he cannot seem to get his forwards and backline firing at the same time, and his side remain in real danger. 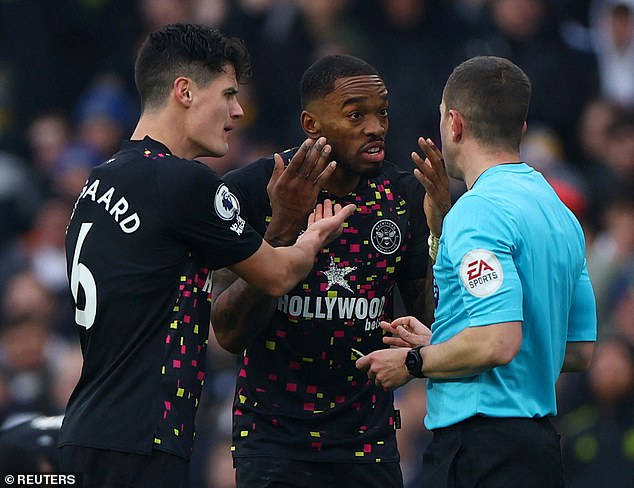 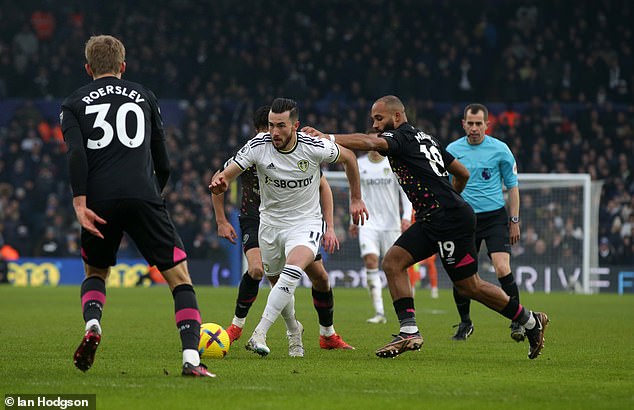 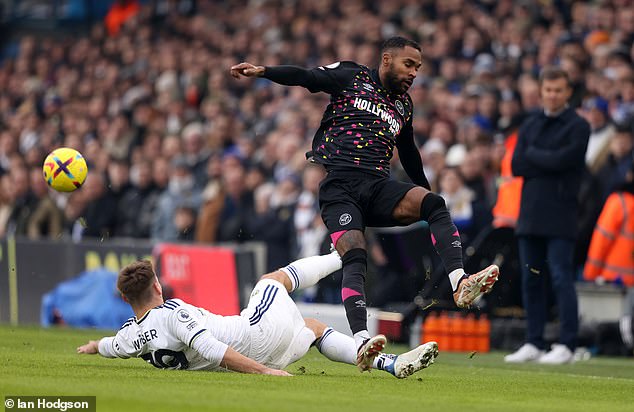 Man of the match: Wober

For Brentford, this draw ended a run of three straight Premier League games but they remain unbeaten in the division since October 23.

Thomas Frank’s side were far from their best here at Elland Road, not even managing a shot on target. Yet they can afford one or two off-colour displays given their comfortable eighth position in the table.

This clash promised excitement given the last two fixtures between the sides. On the final day of last season, Jack Harrison scored in the last minute to seal a 2-1 win which kept Leeds up. Then last September, Ivan Toney scored a hat-trick in an eventual 5-2 victory for Brentford, which saw away boss Marsch sent off.

Here at Elland Road, Toney gave another reminder of his danger straight from kick-off, with a left-footed volley which just cleared Illan Meslier’s bar.

But that early excitement was not a sign of things to come in a dour first half, in which both sides barely threatened.

Brentford were largely left to efforts from range, with Mathias Jensen seeing one strike from outside the box deflected over, then Toney tired to catch Meslier from close to the left touchline but dragged wide.

When the Bees did get in behind they chose the wrong option, as Rico Henry was found in space but tried to cut back to Toney instead of shoot and Leeds defender Robin Koch was first to the ball.

The home side’s attackers were also forced to feed off scraps. Rodrigo did draw a save out of David Raya with a 20-yard shot, but even that was actually going wide. 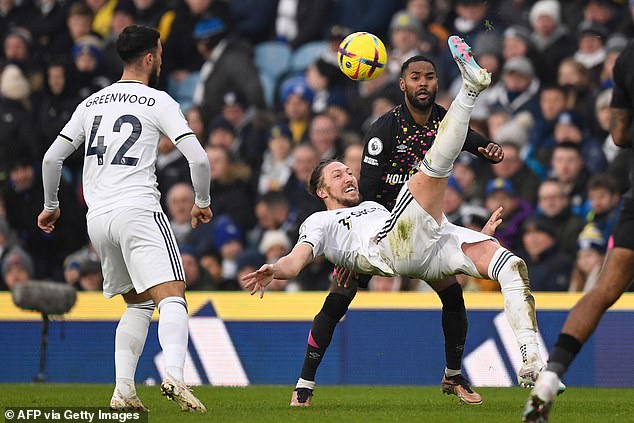 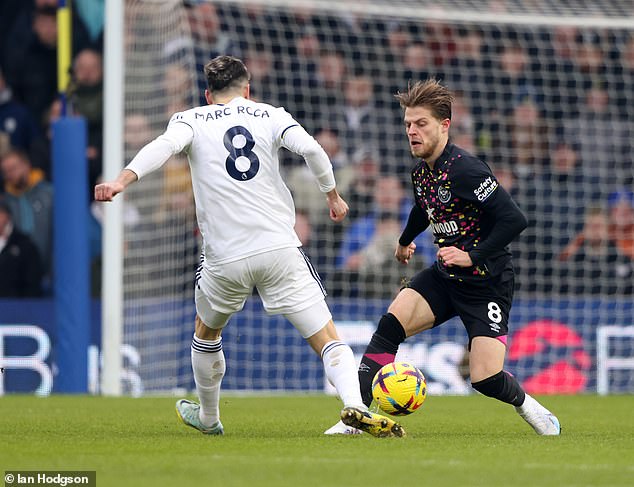 Willy Gnonto has provided the magic for Leeds in their last two games. He was their stand-out player when they lost at Aston Villa last week, then scored two – including a scissor-kick volley – in the midweek FA Cup victory over Cardiff.

Such is the excitement about the in-form Italian, fans got to their feet whenever he started to run with the ball in the final third. Yet Brentford handled Gnonto much better than recent opponents, closing him down quickly before he built up a head of speed.

Leeds started the second half with more purpose and Brenden Aaronson curled a shot at Raya from the edge of the box. Then it was Rodrigo’s turn to test the Bees goalkeeper, who dived down to his left to keep out the Spaniard’s 20-yard strike.

The hosts were starting to pile on the pressure and Rodrigo released Gnonto with a perfectly weighted throughball, but Raya read the danger and beat the speedy teenager to the ball. 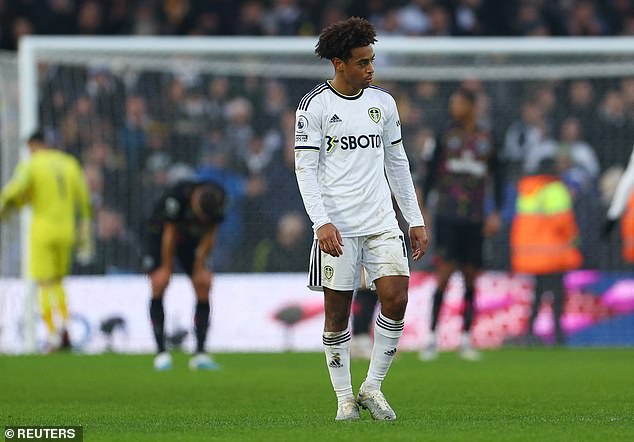 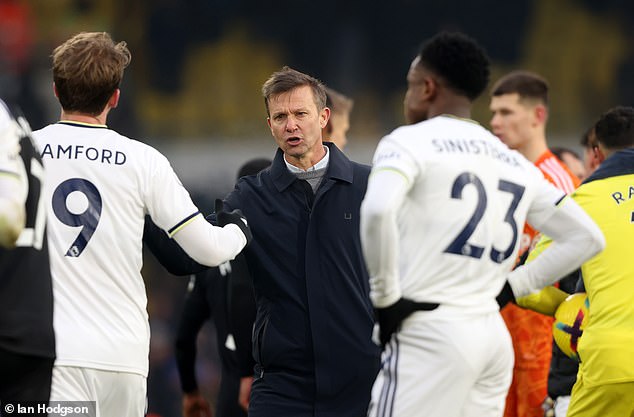 Soon after, the same combination linked up again for Leeds, with Raya saving well at his near post to deny Gnonto from close range.

And then Jack Harrison was the latest to test his luck, although his shot was much more comfortable for Raya.

Marsch waited until the 69th minute before introducing one of his forward from off the bench – Sinisterra the first to get the nod. Striker Bamford, fresh from his midweek brace against Cardiff, was then brought on 11 minutes from time.

But substitutes could not alter the outcome as the Elland Road faithful were left feeling frustrated yet again.