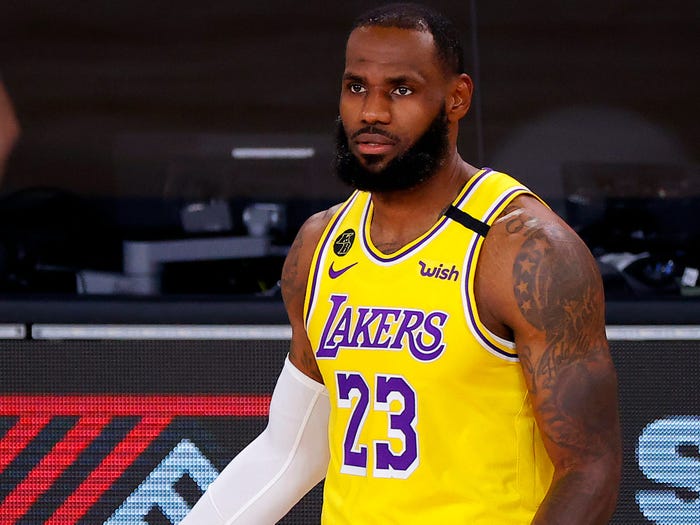 LeBron James called on the people of his hometown — Akron, Ohio — to help find a killer.

The Los Angeles Lakers superstar tweeted Wednesday that the sister of one of his best friends was murdered in her home over the weekend. The four-time NBA champion pleaded with locals to help "find out who did this awful, shameful, disgusting thing to such a caring, loving angel!"

According to reporting from ABC5 Cleveland, 37 year old Ericka Weems was found dead in her Akron home on Monday after friends and family could not make contact with her and grew concerned for her safety. After Weems was discovered with a gunshot wound to the head, her death was ruled a homicide, but no suspects have been identified in the case.

Weems' younger brother, Brandon, is a close friend of James and someone the 16-time NBA All-Star has described as his "little brother" in the past. The duo grew up together and were high school teammates at St. Vincent-St. Mary, per Michigan Live. They've stayed close in their adult lives, with Weems even taking on a role with the Cleveland Cavaliers during James' second stint with the franchise.

The King is making good on his word, starting with activating his 48 million Twitter followers to help achieve justice of Ericka.

"My brother family need answers to why and by whom," he wrote.