Lane Kiffin, the head football coach at the University of Mississippi, said Saturday that he had tested positive for the coronavirus and would miss Monday night’s game against the University of Louisville, the season opener for both.

Every player and coach in the Mississippi football program is fully vaccinated — a point of pride for Mr. Kiffin, 46, in recent weeks — and the coach said in a statement on Saturday that he was “experiencing only mild symptoms.” He said no players were expected to miss Monday’s game, which will be played at a neutral site in Atlanta, and that no one else in the football program had tested positive.

“We will continue to monitor our team closely and take responsible measures if any symptoms arise,” he said.

In an interview last month, Mr. Kiffin said he and other members of the coaching staff at the university, along with some outside doctors, had spoken with players to try to ease any misgivings they might have about becoming fully vaccinated. The successful effort at Mississippi, one of just a handful of major college programs with 100 percent vaccination rates, was the envy of other schools, including in the Southeastern Conference.

“Football is competitive, coaching is competitive, the SEC is as competitive as you get, including in pro sports,” Mr. Kiffin said on Aug. 23. “This is probably the first thing where it was like, ‘OK, hey, we did this,’ and people are calling us for advice — other coaches, other trainers — and we’re openly sharing that.” 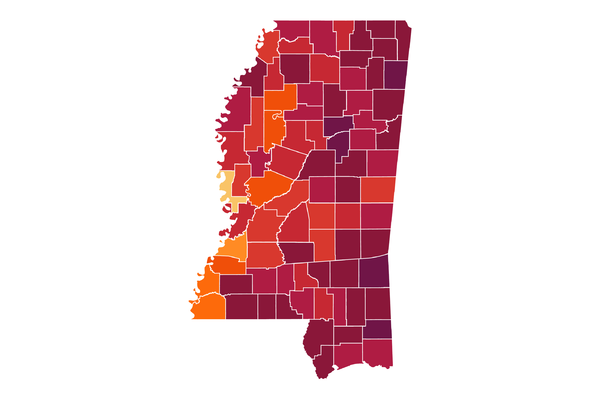 See the latest charts and maps of coronavirus cases, deaths, hospitalizations and vaccinations in Mississippi.

But Mr. Kiffin lives and coaches in a state that has struggled mightily with the virus. Less than half of those eligible for shots in Mississippi are fully vaccinated, and in recent weeks, the state posted daily records for new cases and saw its health care system buckle. Since Aug. 14, average Covid hospitalizations have surpassed the highest previous level of 1,547, reached just over a year ago.

Mr. Kiffin, one of the sport’s sharpest offensive minds, is entering his second season as the head coach at Mississippi. The Rebels posted a 5-5 record last season.