Rumblings of discontent are beginning to emanate from Rams’ fans on social media after the club’s defeat, their third consecutive loss in the Championship. 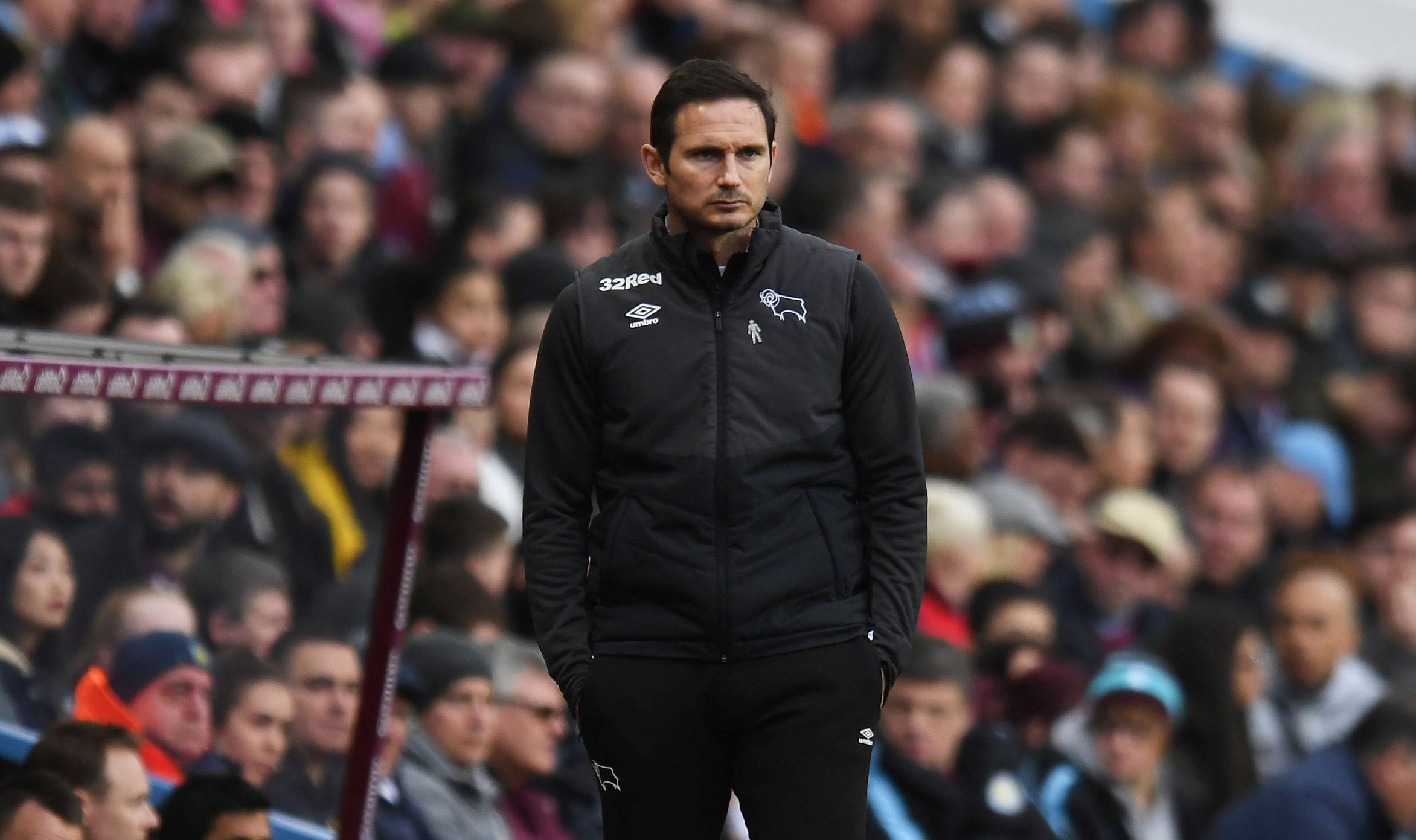 The former Chelsea player, who was appointed manager at Pride Park last May, has seen his side’s form slump after a bright start to the current campaign.

County have won just two of their nine league matches this year, though they do remain just outside the play-off places in seventh.

But some fans are beginning to turn on the Londoner as they seek an outlet for long-term frustrations with the club.

A Twitter user calling himself Steve Bloomer’s Washing said: “Villa have won 2 of their last 15. Worst home defensive record in all four divisions. 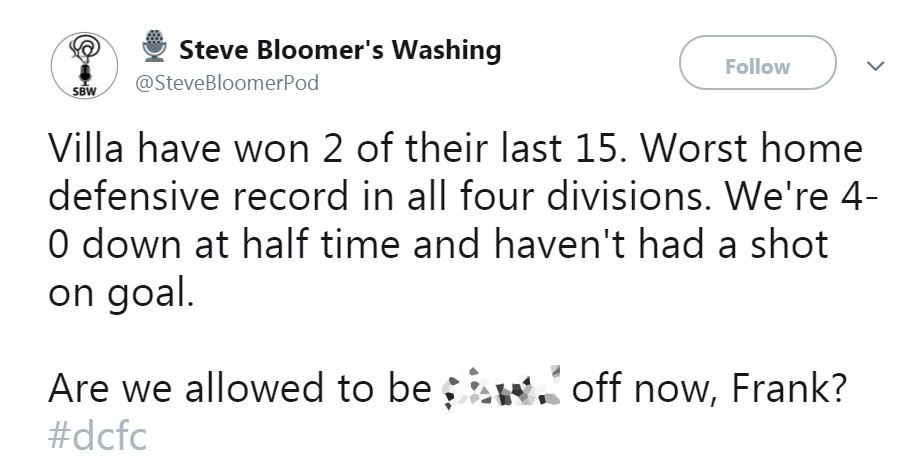 And Rob the Ram said: “Six shots on target in the last four games. Rather have Rowett back in the summer. #dcfc”.

But Derby supporters weren’t the only ones taking a pop at the former England midfielder.

Leeds fans have held a grudge against Lampard ever since he criticised their manager Marco Bielsa for sending spies to a Derby training session in January. 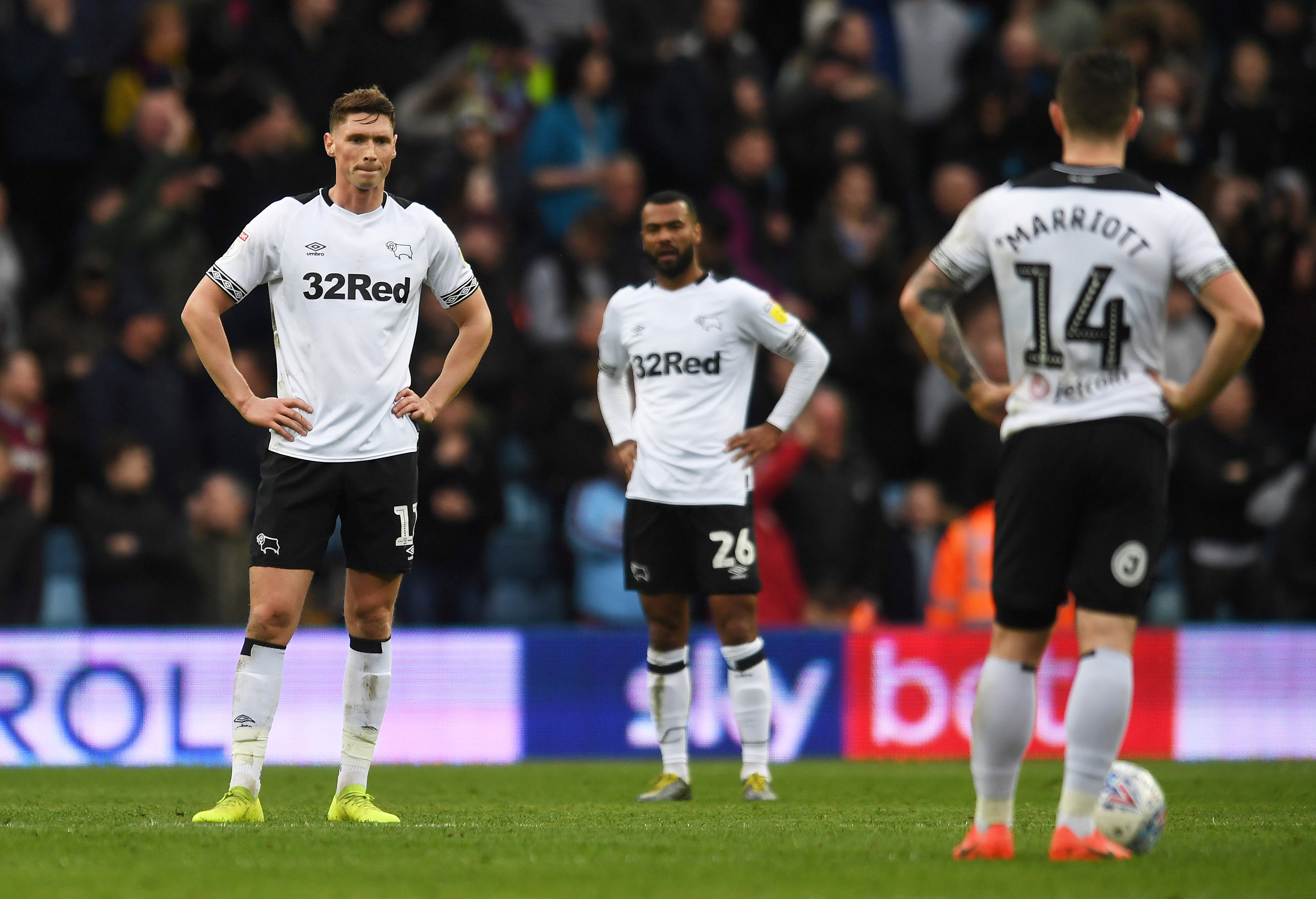 And they were quick to broadcast their own opinions regarding the Rams’ beleaguered boss.

Tony Barnes tweeted: “Dear #dcfc is there any chance you could send the genius manager, Frankie Lampard, who does analysis and everything, on loan to Norwich City please? Just until season's end. Lots of love, #lufc”.