Women of Wresting owner and Los Angeles Lakers co-owner Jeanie Buss on the importance of investing in women’s sports.

One of the few female NBA team owners is using her influence and position to give women’s sports a lift with an all-female wrestling franchise.

"It was really important to me to invest in women's sports," Los Angeles Lakers president and co-owner and Women of Wrestling owner Jeanie Buss told FOX Business’ Maria Bartiromo on Thursday.

"There are so many great college athletes because of Title IX," the sports executive continued, "and unless you're going into the WNBA or a professional tennis player or golfer, there's not a lot of places for these women to have a platform and perform in front of their family and friends, and they deserve the spotlight."

On "Mornings with Maria," Thursday, Buss previewed Women of Wrestling’s television debut on Sept. 17, the only all-female wrestling organization with a global TV footprint in syndication with Paramount Global Content Distribution, according to a press release.

The show will feature WOW "Superheroes" and dig deep into their action-packed, in-ring rivalries, as well as provide behind-the-scenes looks into their personal lives. 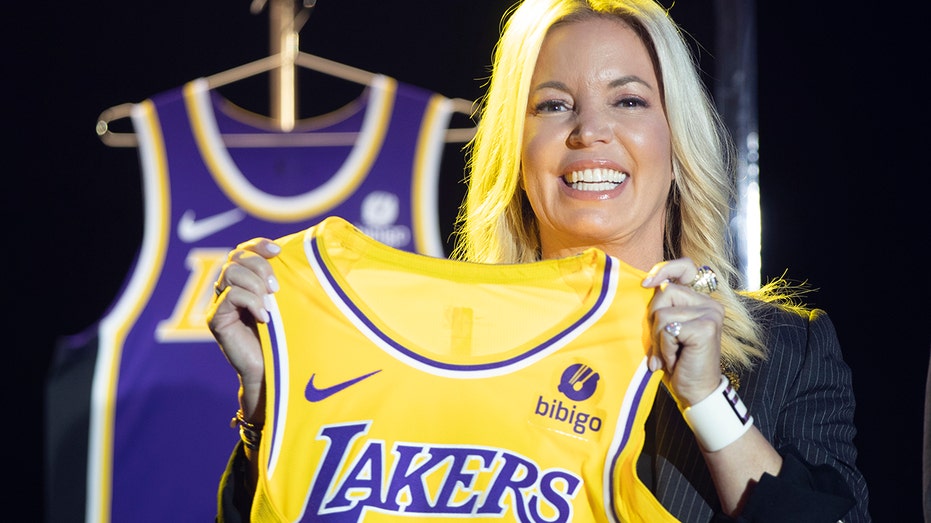 Buss claimed she wanted to use her "position" in the sports industry to offer women more opportunities and a bigger podium to inspire others.

"We've seen women participate in wrestling before, but they're usually the undercard or the sideshow," Buss explained. "This is women who get center stage, women who are fighting for what they believe in, women facing other women – not running to a man to save them."

Buss especially hopes that the franchise’s message resonates with young women across the world.

"We have a very diverse cast, and I think everybody will see themselves in their characters, in these performers," the business leader noted. 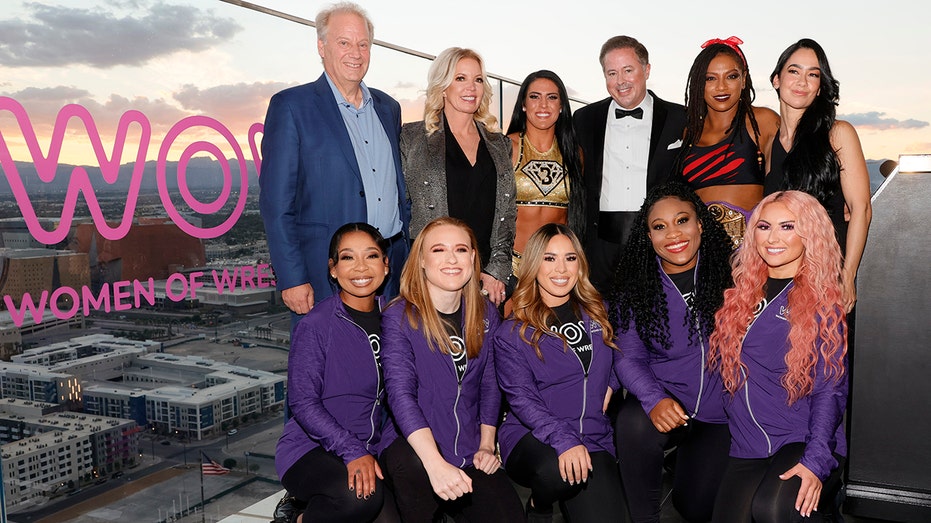 Los Angeles Lakers president and co-owner Jeanie Buss poses with the “Women of Wrestling” personalities ahead of the show’s television premiere on September 17, 2022. (Getty Images)

The Lakers’ president and co-owner has been a trailblazer, alongside her father Jerry Buss, bringing legendary talent like Magic Johnson, Kareem Abdul-Jabbar, Shaquille O'Neal and Kobe Bryant to the Lakers legacy. Now, she hopes to build that same legacy with the Women of Wrestling.

"We're sending a message about who we are and what's important to us and what we value," Jeanie Buss said. "And I think sports is a really important vehicle for that."