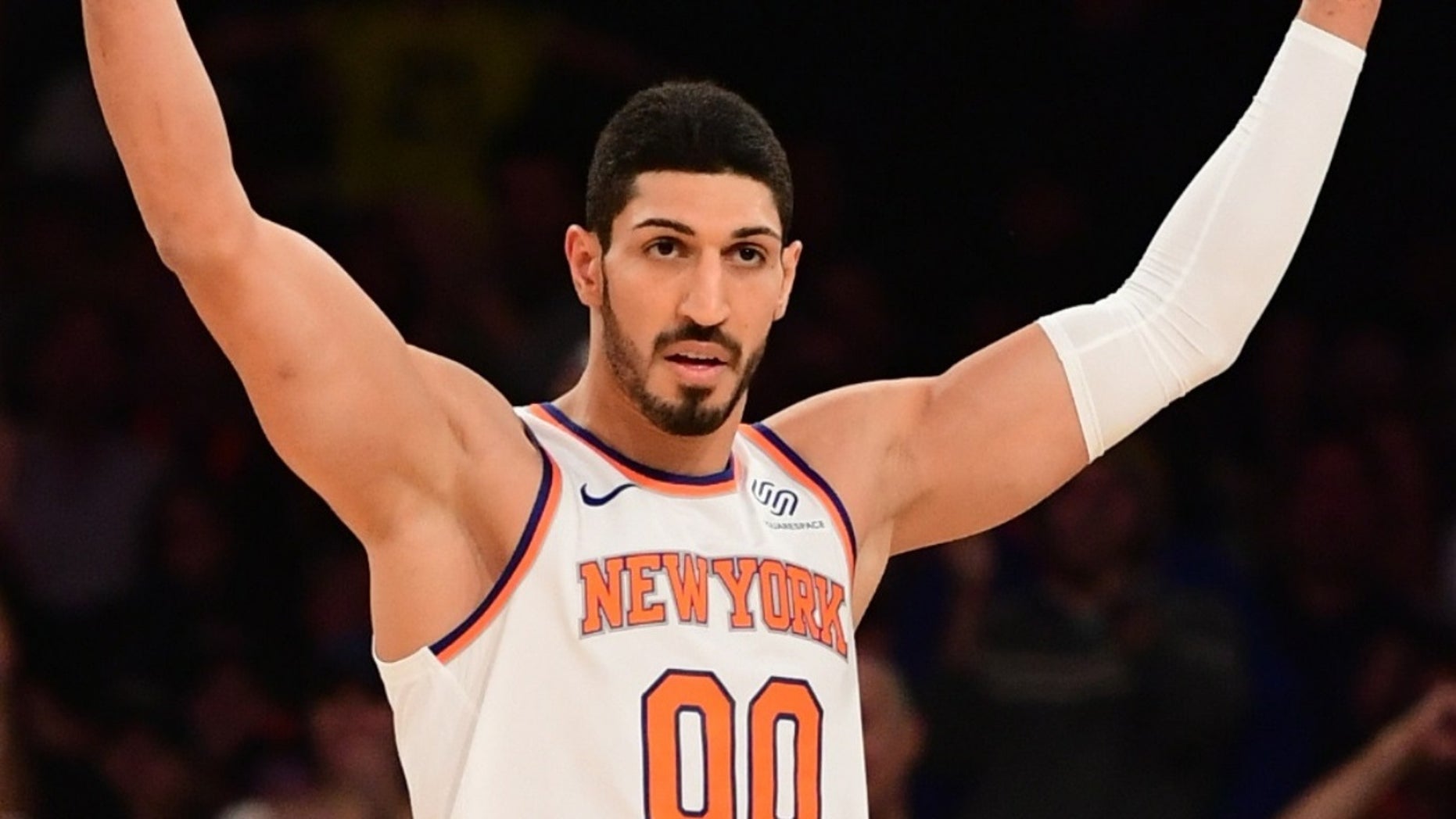 New York Knicks center Enes Kanter announced Friday he will not travel to London for the team’s upcoming international game against the Washington Wizards on Jan. 17 because he fears for his safety.
(Getty Images)

New York Knicks center Enes Kanter announced Friday he will not travel to London for the team’s upcoming international game against the Washington Wizards on Jan. 17 because he believes he could be assassinated for his opposition to Turkish President Recep Tayyip Erdogan.

Kanter, 26, a native of Turkey, made the announcement after the Knicks’ victory over the Los Angeles Lakers. The Knicks later said Kanter will not be able to make the trip because of visa issues.

While speaking to reporters, Kanter said he would stay in New York and practice while his team traveled.

Kanter continued, saying, “It’s pretty sad” that he can’t travel with the Knicks and be there for his team.

“It’s pretty sad that all this stuff affects my career and basketball because I want to be out there and help my teammates but just because of that one lunatic guy, one maniac, one dictator I can’t go out there and just do my job,” he said.

When asked if he really thought he could be killed if he went to the United Kingdom, he replied, “Oh yeah, easy. They’ve got a lot of spies there. I think I can get killed there very easy. It would be a very ugly situation.”

Kanter has been a vocal critic of Erdogan for years, once referring to him as “the Hitler of our century.” His Turkish passport was revoked in 2017, and an international warrant for his arrest was issued by Turkey.

Kanter is a follower of a U.S.-based Turkish cleric accused by Turkey’s government of masterminding a failed military coup in 2016. The athlete's father, Mehmet, was indicted last year and charged with “membership in a terror group.” The former professor lost his job after the failed military coup even though he publicly disavowed his son and his beliefs.

In July, Kanter told Fox News he gets “three or four death threats every week.” He said he believed the threats are from pro-Erdogan supporters both in Turkey and the wider diaspora.

Kanter said he feels safe in the U.S.

“But anywhere outside America would be very dangerous,” he said.

Fox News’ Hollie McKay and the Associated Press contributed to this report.