For WNBA star Kia Nurse it could have been a nightmare game, for Dandenong Rangers it definitely was as Canberra Capitals claimed a big win at Dandenong Stadium on Sunday.

Nurse, the New York Liberty and Canadian national team import scored a game-high 26 points and had five assists in Canberra’s 86-44 win but most importantly appeared to dodge a potential knee injury. 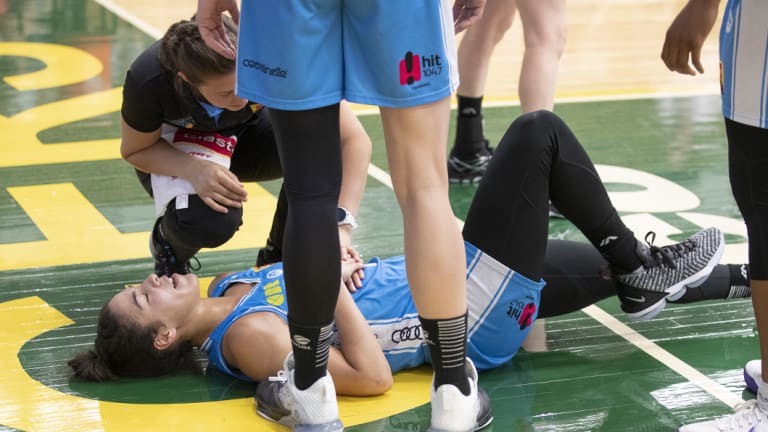 Down, but not out: Kia Nurse sent an injury scare through the Capitals camp after landing awkwardly on her knee.Credit:Mick Connolly

In a collision with Dandenong's Betnijah Laney with seven minutes to play, the Capitals star landed awkwardly, immediately reaching for her knee.

Even though she was playing away from home, the Rangers crowd went mute as Nurse had treatment. All those watching recognised her absence could have a major impact on the semi finals which start on January 26.

But after limping off, Nurse had further treatment and sat out the game on the bench with ice on her knee.

"It's good, it's attached and that's all you need to know," a smiling Nurse told The Age post game.

"I've got good knees so I don't understand. I'm structurally sound on my knees, I focus heavily on them." 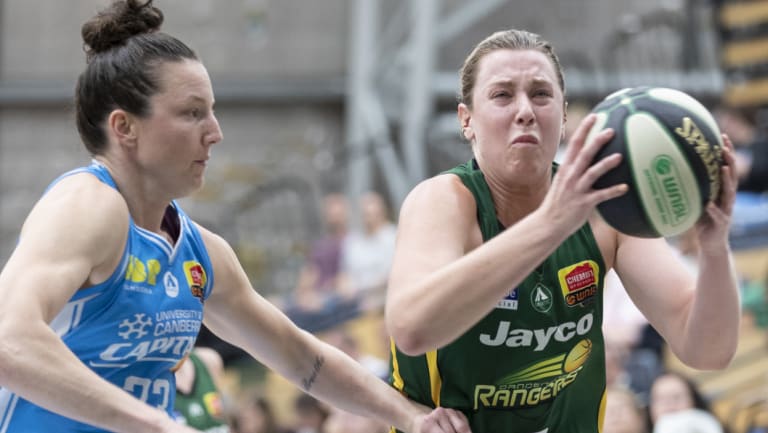 The Capitals will keep a close eye on Nurse this week as will other sides in the finals race as her blazing six of nine three-point shooting was a major factor in the Capitals big win, as she nailed four threes in the second quarter to help her side to a 43-22 lead at half time. 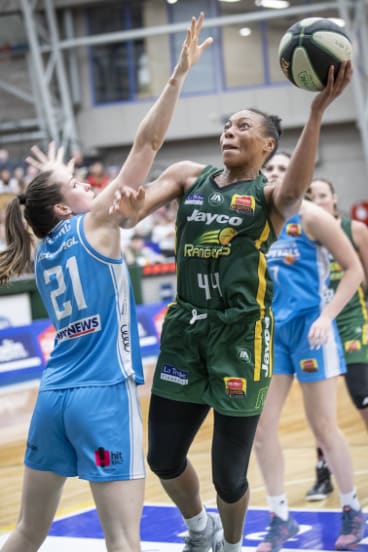 Equally impressive for Canberra was Opals centre Marianna Tolo, who completed 14 minutes off the bench as she continues her return from long term injury. Leilani Mitchell (20 points, five assists) and Kelsey Griffin (12 points, nine rebounds) were also outstanding when the game was there to be won.

The Rangers couldn't find an offensive rhythm, and the Capitals dominated both the tempo and contested areas in a way which stopped almost all runs from the usually high-speed home team.

Their tally was the lowest of any team this season and the loss leaves the Rangers (7-10 win-loss) on the brink of elimination from the finals as fourth-placed Adelaide Lightning (10-7) should only need one more win to qualify. Ladder-leaders the Capitals (12-5), Melbourne Boomers (12-5) and Perth Lynx (11-6) are all preparing for semi finals in a few weeks time.

"It's hard to pin-point one thing," Pedersen said. 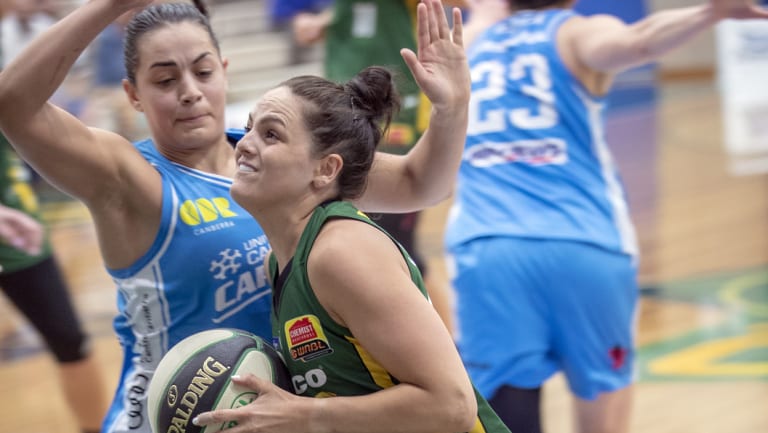 "We went one-on-one a lot and held up the ball, but not everyone was getting touches – you end up one shot and done – and then they have the ball again."

Pedersen refused to blame having to come back from a loss in Perth on Friday night as a reason for the performance, and instead said her side had to regain their offensive cohesion.

"It is a long shot that we make the finals, but even if we are not in, we are playing out here for each other and you want to win," Pedersen said. 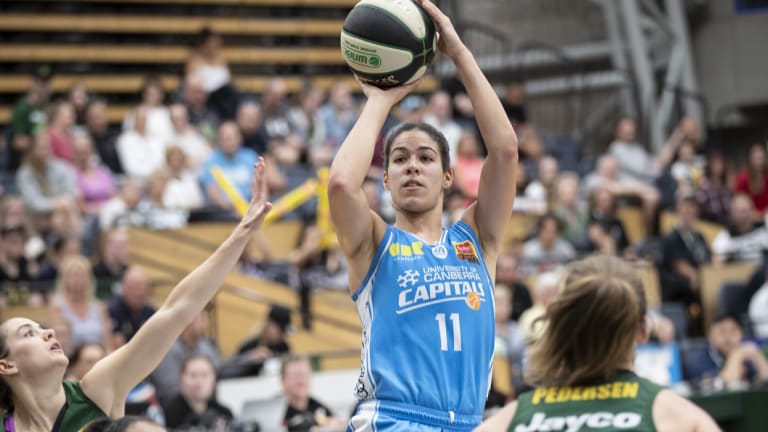 "We are competitors, we want to give our opponents our best shot and make it tough on them."

Nurse knows the Capitals still have some vital games to come but she is looking forward to the semi finals as her team continues to bring the likes of Tolo into their system.

"What is so good about our team is that we are selfless and have players who are keen to take on roles whether for this game or the next three games," Nurse said.

"We are excited to see players come back in and play the game they love after so long out.

"People like Tolo can come in and make an impact right away, it is so great to have a teammate like that."

Townsville Fire improved their record to 7-10 with a 93-80 win over Sydney University Flames on Sunday.

Melbourne Boomers host Perth Lynx at the State Basketball Centre this Friday at 7.30pm while Townsville host the Rangers in Townsville on Friday at 7pm.