CHELSEA flop Kepa Arrizabalaga has set the Blues back a staggering £478,947 per save this season.

The world's most expensive keeper is also the third costliest shot-stopper when it comes to price-per-save based on salary in the Premier League. 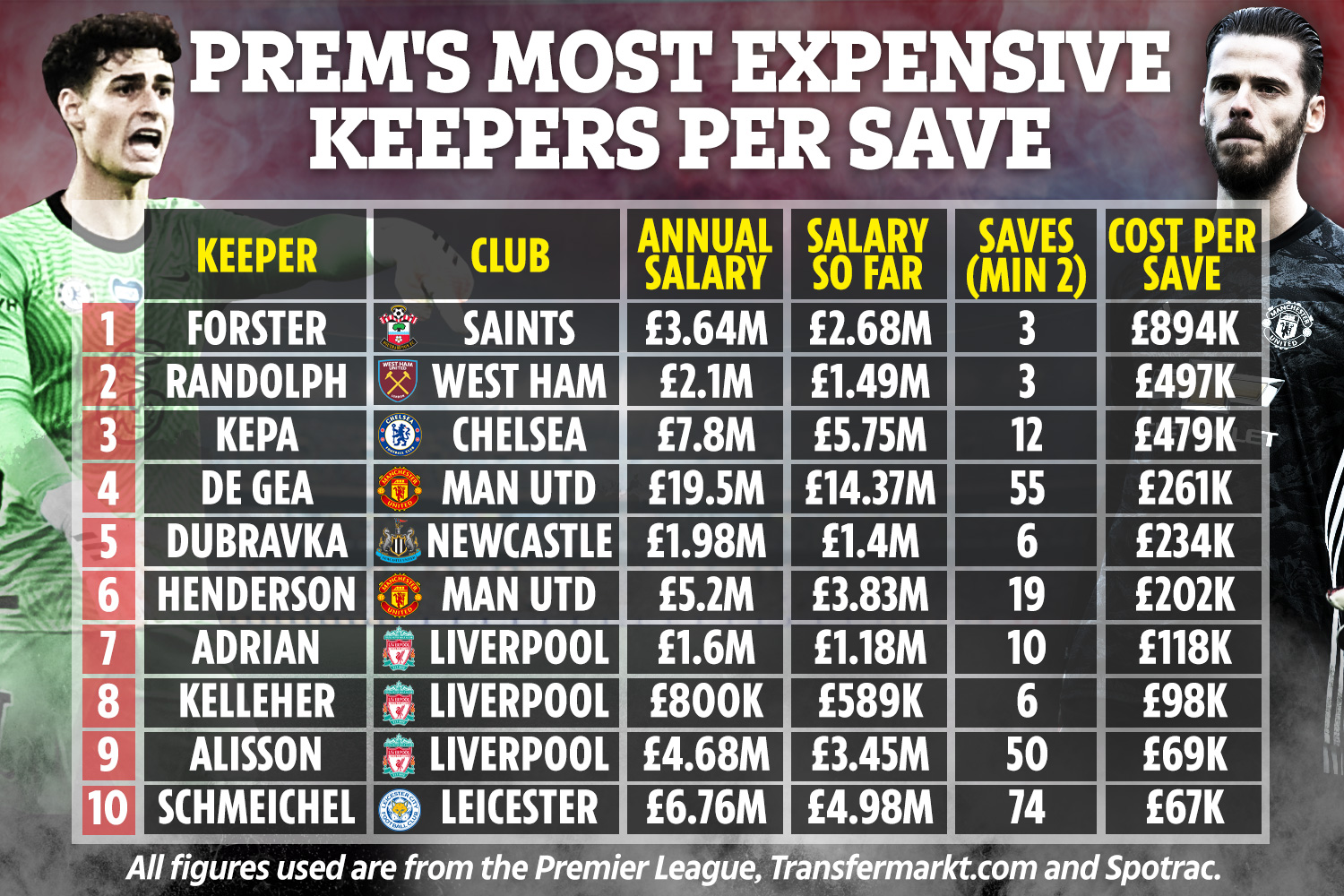 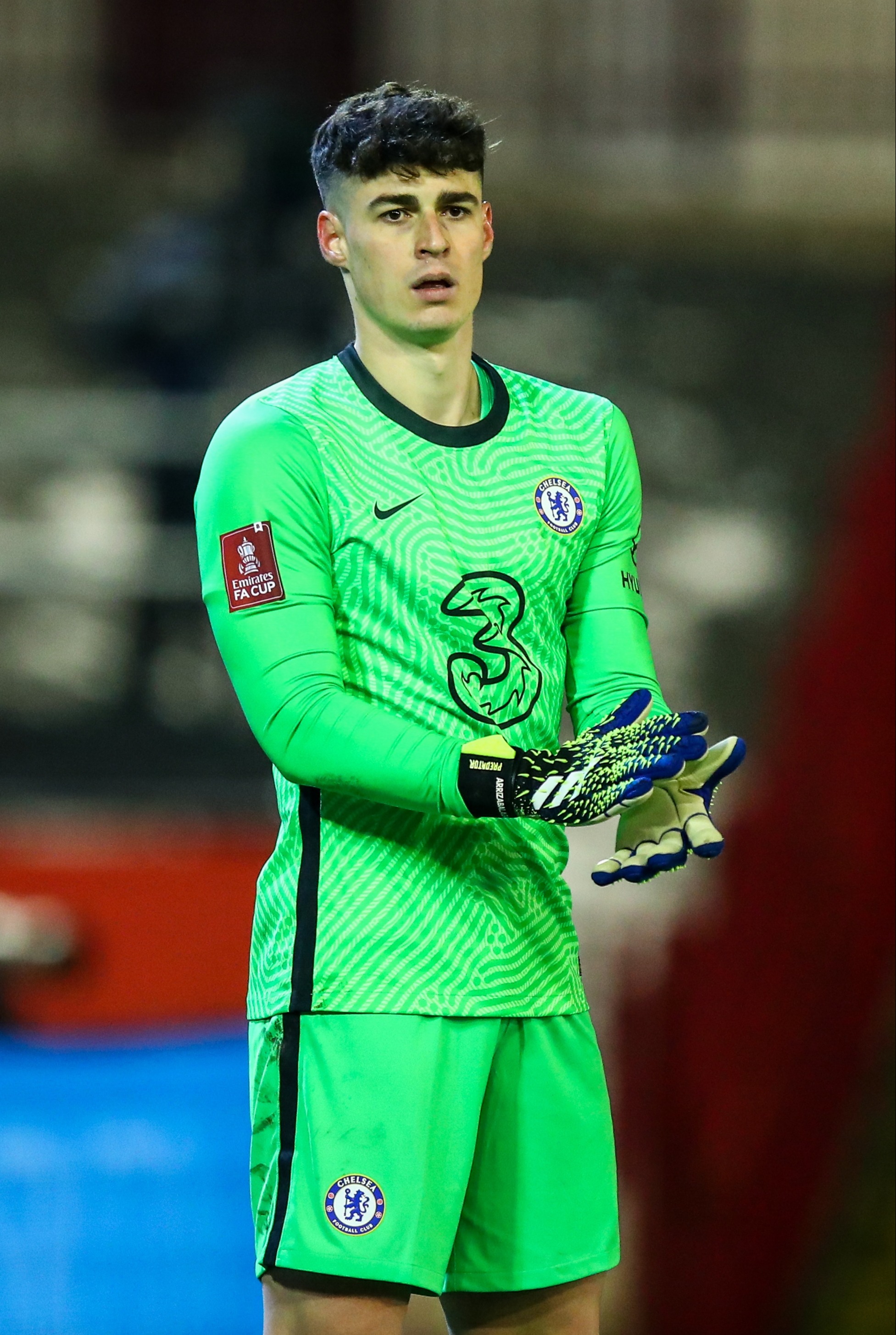 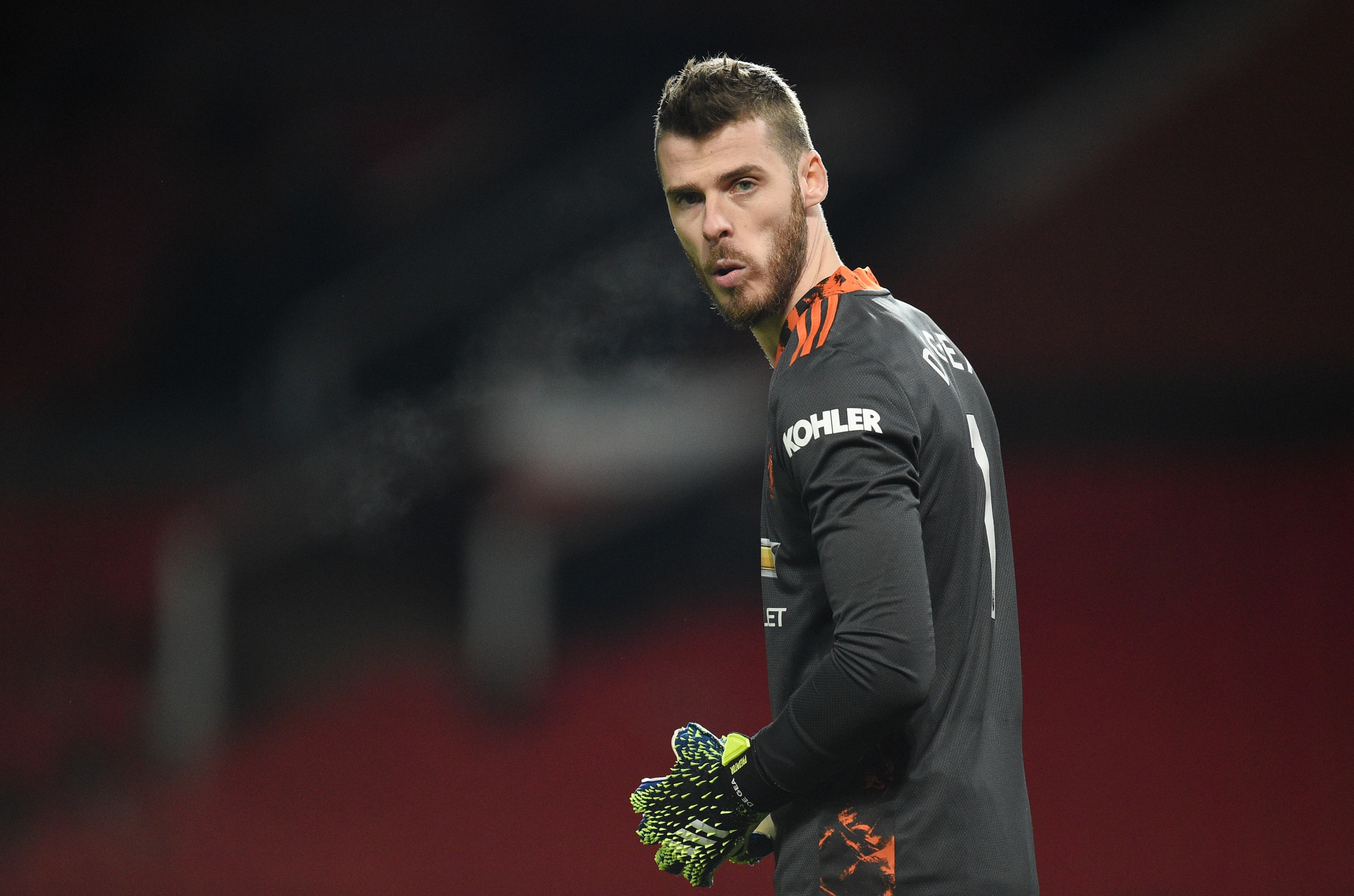 Kepa cost Chelsea £71.6million from Athletic Bilbao in 2018 but struggled so badly the club were forced to buy Edouard Mendy last summer to take over as first choice between the sticks.

Manchester United pair David De Gea and Dean Henderson are being paid over £200,000 each per shot blocked in the top flight, according to figures compiled by BettingOdds.com.

But Southampton's Fraser Forster is the man providing the least bang for his buck with the former Celtic man costing the Saints £894,035 in wages for each of his three saves.

West Ham keeper Darren Randloph is No2 on the list after his three stops set the Hammers back close to £500,000 a pop.

Kepa is in at No3 after already cashing in £5.7m in salary at Stamford Bridge so far this season in return for 12 league saves.

That means United have paid the Spaniard – who is out of action after the birth of his first child – £261,244 per shot stopped in the league.

Henderson earns 25 per cent of De Gea's bumper salary at Old Trafford but his 19 shots blocked have still come at a cost of £201,662 for each effort.

Liverpool trio Adrian, Caoimhin Kelleher and Alisson take the next three spots on the ladder with the Reds enduring an awful slump in league form.

Brazilian No1 Alisson justifies his shirt by being the best value out of the three – making 50 saves at a cost of £68,968 per stop.

Leicester keeper Kasper Schmeichel completes the top ten after earning just shy of £5m so far this campaign in return for 74 saves at £67,312 a pop.