The Portuguese mega-star scored two before half-time to put him on 748 OFFICIAL goals as Juventus won 2-0. 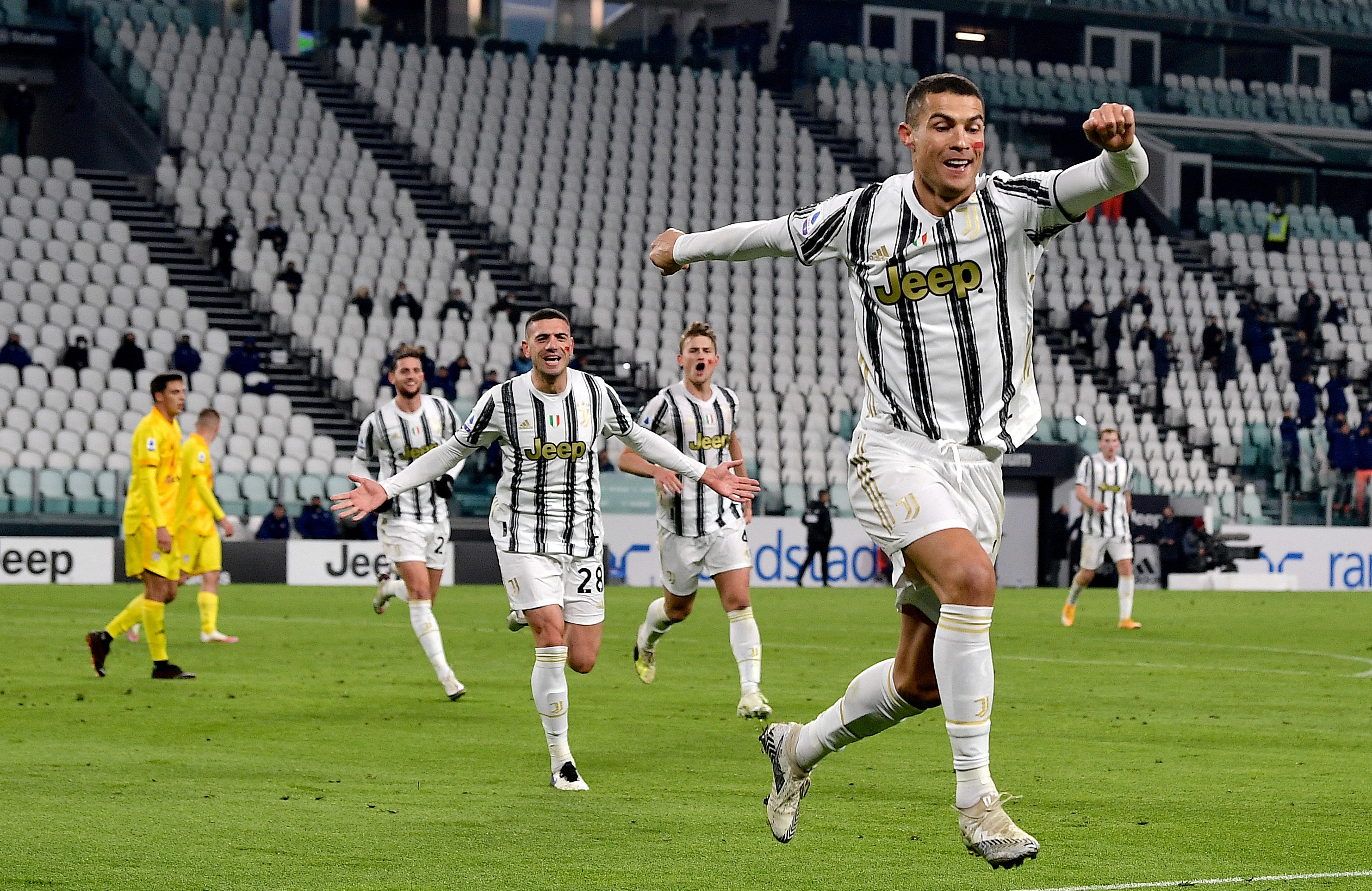 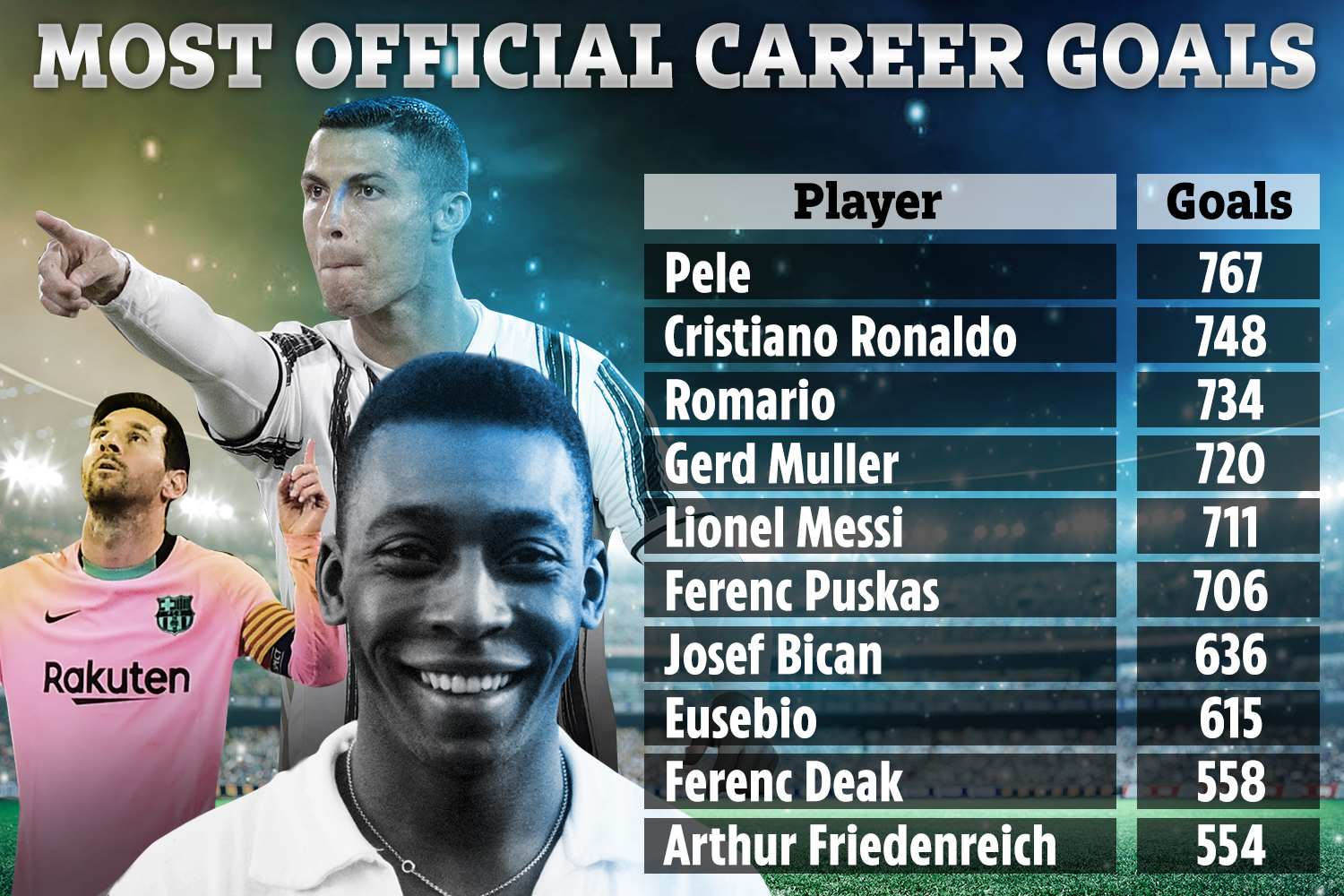 Juve moved second in Serie A with the win – the same position Ronaldo finds himself in the all-time scorer chart.

For his first, he cut inside and drove a low effort into the net before adjusting well to a deflected pass for the his second – flicking the ball in when it was headed behind him.

Ronaldo, 35, is on course to beat Brazilian legend Pele's 767 goal haul given his intention to continue playing into his late thirties.

However, arch rival for the 'greatest player of all time' title Lionel Messi is also in line to edge ahead of Pele too.

Barcelona's Argentine icon has scored 711 official goals – 640 for Barcelona and 71 for his country.

But many argue Messi will eclipse both Ronaldo and Pele as he has just 37 less than Ronnie and 56 less than Pele and he is only 33.

He has also played 142 games less than Ronaldo with 882 under his belt so far.

But for now, Ronaldo is edging closer to the top.

There are suggestions he may be even closer to Pele's total with many arguing the 748 does not include goals scored in unofficial games that should count.

But if he carries on as it is the former Manchester United man will smash the total with official strikes and leave no doubt.

Ronaldo and his Juve team-mates sported red marks on their faces in a campaign to end domestic violence against women.

It is a repeat of last season's move when Serie A players teamed up with Italian organisation WeWorld Onlus to promote the cause.