The German boss, 51, hugged goalkeeper Alisson at the halfway line before he sprinted back to the dugout while he pumped his fists. 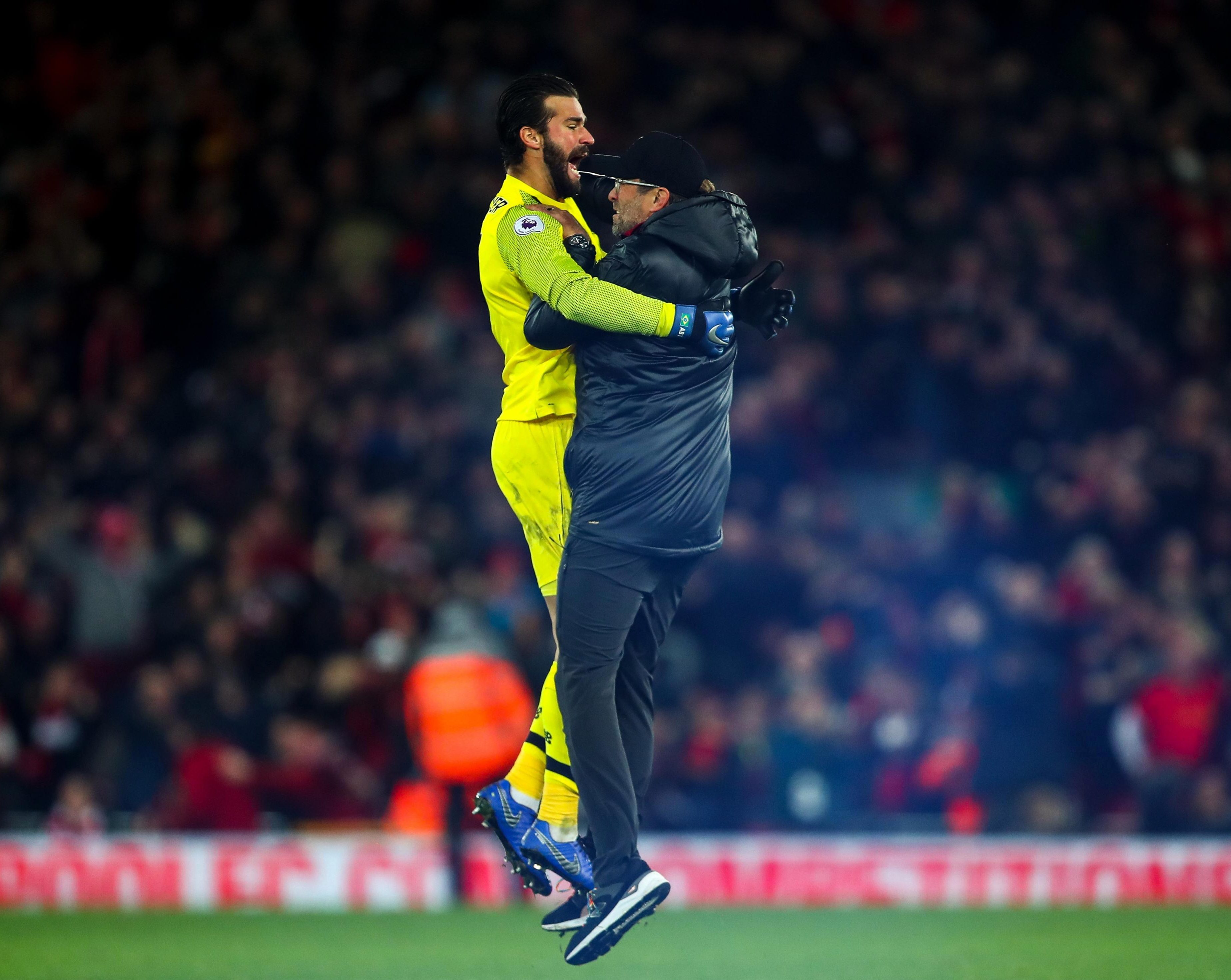 The score at Anfield was locked at 0-0 when four additional minutes of stoppage time were added.

It appeared to be all over as Liverpool pushed for one final attack in the 95th minute of the Merseyside derby.

But Origi managed to head the ball into the net from close range after a moment of madness from Jordan Pickford.

In a moment of madness, Klopp risked an FA investigation as he raced onto the pitch to celebrate with his shot-stopper. 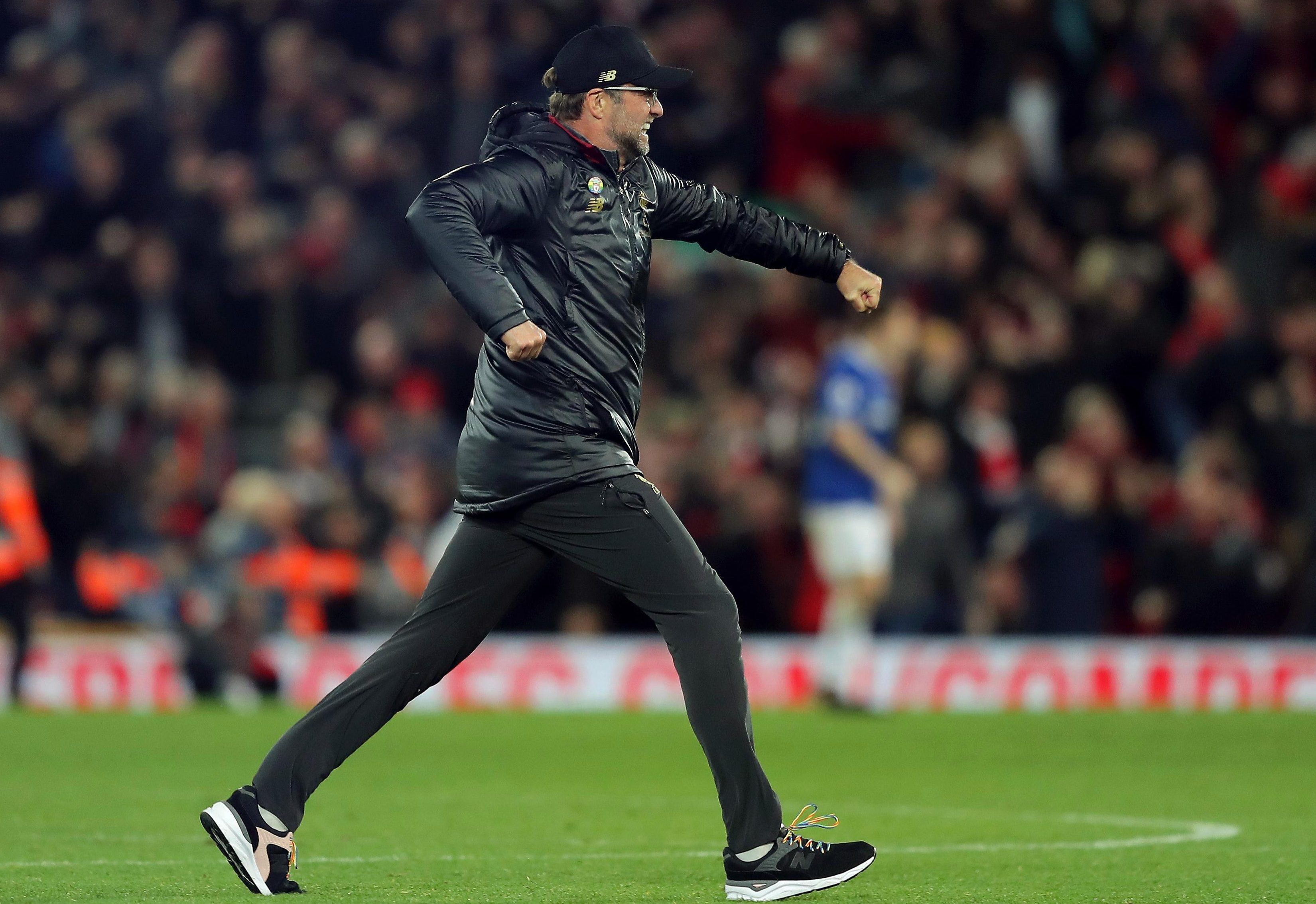 But shortly after the final whistle, the Liverpool boss apologised to Marco Silva for his controversial reaction.

He said: “I have to apologise for my run. I apologised immediately after to Marco (Silva), I didn’t want to be disrespectful.

“I couldn’t stop myself. If I could describe it I could probably control it.

“My respect to Everton could not be bigger after that game. We’ve scored late on before but today, with the intensity.

“The plan was not to run, then I stopped and I was close to Alisson. he was surprised, you should have seen his eyes!” 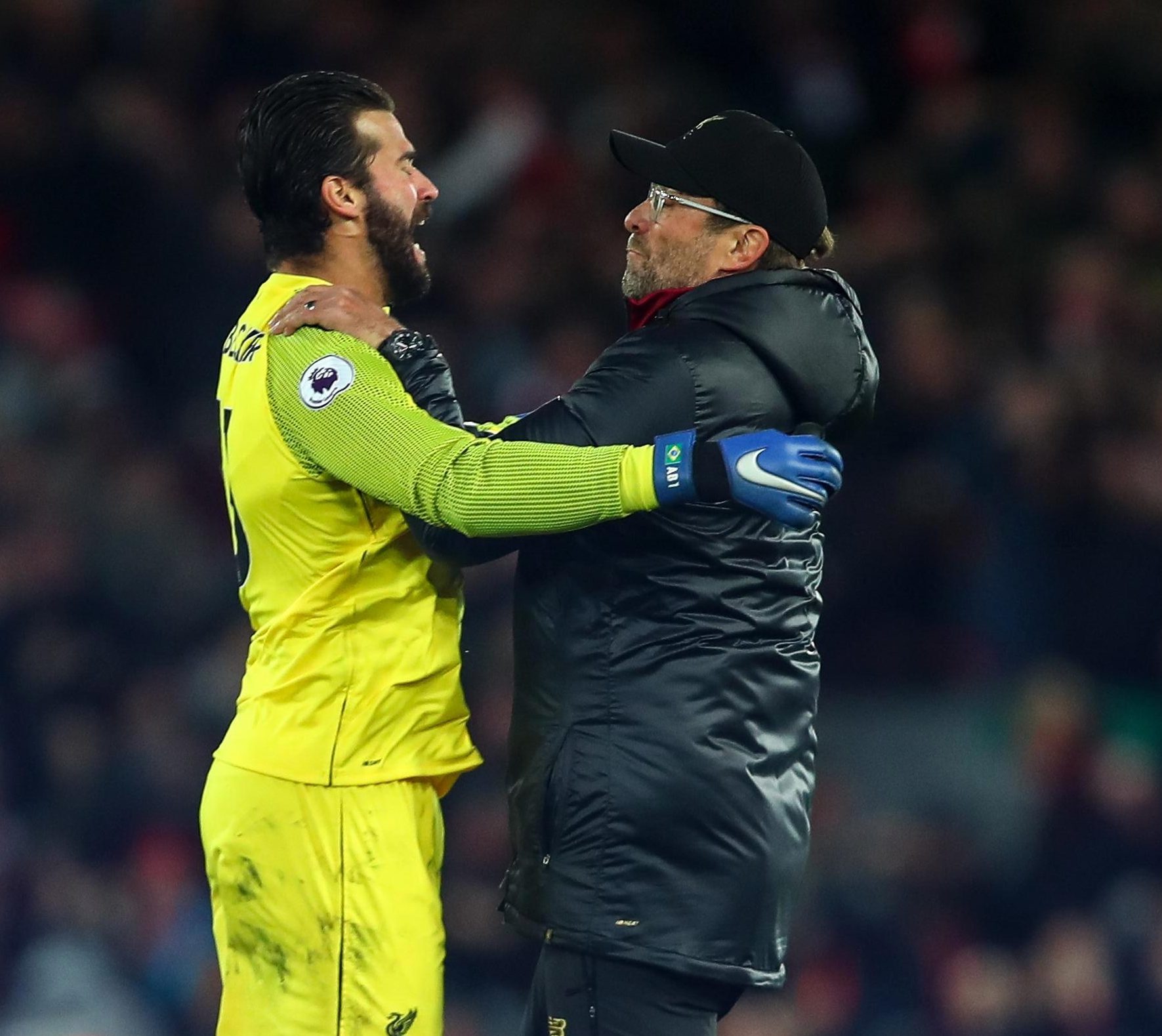 But fans absolutely loved the celebration – with some even claiming it was the best they had ever seen.

One overjoyed fan wrote on Twitter: "That Klopp celebration was the best thing I've ever seen."

While another another added: "Nothing will ever beat Jurgen Klopp running into the centre circle to celebrate a 94th minute winner.

"Then tapping the badge on his chest as he celebrates with the fans."

Anfield legend John Arne Riise said: "And I love Mr Klopp even more after that celebration." 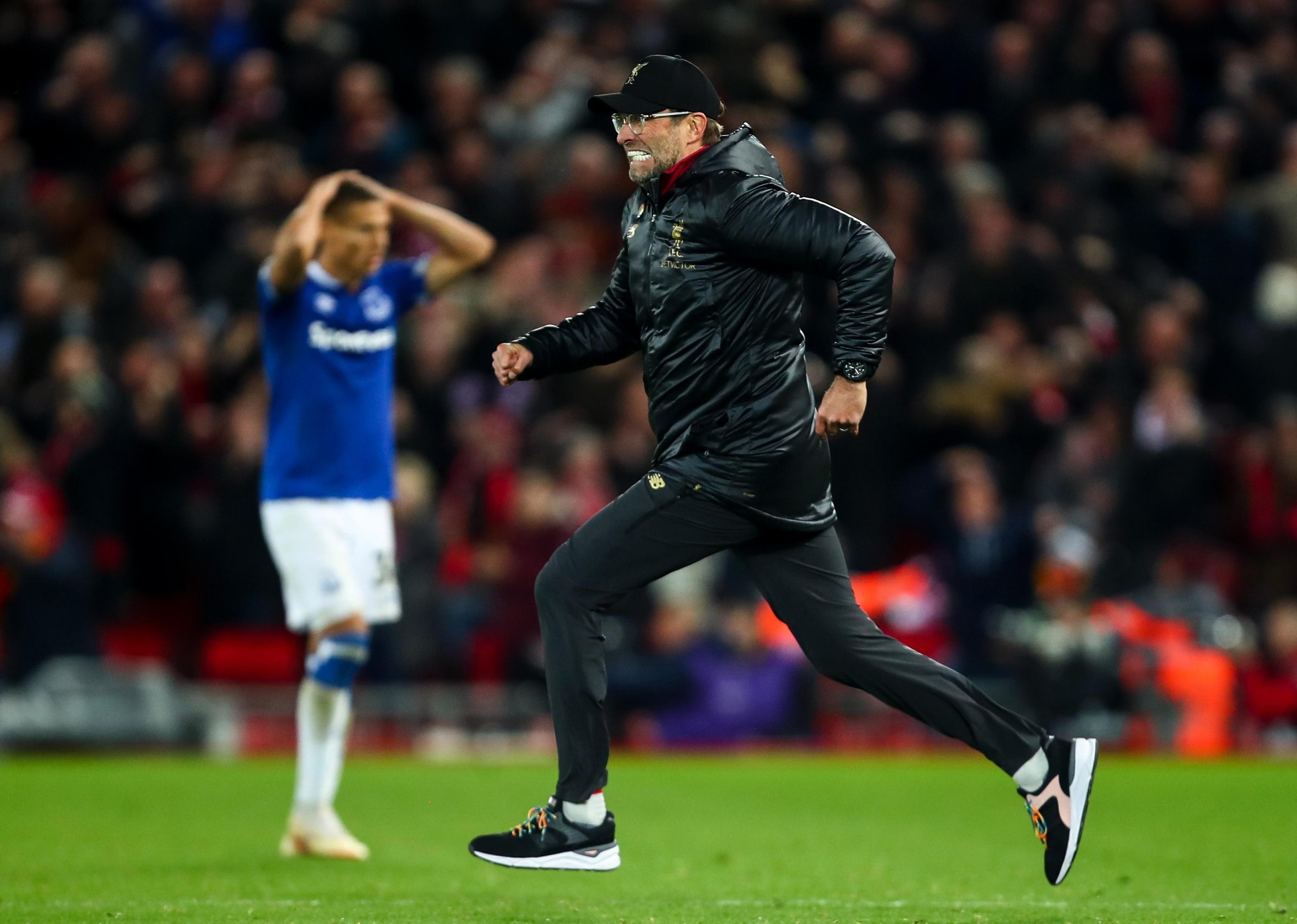