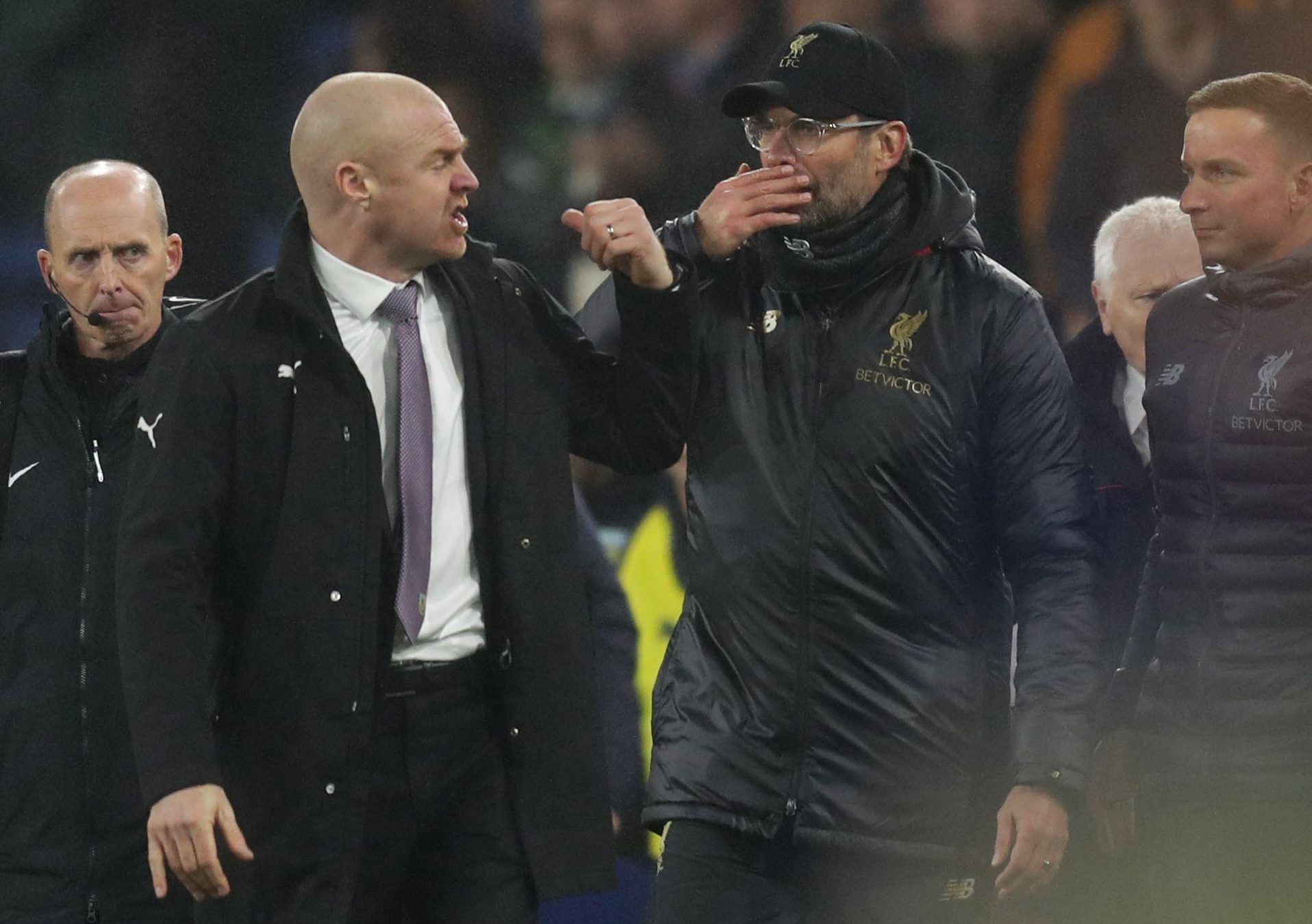 Burnley boss approached the German after the final whistle and shook hands with the Liverpool coach.

Dyche then whispered something to Klopp making him visibly confused.

A moment after the Clarets' manager appeared to be irritated, pointing with his finger and shouting over his shoulder.

Dyche then walked off baffling Klopp even further. 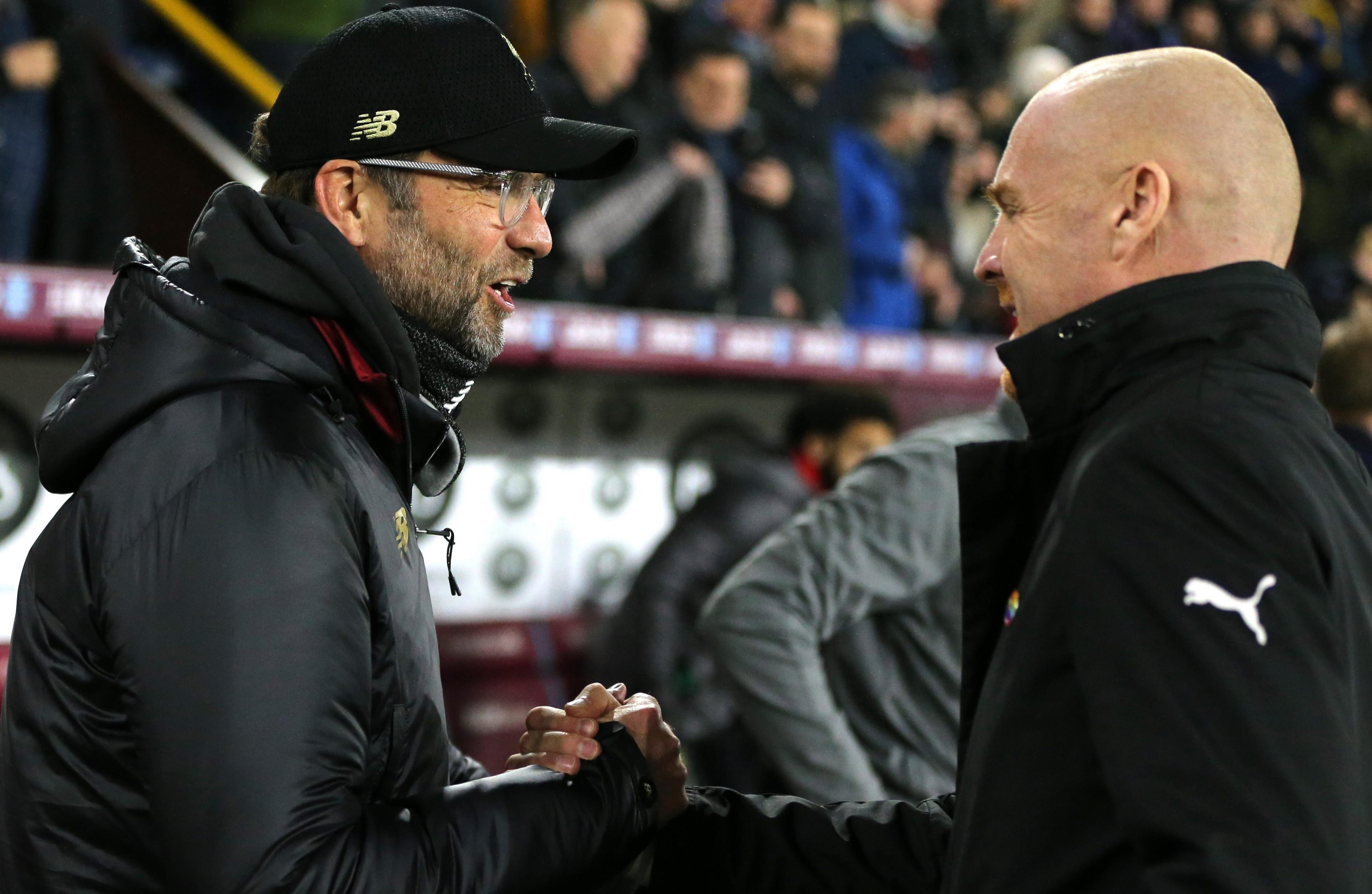 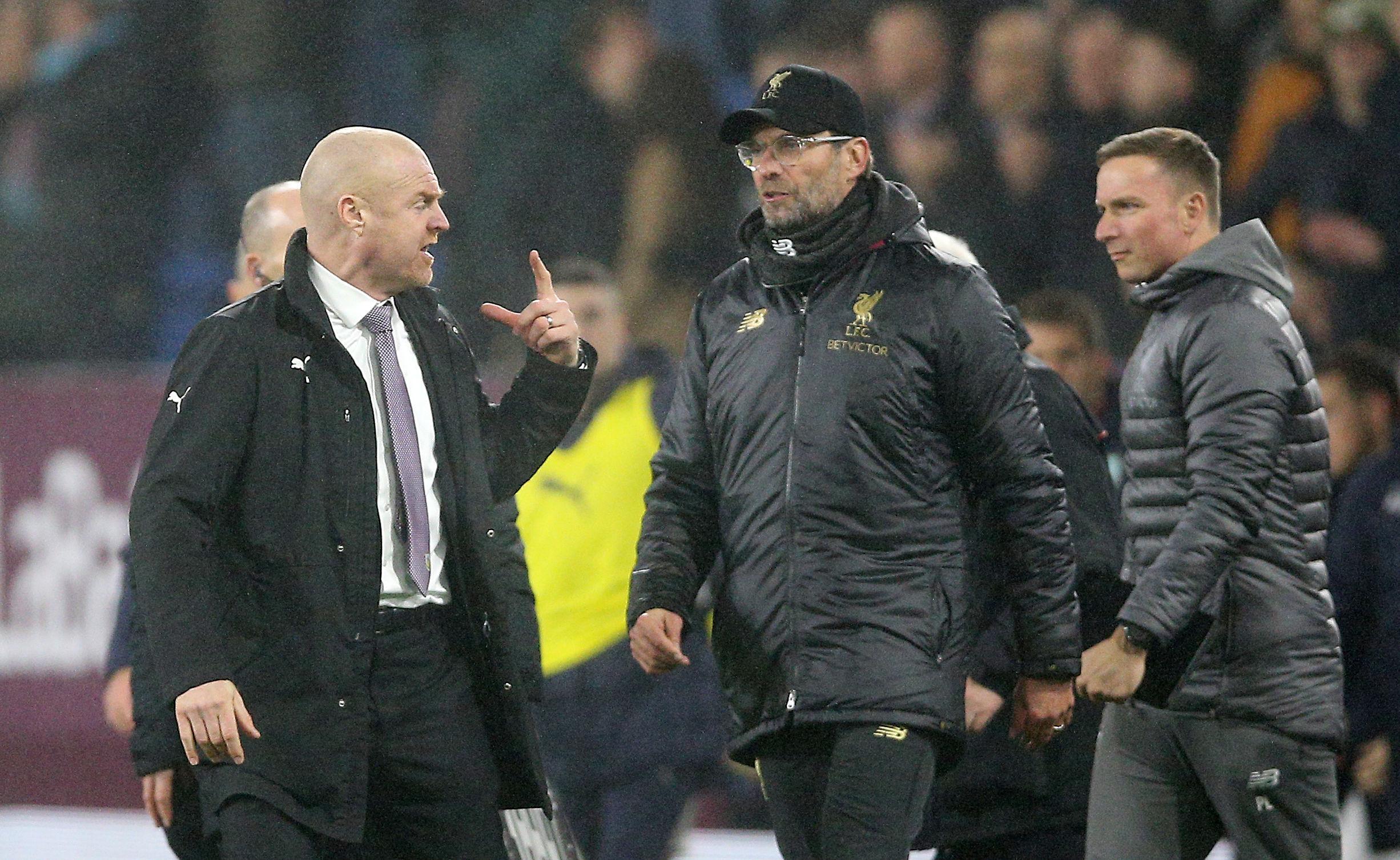 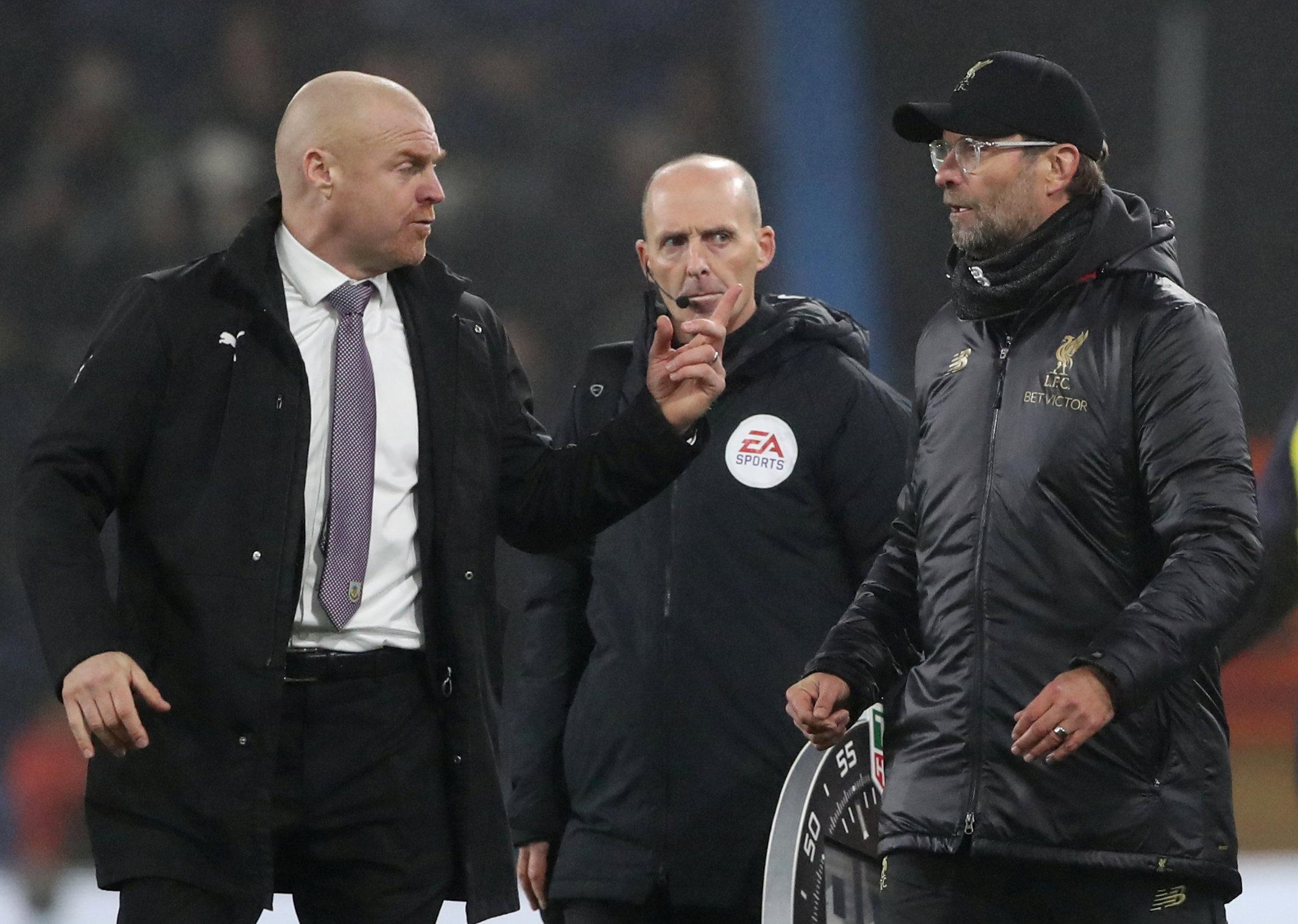 The German followed the Clarets' gaffer seeking explanation and getting irky himself.

But Burnley manager told reporters after the game: "I just said 'well done'."

But two quick goals from James Milner and super-sub Roberto Firmino shortly after buried Clarets' hopes of taking points off the title contenders. 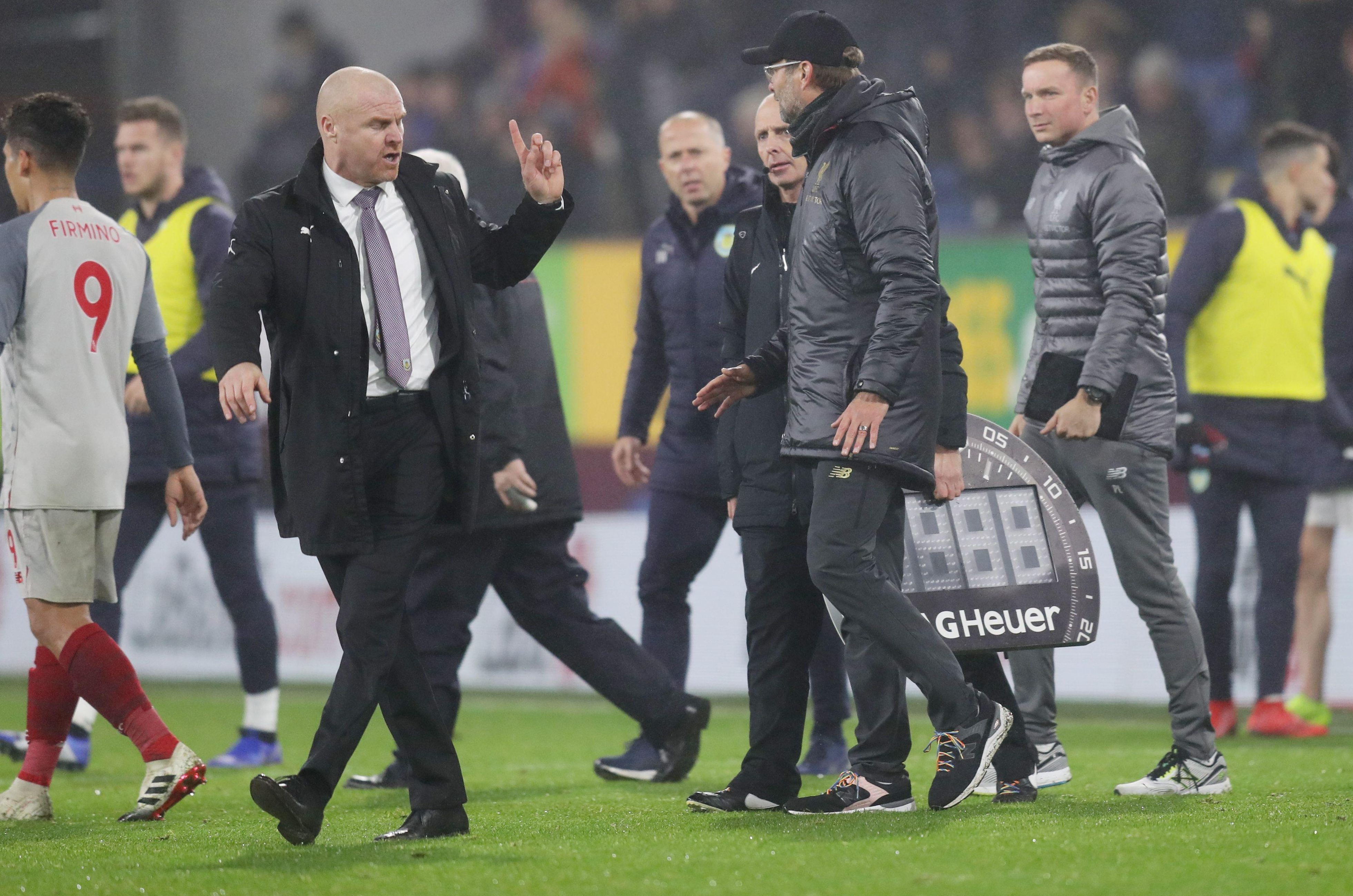 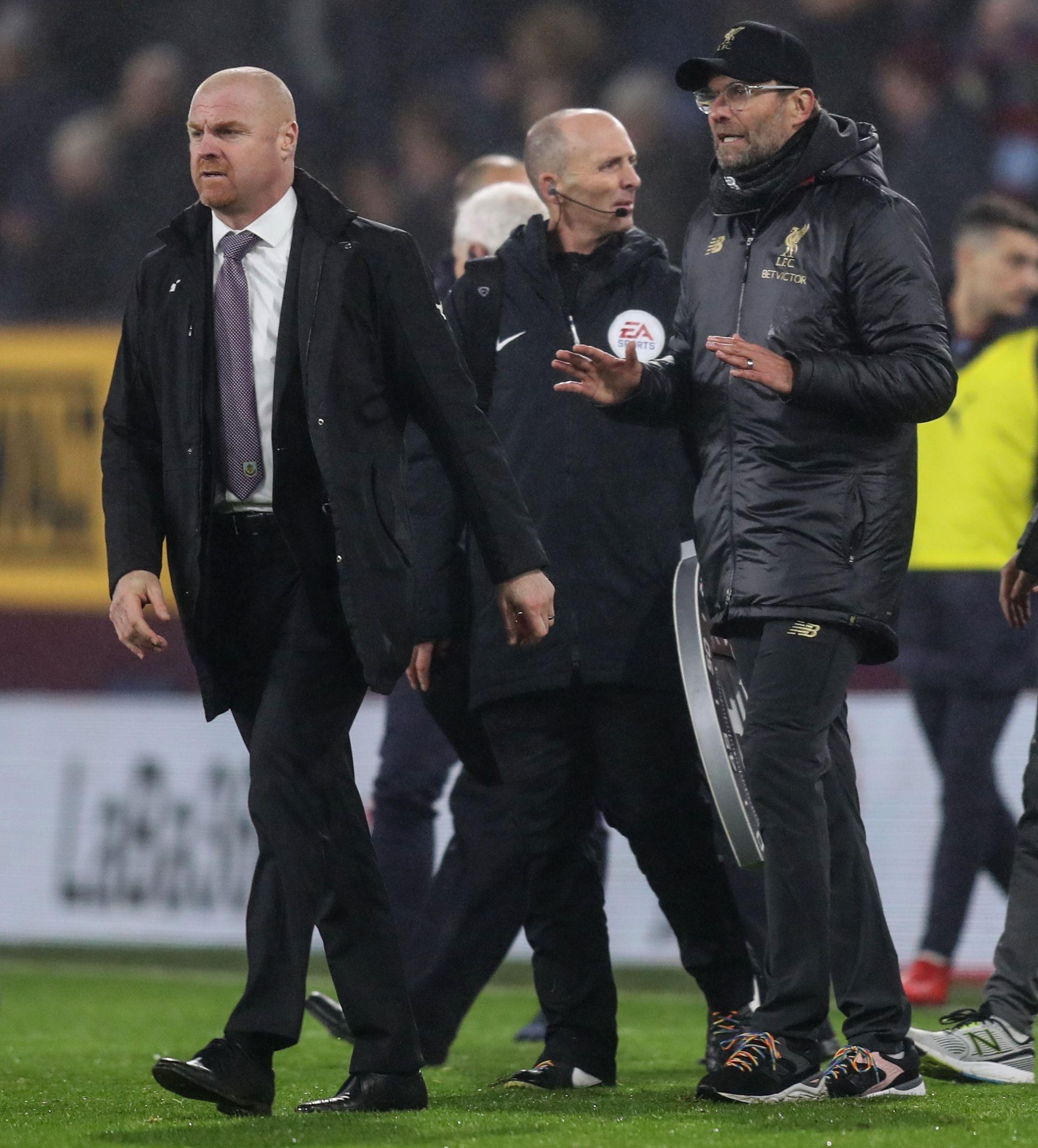