JOSHUA BUATSI raced to his second win in three violent months with a one-sided battering of Ricards Bolotniks.

The man nicknamed ‘Just Business’ raced to his 15th straight victory, in promoter Eddie Hearn’s Essex garden, with a clinic in precision punching that ended brutally in the 11th. 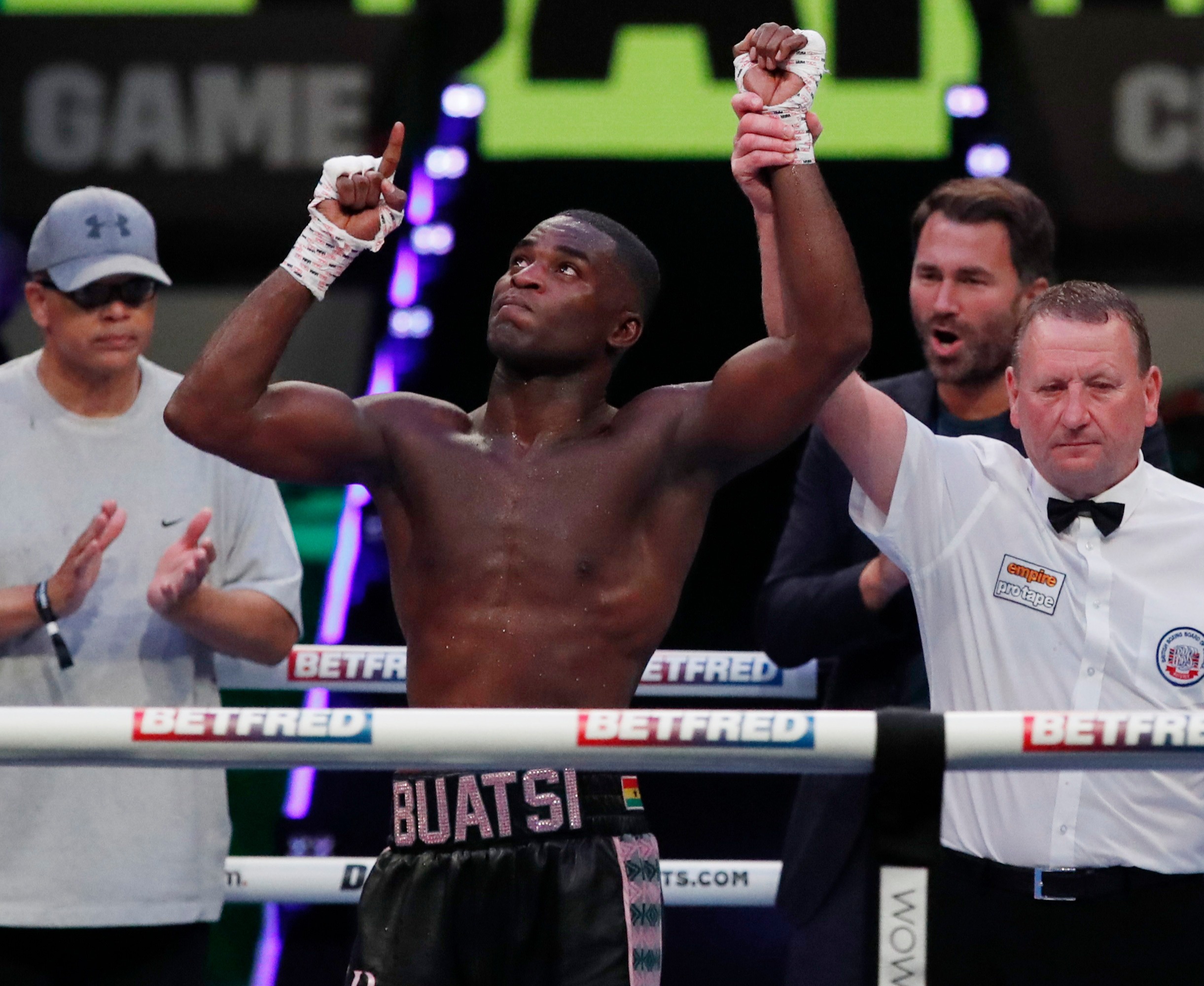 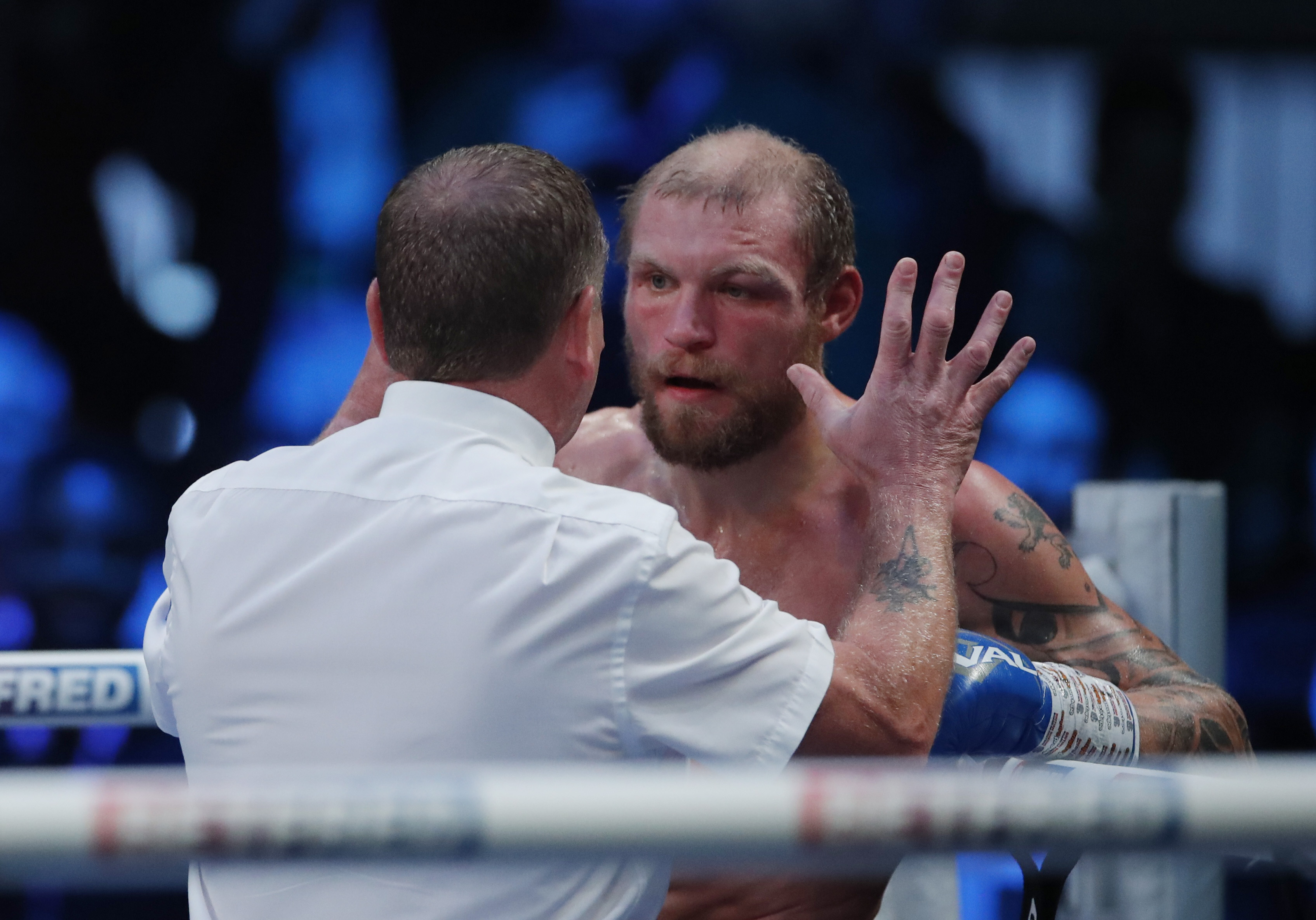 The Anthony Joshua-managed ace dropped the granite-chinned Latvian in the sixth, was docked a point for low blows in round eight and then avoided the judges with a highlight reel knockout.

JB said: "Huge credit to Bolotniks, he is a great champion who pushed me all the way.

"I emptied my tank in the sixth and when I sat down after that I asked myself why but I had done it.

"But I have done it many times in camp with my sparring partners so I never worried."

The 28-year-old Croydon ace struggled to miss at the start of the opener, catching the 31-year-old with every shot in the book.

But he got a warning when Bolotniks landed a short hook that stunned him and forced him smash his heavy fists together in frustration at his lapse in concentration.

Buatsi went to work on Bolotniks’ body in the second but was again tagged with a little hook around his guard.

The 2016 Olympic bronze winner kept punching and poking holes in the visitor and when he was clipped back in the third he shook off the blow and smiled.

By round four Bolotniks’ left eye was pink and bulging and a Buatsi left hook at the every end of the session wobbled the struggling visitor.

Buatsi was whacked again in the fifth but it sparked him into action and he finished the round by peppering Bolotniks again.

In the sixth the fight looked over when Buatsi dipped beautifully under a looping haymaker and bounced up into a left hook that collapsed Bolotniks into the canvas.

The brave underdog beat the count but was pummeled violently for the remainder of the 10-8 round. And he somehow survived the session with his corner just one more clean punch from throwing in the towel.

Buatsi lost a point in round eight when he was punished for one-too-many low blows, giving Bolotniks a chance to recover from the beating he was taking.

Buatsi was caught too many times in round nine but he was never hurt and he finished the stanza with a violent left hook that added more damage to Bolotniks’ bruised and bleeding face.

Rounds 10 and 11 were hard to watch, as JB repeatedly found a home for his howitzers.

And the final punch of the night was a sickening right hander that sent Bolotniks crashing to the canvas without a count even needed. 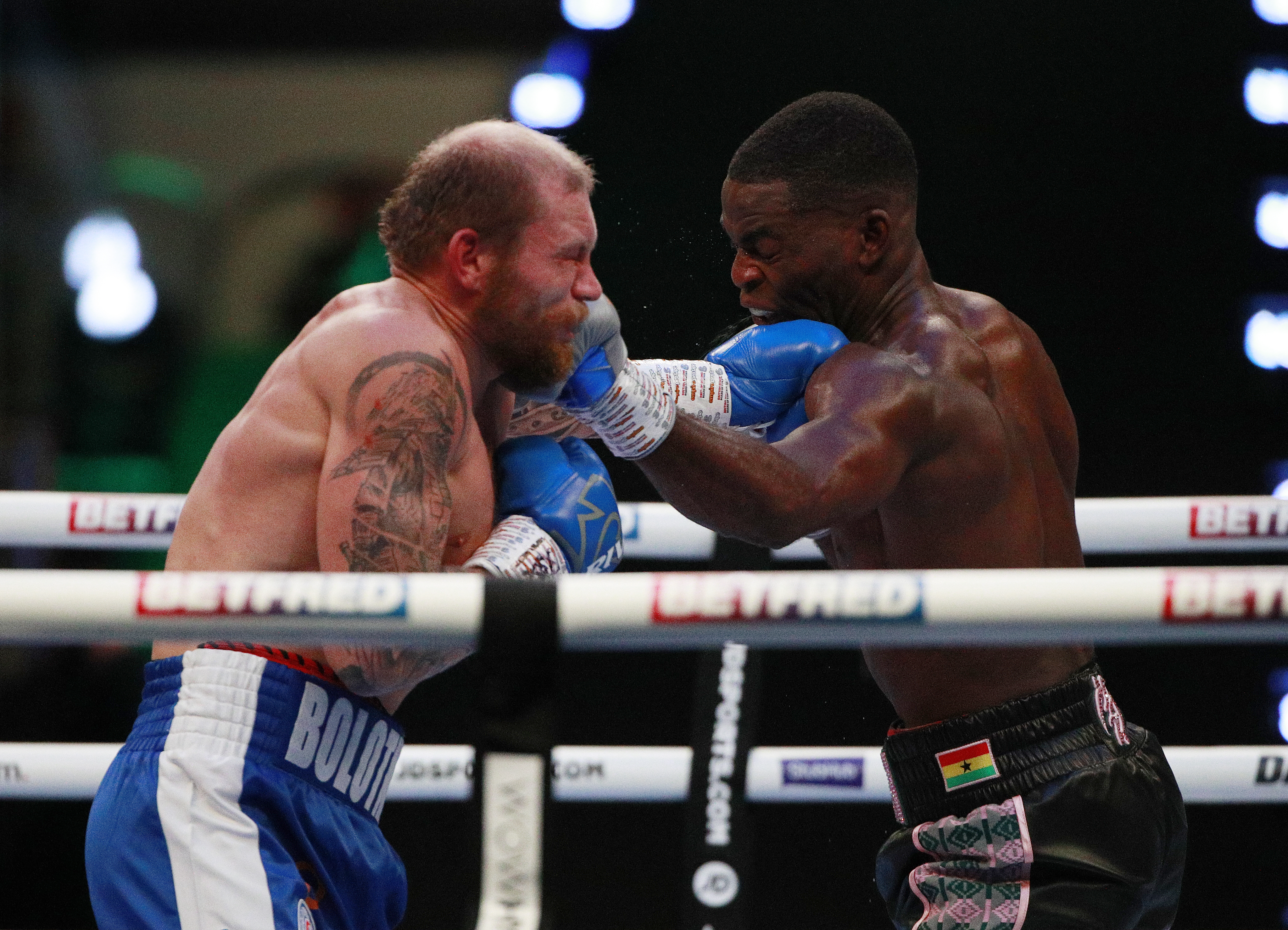