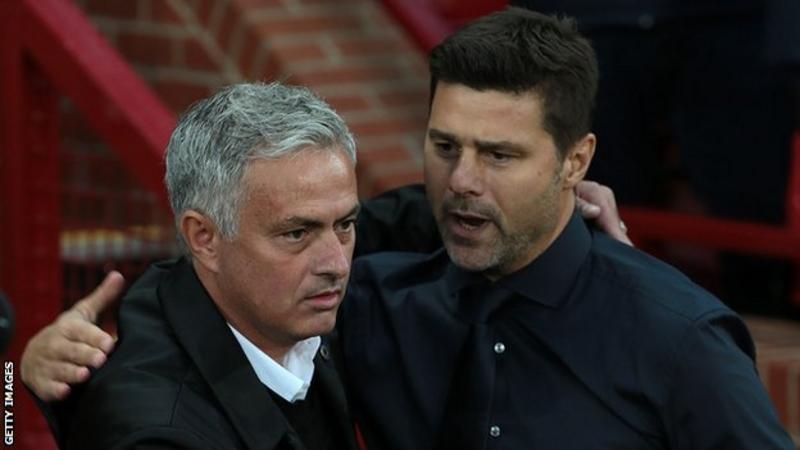 Pochettino, 47, was sacked as Spurs boss on Tuesday after five years in charge of the north London club.

The Argentine led Spurs to the Champions League final last season, where they lost to Liverpool.

Portuguese Mourinho has been out of work since being sacked by United in December 2018.

Ex-Chelsea, Porto, Real Madrid and Inter Milan manager Mourinho has turned down a number of job opportunities, including in China, Spain and Portugal, since leaving Old Trafford.

There have been reports of a falling out between Pochettino and chairman Daniel Levy, but the decision was taken purely because of the poor results over a number of months, starting last February.

Bournemouth’s Eddie Howe, RB Leipzig’s Julian Nagelsmann and free agent Massimiliano Allegri, who left Juventus at the end of last season, have all been linked with the job.

Spurs have never hired a manager as expensive or demanding as Mourinho, nor spent the kind of money on players that he became accustomed to at clubs such as Real Madrid and Manchester United.

Many fans will therefore be surprised that he is in contention, with RB Leipzig’s young coach Julian Nagelsmann appearing a much more natural fit.

But Spurs have come a long way in recent years under Pochettino. They have a new £1bn stadium and training ground, and four successive seasons in the Champions League, (along with player sales) have helped them to become the most profitable club in world football.

They now have a European pedigree, and a hugely talented squad.

Mourinho has been out of the game for almost a year and having retained a home in London, the job appeals to him.

His tribulations at Manchester United saw him lose his ‘Special One’ status, but his many achievements in the game still command widespread respect.

Chairman Daniel Levy must now decide whether to gamble on Mourinho, who as he proved at Old Trafford, may be box office, but can also be high maintenance.