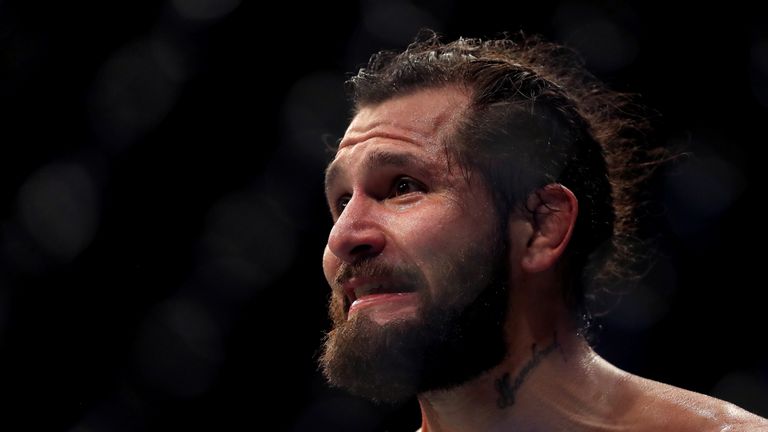 Jorge Masvidal knocked out Liverpool fighter Darren Till in the second round of their welterweight contest at UFC London, but the American’s victory was overshadowed by a backstage altercation with Leon Edwards.

After the fight, footage emerged of Masvidal breaking away from an interview to confront Jamaican-born Birmingham fighter Edwards, with the pair trading blows.

In a video posted to Twitter, Masvidal could be heard saying “come over here, say that to my face”, before security teams intervened to break up the fighters.

Later, Masvidal retweeted a video of an interview with ESPN, where he explained the incident.

“As I walk up to him, I’ve got my hands behind my back to signal I’m not coming here for problems, but he put his hands up and walks towards me,” he said. “Well, where I’m from, if you do that, you’re going to punch me in the face. That’s not going to happen. So I gave him the three piece with the soda, and then just glide out of there.”

UFC executive David Shaw told a press conference the incident between Edwards and Masvidal would be reviewed before deciding whether any sanctions should be handed out.

“Too early to tell, we’ll review it. Dana (White, UFC president) is already looking at it. We’ll review everything over the weekend and take the next steps from there,” he said.

Beforehand, 26-year-old Till was headlining at the O2 and back in action since suffering a first defeat as a professional to UFC welterweight champion Tyron Woodley last September in Dallas. 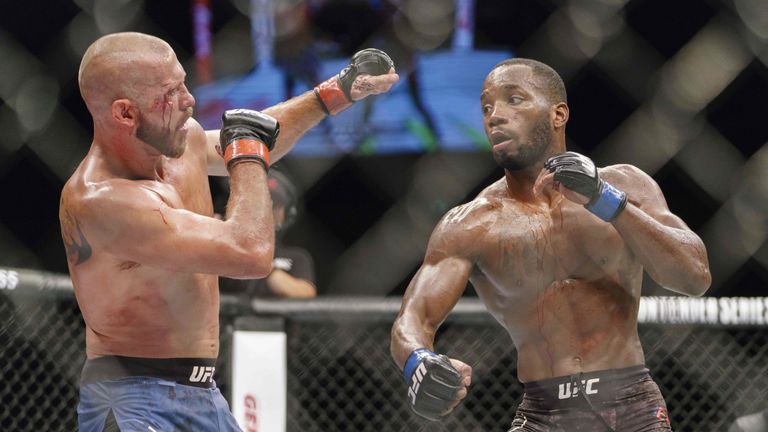 However, Till, third in the UFC rankings and seeking another crack at the title belt against newly crowned champion Kamaru Usman, was put down by a strong left-hand shot from veteran Masvidal.

Till spent the early part of his professional career in Brazil, with Saturday’s main event contest only his second fight in England on an evening when Michael Bisping was entered into the Hall of Fame.

Following a raucous welcome by the sell-out crowd on the banks of the Thames, Masvidal landed a low kick during the opening exchanges with Till then landing a jab which put the American down.

However, Masvidal, who boasted a record of 32 wins and 13 losses coming into the fight, then delivered a vicious left which rocked Till and sent the Englishman to the floor, before he was struck again ahead of the contest being ended by referee Marc Goddard. Following treatment by medical staff, which looked to include oxygen, Till was brought round before returning to his dressing room.

Elsewhere on the undercard, Edwards had earlier taken a split decision in his welterweight bout against Gunnar Nelson, who is Conor McGregor’s training partner.