ARSENAL ended their pre-season with a last gasp 2-1 defeat in Barcelona but they shouldn't feel disheartened by the result.

Pierre-Emerick Aubameyang scored a cracking opener in the first half to give the Gunners the lead. 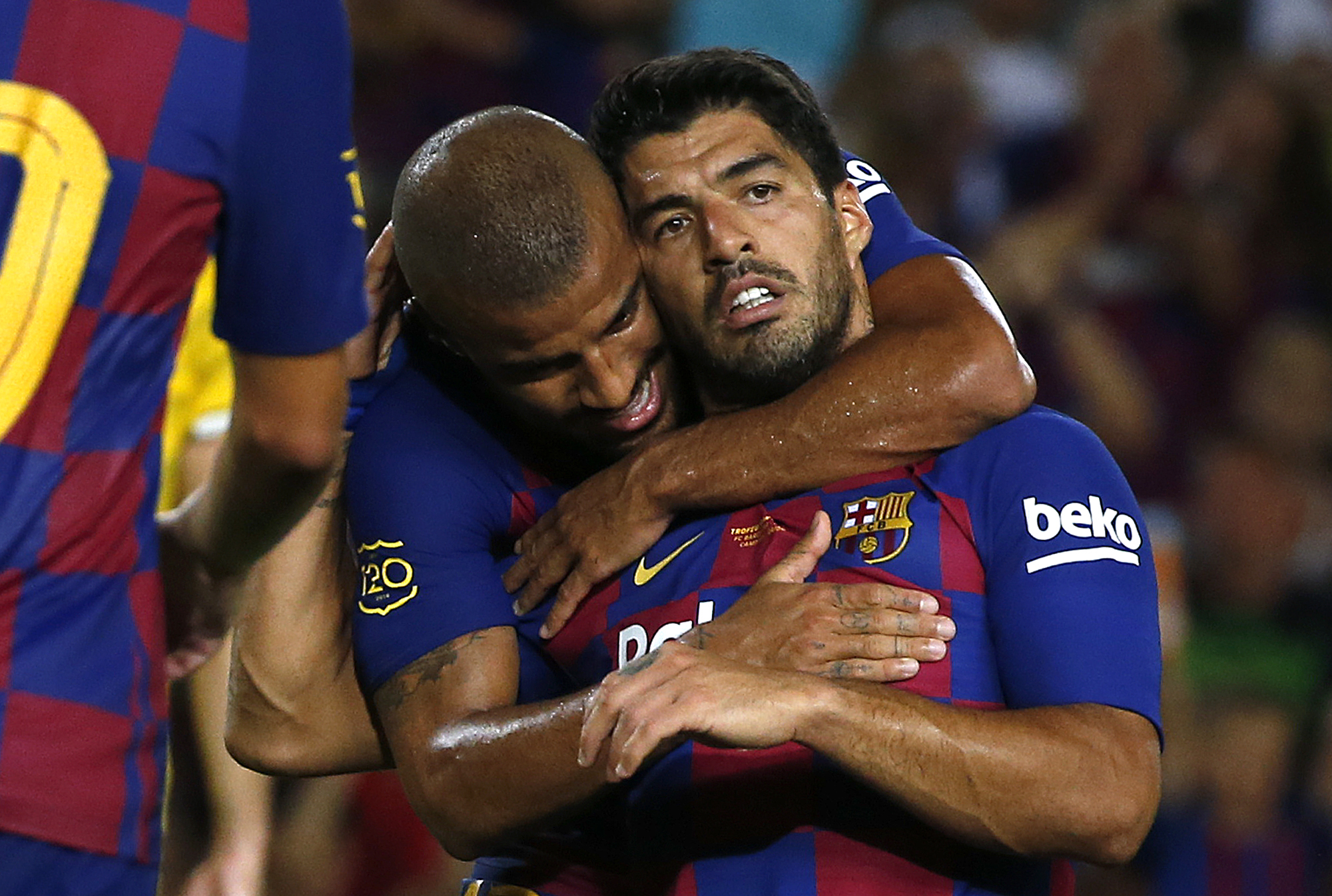 Arsenal were in control until a moment that Ainsley Maitland-Niles will never want to see again.

The youngster, who had a terrific game up until that point, managed to pass the ball past his own goalkeeper to give Barca the equaliser.

And just as the game was heading to penalties, old foe Luis Suarez pounced to give the home side the victory.

Here's how the Arsenal players performed in Spain.

Failed to communicate with team-mate Maitland-Niles which cost Arsenal dearly with a shocking own goal. Will have to be in good form this season with such a weak defence in front of him.

Having been the standout performer in the first-half, Maitland-Niles night turned into a mare when he scored a howler of an own-goal past Leno. Had shown brilliant pace and superb delivery going forward before then.

Dealt with the pressure of Barcelona's attack well but needs to form a partnership with Chambers quickly if they are to prove the doubters wrong. It could be a long season.

The weak link in Arsenal's poor back-four. A poor touch almost allowed Barcelona in twice, which will come as a huge concern to Emery and Arsenal fans. Huge lack of confidence and Suarez capitalised in the second-half.

Having had an uncertain future at Arsenal, the veteran Spaniard put in an impressive display in the opening 45 minutes. Hooked at half-time but a wise decision to keep him around.

Surprisingly sloppy in possession given his senior position in Emery's midfield. Passing was off and struggled to take control of the tempo. Will have been a disappointment to his boss.

Put in a stunning block when Semedo looked certain to score and hooked a certain goal off the line. Having shown his attacking ability earlier in pre-season, he was an assured head protecting his goal at the Camp Nou. 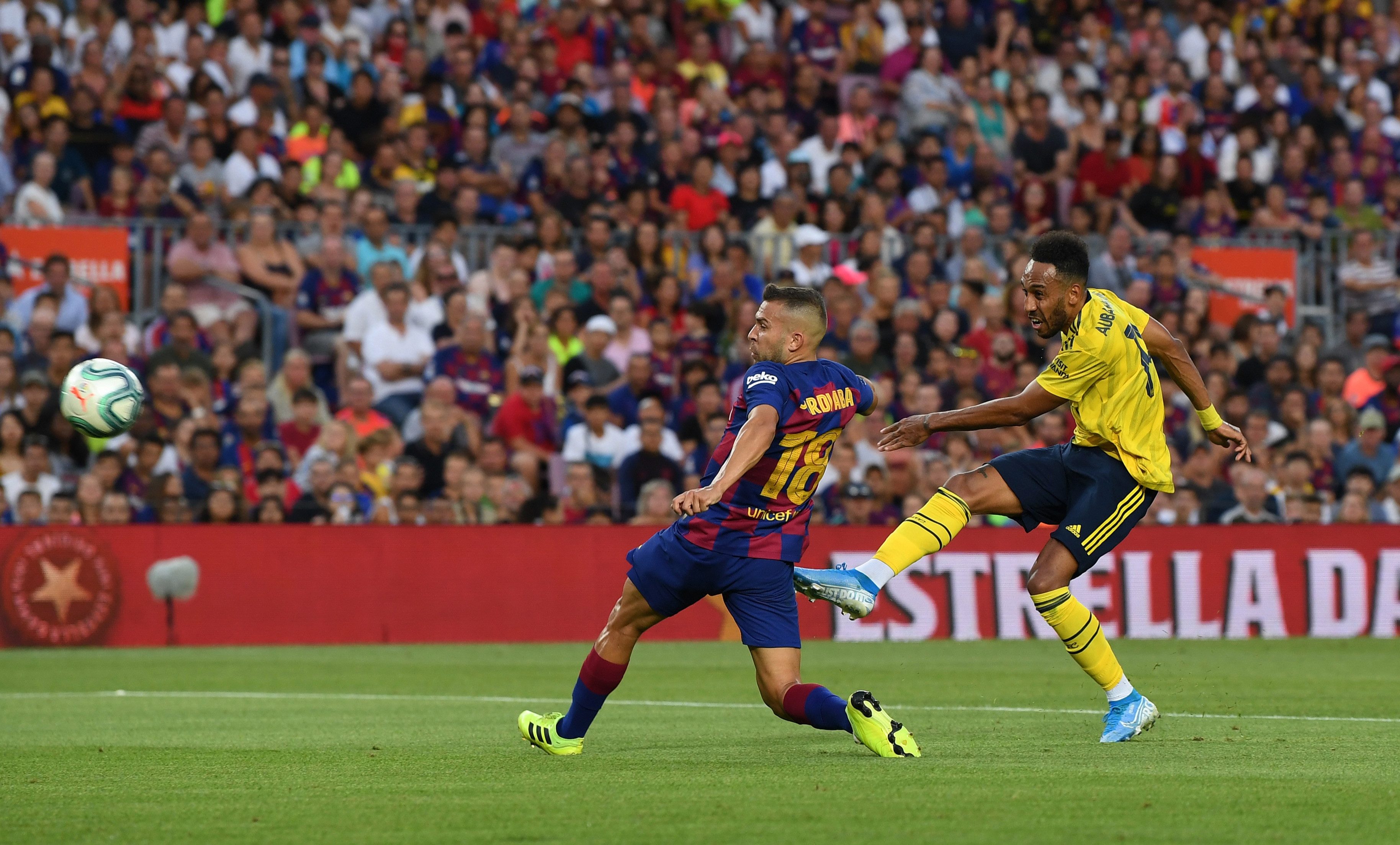 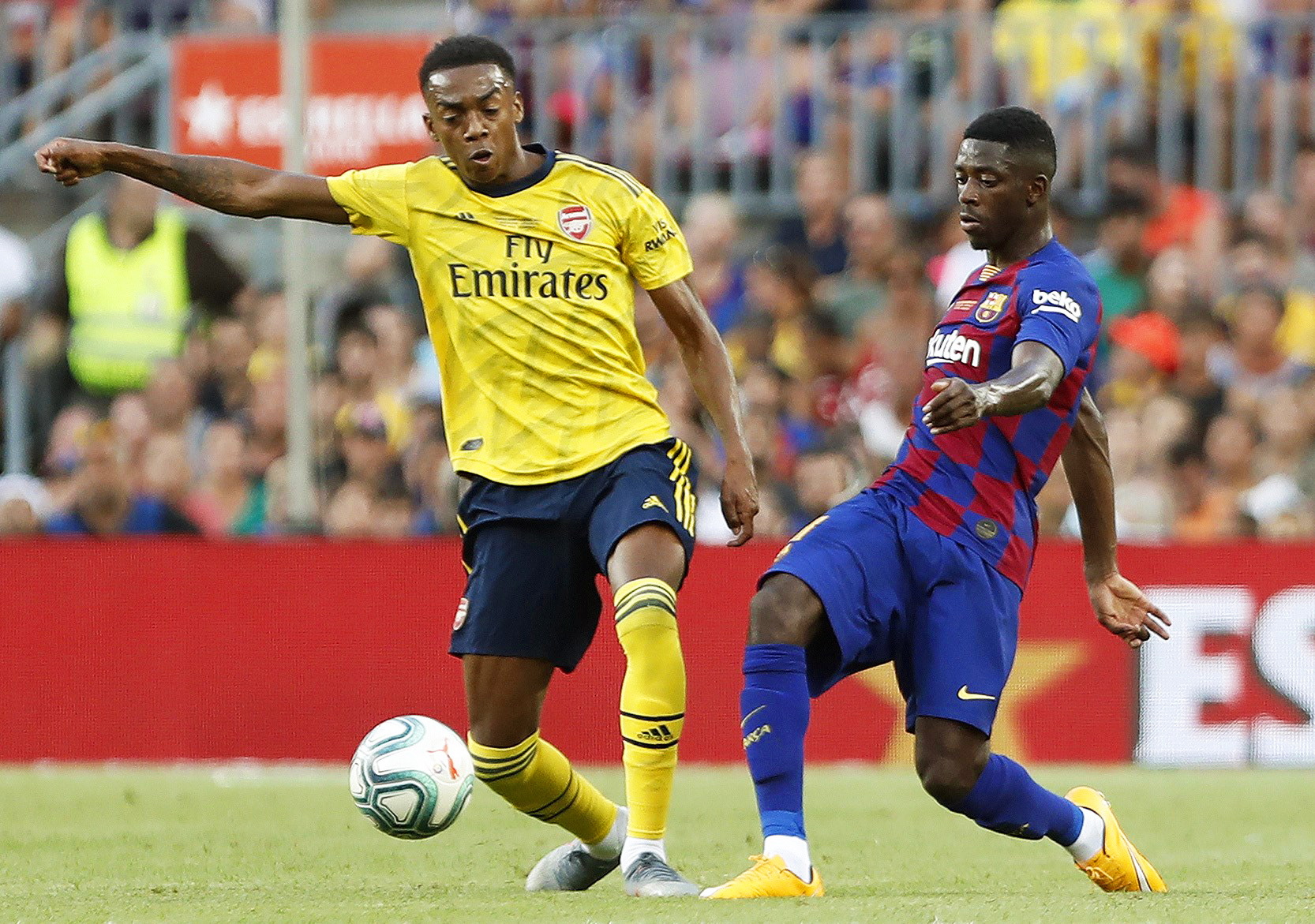 Sharp and incisive passing helped Emery's side on the counter-attack as the German linked up well with Aubameyang. He will be key to the success of Arsenal when Pepe and Lacazette join the attack.

Bright and lively in attack, regularly showing his pace down the left-hand side and cutting in on his favoured right boot. Not lit up Arsenal’s pre-season, as many expected, but could be a key member of the squad this season.

Fairly involved at the Camp Nou, which comes as a surprise given his place in this team is under threat with the arrival of Nicolas Pepe. Emery will expect to see more from him.

Despite being a lone frontman at the Camp Nou, Aubameyang terrified the Barcelona defence with his blinding pace. And his stunning strike showed last season’s joint top scorer in the Premier League has not lost his eye for goal.

Having dealt with knife-wielding moped thugs in North London, a few galacticos in Barcelona was never going to be a problem for Kolasinac.

Brought an energy to Arsenal's midfield after coming off the bench and helped provide a much-needed defensive screen.

Main involvement was being hacked down by Rafinha, but had a bright cameo at a stadium he knows well as a Real Madrid loanee.

Stars were in his eyes when a Saka cross came invitingly in his direction – but his effort was just wide.

Brilliant cameo as he showed his dangerous delivery with a delicious cross that Aubameyang almost turned past Ter Stegen.