‘He’s a magician!’: Gary Lineker and Piers Morgan are among thousands of dumbfounded cricket fans who can’t work out how Joe Root’s bat stood upright – without him touching it – during the Lords Test match

Joe Root has left fans stunned after TV footage emerged of the England star leaving his bat standing upright on the pitch without him holding it with either hand during the first Test at Lord’s.

The bizarre moment took place while Root shared a crucial partnership with Ben Foakes on the fourth morning of the match. Standing at the non-striker’s end, Root was clearly not touching his bat for several seconds as New Zealand’s Kyle Jamieson ran in to bowl.

Test Match Special (TMS) posted the clip on their Twitter account, accompanied by the caption: ‘Anyone know how he did this?’ alongside an exploding head emoji. Numerous fans then poured in with their reactions to Root’s scarcely believable stunt. 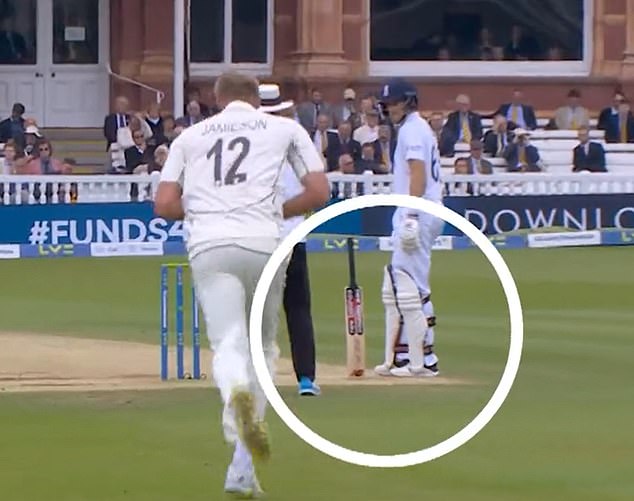 Meanwhile, Piers Morgan hardly even seemed surprised that Root had managed to pull it off.

Responding to TMS’s tweet, he wrote: ‘Yes. He’s a magician with the bat.’

Another Twitter user went with a similar theme to Lineker and Morgan, joking that Root must have cast a spell on his bat.

‘Absolute wizard with and without the bat,’ they posted.

One fan decided to have fun with some word-play, referring to how Root’s bat is made by the brand New Balance, and that he had clearly found the perfect spot to nail his trick. 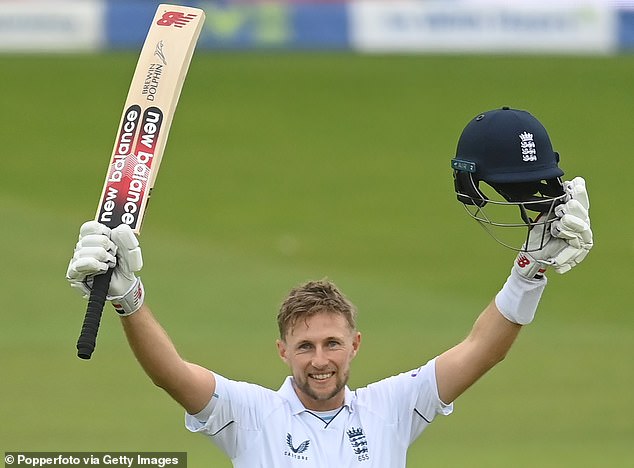 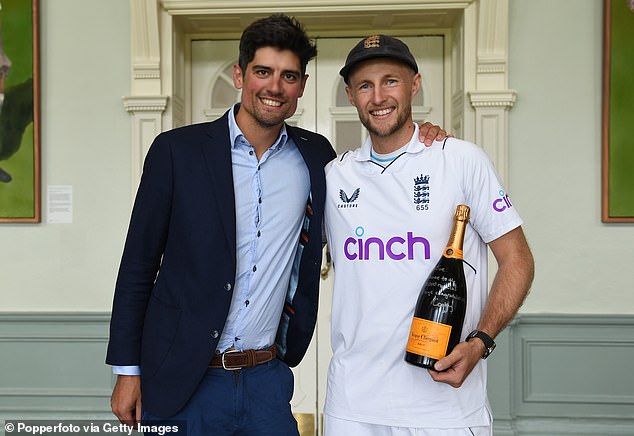 He joined Alastair Cook as the only other Englishman to hit 10,000 Test runs in the process

‘His bat is New Balance, that’s how,’ they posted.

Another stunned observer simply went with: ‘He’s not human’.

Root certainly didn’t bat like a mere mortal in the latter stages of the opening Test of the summer as he hit an unbeaten 115 to guide England to a five-wicket win against the Black Caps.

He has now made nine centuries in the longest format of the game since the start of 2021, and it turns out that he is capable of producing magical moments without the bat as well.