JOE JOYCE will take on heavyweight veteran Alexander Ustinov ahead of the all-Brit clash with Daniel Dubois.

Unbeaten in eight, Joyce will meet the 6ft 7ins giant Ustinov at Stevenage’s ground on May 18 – acting as an undercard bout for Billy Joe Saunders' WBO title fight against Shefat Isufi. 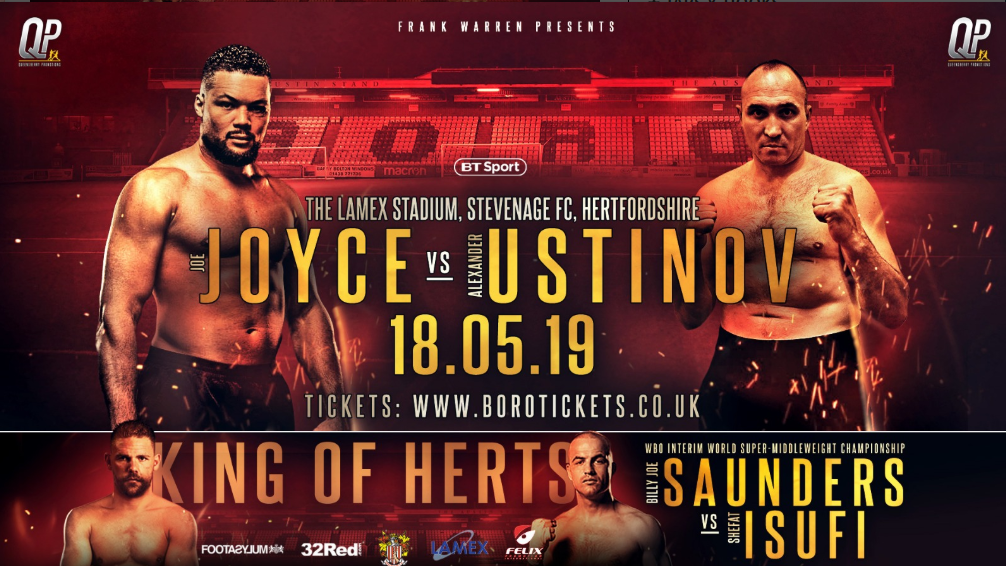 Ustinov, 42, challenged for the WBA “Regular” heavyweight title in 2017, losing to reigning champ Manuel Charr – before returning to the ring in November for a defeat to Michael Hunter.

He also faced Kubrat Pulev and David Tua along with a lengthy kickboxing career, making the Russian a solid test for Rio 2016 Olympic silver medallist Joyce.

However, Joyce has enjoyed a fast-tracked career since debuting in 2017, scoring all eight of his victories by KO – including a six round stoppage against ex-WBC champ Bermane Stiverne in February.

Before Dubois left Ghanian Richard Lartey face down on the floor at the Wembley Arena last week, news broke the 21-year-old and Joyce had agreed terms for a British title fight.

However, Joyce’s manager Sam Jones revealed the domestic punch-up could be shelved as “The Juggernaut” finds himself also mandatory for the European and WBA “Regular” title.

Having picked up the WBA Gold title after halting the out-of-shape Stiverne on the undercard of Chris Eubank Jr’s win over James DeGale, Joyce set up the potential world title shot against Charr.

Joyce is confirmed to be in action again on July 13 – against an unnamed opponent – and boxing fans should be warned the fight with Dubois could be on hold until the 33-year-old has his shot at the WBA’s understudy world title.

Speaking of the Ustinov match-up, Joyce said: “I could have waited until the big fight night on July 13th, but I wanted to keep busy.

“I didn’t want a journeyman, so we chose a giant and former world heavyweight title challenger Alexander Ustinov, who’s only lost three times.

“He is big, awkward and he can punch. My aim is to take him out in spectacular fashion and put on a great show for the fans at the Lamex stadium.” 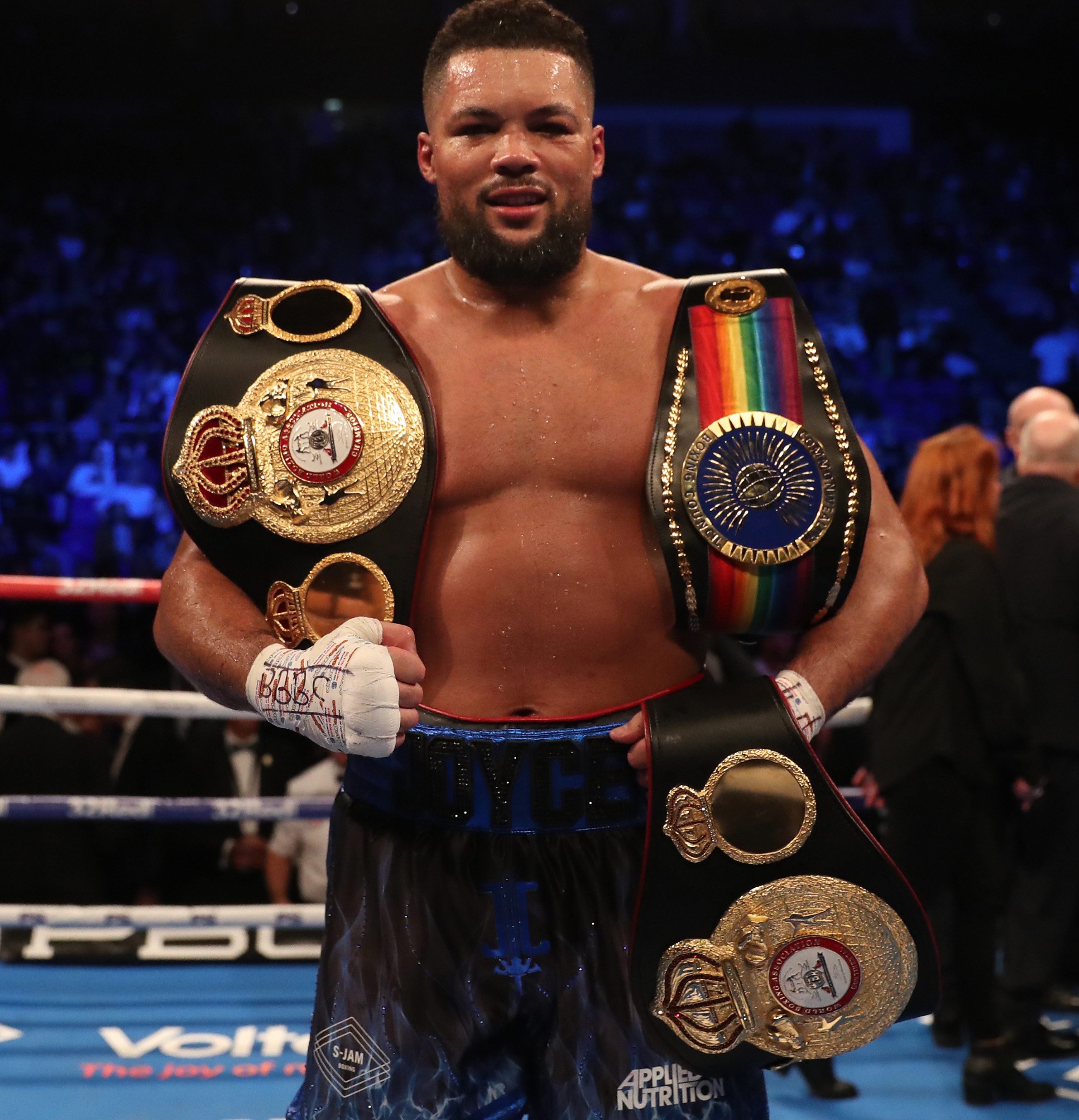 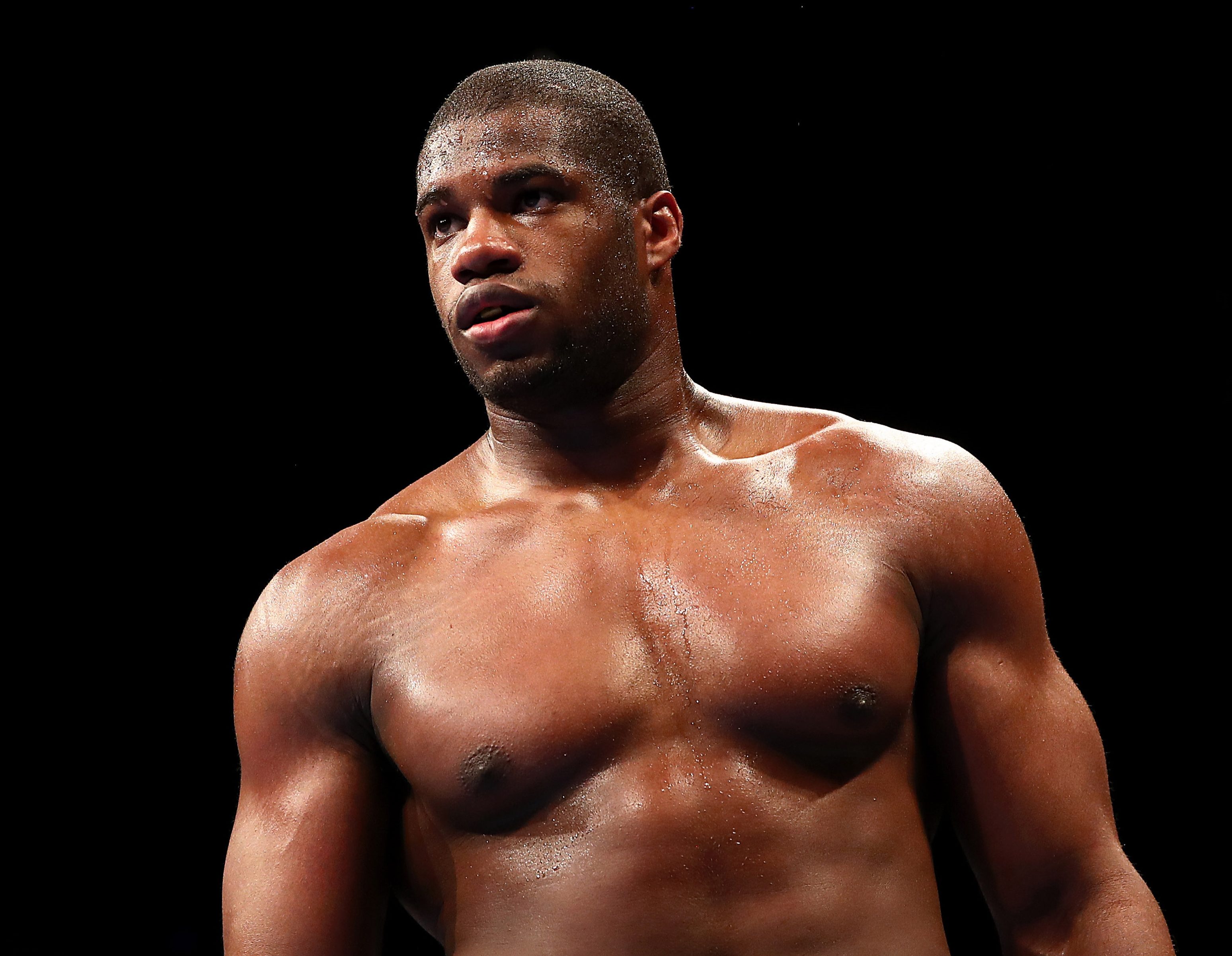