JIM Bolger is back in the big time after his Mac Swiney bagged the final Group 1 of the season at Doncaster.

The legendary Irish trainer hadn’t saddled a winner at the top level in over three years. 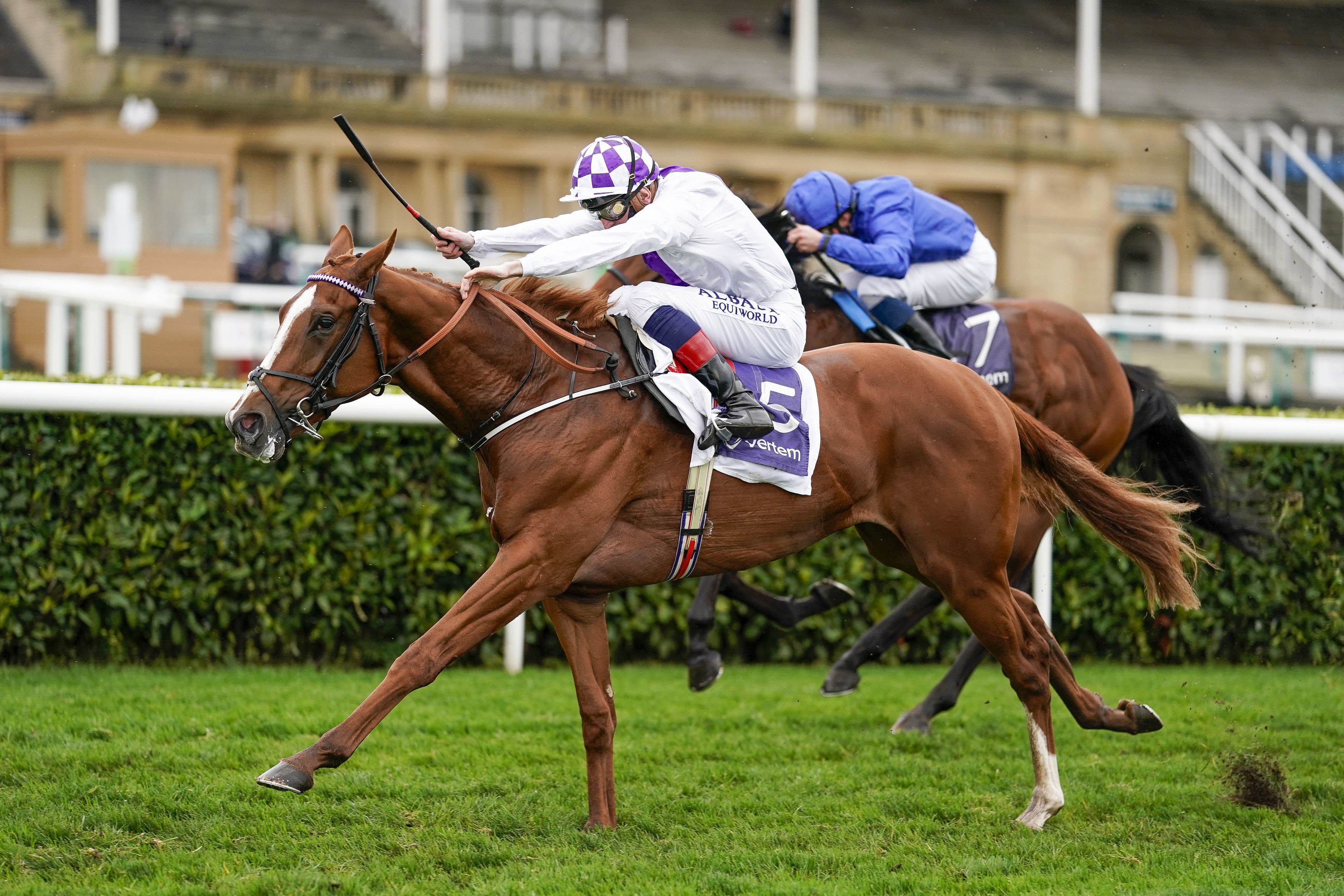 But his 12-1 shot stayed on strongly through the Donny mud to win the Vertem Futurity, galloping into the Classic reckoning in the process.

The race was thrown wide open by the late withdrawal of hot favourite Wembley on account of the testing ground.

Conditions were no problem for Mac Swiney, who glided through the race and fought off One Ruler for a decisive success.

Winning rider Kevin Manning said: "He's done all his running over seven furlongs, but I always thought the further he went the better he'd be.

"He was a little slowly away, but that enabled me to get a position. There was a bit of scrimmagin,g but he was able to hold his corner. He was very switched off and very relaxed.

"He's got a great attitude and didn't fight me through the race, but at the business end he's there when you want him.

"I imagine he'll start off in one of the Guineas, but I think he's a type that the better the race the better he'll go, as he can cruise at good gear and he's probably got more pace than I give him credit for.

"I think he's a horse that when he steps up in trip you can only see the best of him as a three-year-old."

Bolger turns 79 on Christmas day, but he proved he can still come up with the goods on the big days.

Manning said: "It's great to be back winning Group 1s, we've had some wonderful years together and we've been placed in this race before, so this is another box ticked."