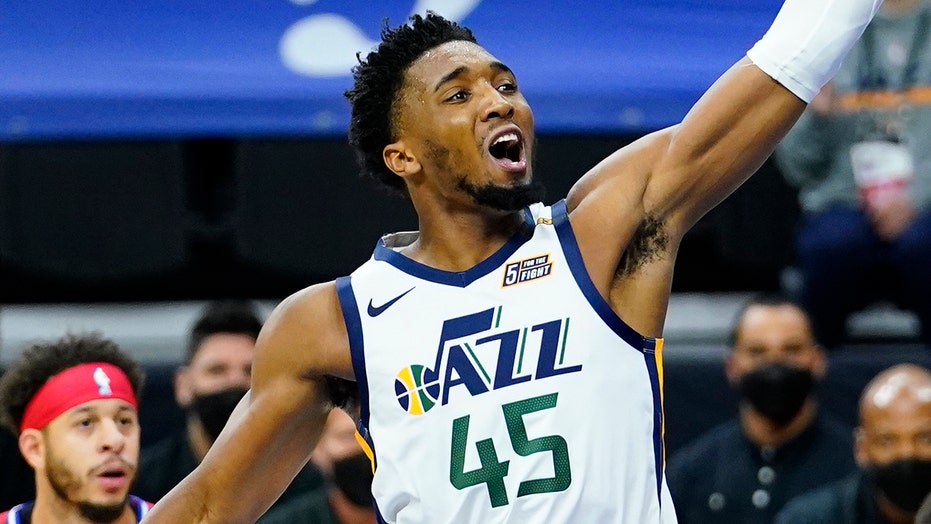 Utah Jazz star Donovan Mitchell was extremely unhappy with the officiating after his team’s 131-123 overtime loss to the Philadelphia 76ers on Wednesday night.

Mitchell, a perennial MVP candidate this season, scored 33 points, grabbed eight rebounds and dished out six assists in 42 minutes. He was 12-for-34 from the field and 5-for-12 from the free-throw line, and he was ejected in overtime after expressing his frustrations with officials.

Utah, as a team, committed 24 fouls, and Philadelphia had 17 fouls. Utah was also assessed three technical fouls in the game.

Mitchell told reporters after the game he felt the Jazz were being “screwed” and cited the “f–king ridiculous” officiating the team had been subjected to.

“First off, you know, give the 76ers credit. They played a hard game. Joel [Embiid] did what he does, and at the end of the day, they’re a good team. We competed. But it’s tough. It’s tough to go out there and see how we fight and compete, and to have a game like that taken from us,” he said, via ESPN.

“We won this game, in my personal opinion. You know? But like I said, I’m going to give them credit. They won. Whatever. Cool. But it’s been a consistent thing, and the question is, ‘Can we do it? Can we sustain it? Are we for real No. 1? And, yeah, the hell we are. And it’s getting f–king ridiculous that this is what is happening,” he added.

Mitchell is sure to earn a fine for his comments.

He did receive some backup from Rudy Gobert, who said his team isn’t getting the same calls and added that he hoped the league felt “ashamed” when they watch the officiating.