JAMIE CARRAGHER has changed his Twitter profile pic to an image of Jimmy Floyd Hasselbaink laughing during the blazing row he had with Roy Keane.

The Liverpool legend and ex-Manchester United captain had viewers in hysterics yesterday as they got into a heated debate regarding Cristiano Ronaldo. 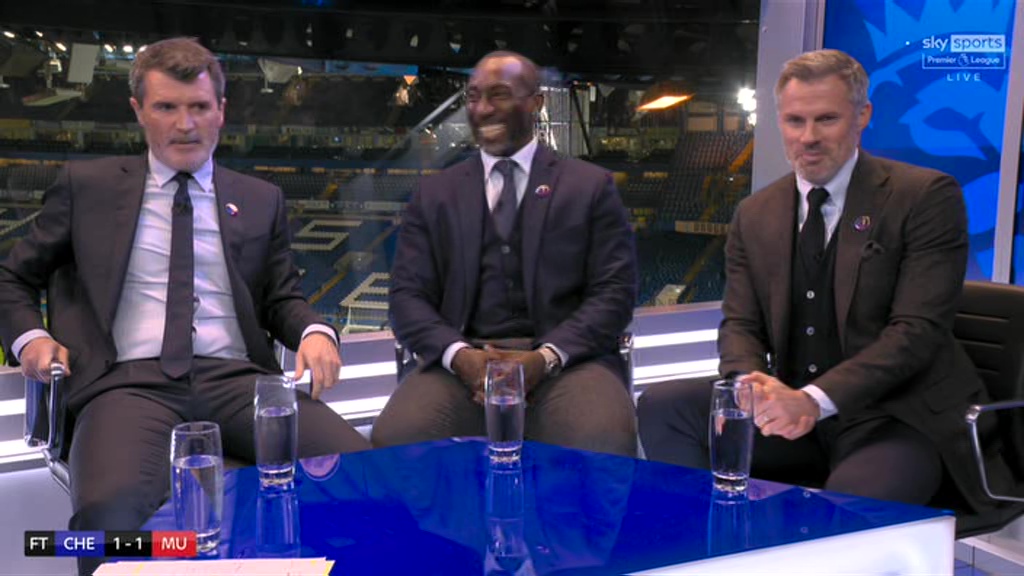 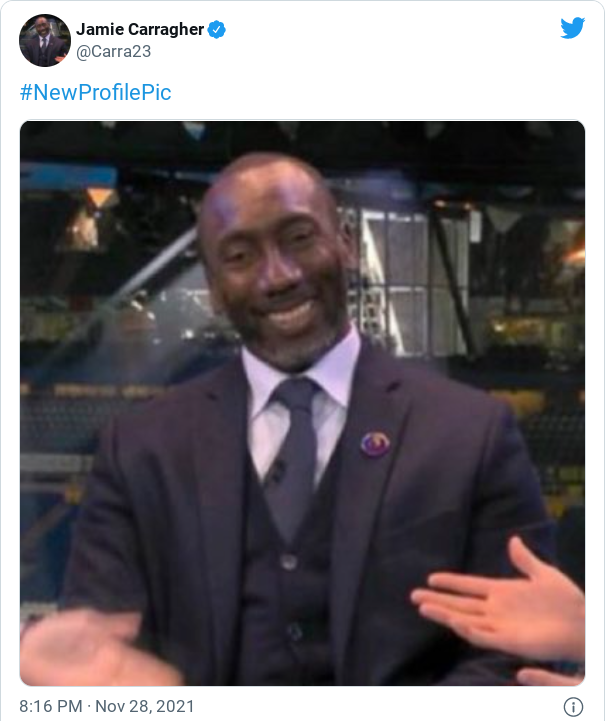 The Portuguese forward, 36, was left on the bench by interim boss Michael Carrick for the 1-1 draw at Chelsea.

Keane and Carragher were debating the importance of winning trophies and whether second place is good enough for a club the size of United.

Keane asked Carragher: “Did you win the FA Cup?”

To which Carragher responded with: “Yeah I did.”

The Irishman then said: “Yeah so go back to winning the FA Cup. They got through to the next round of the Champions League, how much you think that’s worth to the club.

“The Glazers and share prices – that’s what he’s come back for!”

Carragher hit back with: “You finish 2nd and sign Ronaldo at 36 you’re not going to win the League in four years.

Former Chelsea striker Hasselbaink was also a guest in the Sky Sports studio.

And as the back and forth continued between Keane and Carragher, he was spotted sitting in the middle of the pair with a wry smile as he watched them bicker.

Now Carragher has made light of that situation by posting a picture of the awkward looking Hasselbaink smiling on Twitter and captioned it with: “#Newprofilepic.”

Lots of people were still talking about the argument, with Piers Morgan responding: “That was fantastic TV.”

Another viewer replied: “Loved the Roy & Jamie debate over Ronaldo but Jimmy's reaction and body language cracked me up.”

Gary Neville also got in on the fun despite him not being there in the studio.

Keane’s ex-United team-mate shared a clip on Twitter of himself watching the row in hysterics along with three crying laughing emojis. 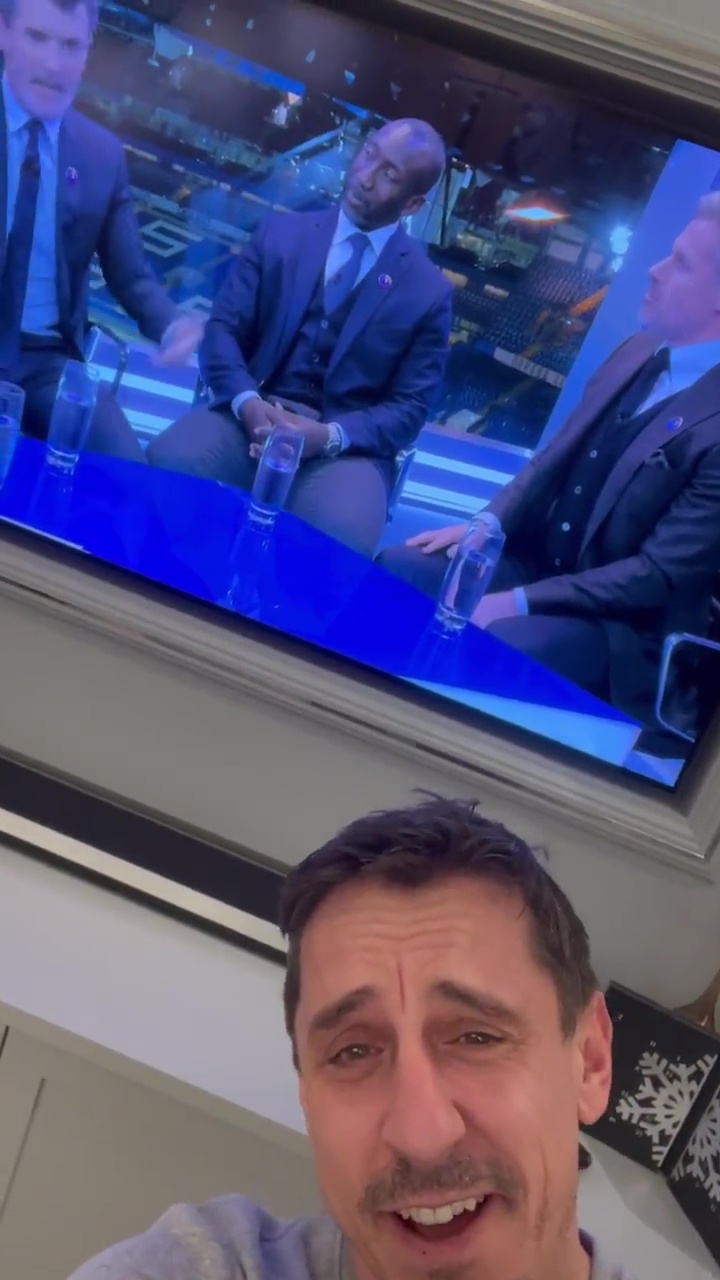