The pitcher the Yankees acquired in a recent trade with the Pittsburgh Pirates is still known as Jameson Taillon. He still stands 6 feet 5 inches and he still throws with his right arm. But he is not the same pitcher he was when he last took the mound.

Taillon’s last appearance came in May 2019, and ended with an elbow injury. His surgeon, Dr. David Altchek, expected to repair Taillon’s flexor tendon, but when the pitcher awoke, Altchek told him it had been worse than originally thought. Taillon had received Tommy John surgery for the second time in his career.

Taillon, still in recovery, resolved that day to become a new pitcher.

“I kind of had like a coming-to-grips moment where I said, ‘My current set of mechanics and what I’m doing isn’t working,’” he said in a conference call with reporters on Monday. “That’s just the cold, hard truth. I need to change something or else my career is going to be over.”

Taillon had what he called a “village” of colleagues and supporters: the Pirates’ medical and training staff and the team’s pitching coaches, as well as visits to the Florida Baseball Ranch, a facility in Lakeland, Fla., that uses diagnostics to improve health and performance. Over time, the pitcher refashioned his windup and delivery.

He has yet to pitch in a game since his surgery in August 2019, but in trading for him, the Yankees showed faith that he would be as good as he was before, if not better. That is why they were willing to send four minor leaguers to the Pirates on Sunday for Taillon, who is 29, but has thrown only 466 innings in the major leagues. 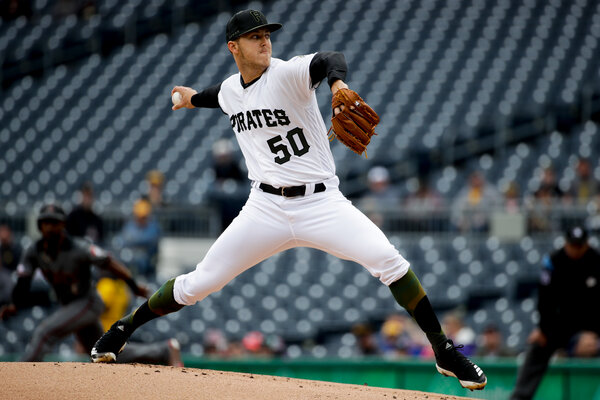 Taillon declared that he was healthy and would be ready for spring training, whenever it starts. He has been throwing off a mound with the goal of preparation, not rehabilitation. He is expected to join a Yankees rotation that will include Gerrit Cole, Taillon’s friend and former roommate with the Pirates, and Corey Kluber, a two-time Cy Young Award winner who agreed to join the Yankees on a one-year deal for roughly $11 million. The rotation is filled out by Deivi Garcia and Jordan Montgomery. That would seem to eliminate the need for Masahiro Tanaka, 32, a free agent.

Those numbers came in Taillon’s time as a pitcher with a long, whippy arm motion. Just the sight of his old motion is enough to turn his stomach.

“I hate seeing videos, the way I used to throw,” he said. “It disgusts me. I love where I’m at now.”

The goal of his mechanical renovation was to take pressure off his elbow by using more leg thrust and shortening his arm path. It took time, he said, but he has adopted the new approach and says it not only protects his elbow, but it has also changed — and, perhaps, improved — the action on several of his pitches.

Taillon said that he now had more spin on his fastball and that his cut fastball had evolved into more of a true slider. He has found his sinker to be less effective, but he still relies on a sloping curveball, having discovered a comfortable grip on his evolving changeup, which gives him the potential for at least five pitches.

“Health is the main goal,” he said, “but I think performance will be a really good byproduct of it.”

As a home experiment last week, Taillon executed his old windup in his house, he said, and found the motion “foreign,” an indication of how entrenched his new mechanics had become.

He underwent his first Tommy John surgery as a minor league pitcher in 2014. He recovered from testicular cancer in 2017 and still made 25 starts that year. Then, while recovering from his second reconstructive elbow surgery in 2019, he drew inspiration from his friend and former teammate Daniel Hudson, who was on the mound when the Washington Nationals clinched the World Series that year.

Hudson also had two Tommy John surgeries, and Taillon was in Houston watching Game 7. Taillon said he grew emotional seeing Hudson prove it was possible to succeed after two such procedures. Now, in pinstripes, Taillon could inspire other pitchers, too.

“The goal was never to be a role model or inspiration for other players who have endured two Tommy John surgeries,” he said, “but if I could prove to people that, hey, the second Tommy John fits me and made me healthy. Why can’t I be better than before, if I’m actually healthy now, which I feel like I am.”

In a trade between rival clubs, the Yankees sent relief pitcher Adam Ottavino and the minor league pitcher Frank German to the Boston Red Sox, for either a player to be named later or cash considerations. Ottavino pitched two seasons for the Yankees and was the first Yankee to wear No. 0.

The last time the division rivals exchanged players was when the Yankees picked up Stephen Drew from the Red Sox for Kelly Johnson in July 2014.