Everybody wants a piece of Jake Paul.

The YouTube star has been drawing interest after his knockout victory last weekend against former NBA guard Nate Robinson right before Mike Tyson and Roy Jones Jr. battled in their exhibition bout.

While Paul has his mind focused on the big fish in the fight game, boxer-turned-mixed martial artist Claressa Shields added her name to the list of people who want to get into the ring with Paul.

Shields told TMZ Sports on Saturday she would “beat the s–t out of him.”

Shields, at 10-0, is considered to be among the top female boxers in the sport right now. She recently signed a deal to participate in the Professional Fighters League, taking on a new challenge in a different sport. 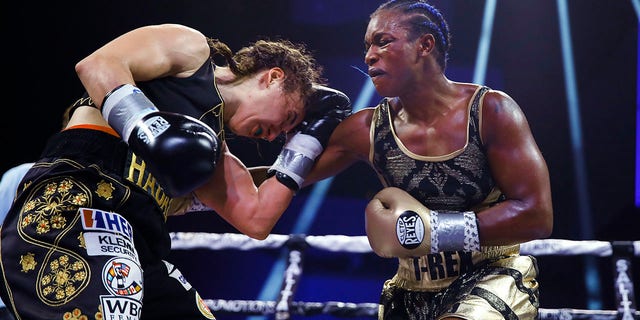 However, she believes that Paul would lose to a professionally trained boxer.

“Jake Paul is making his money, he's doing his thing, but stay away from us real fighters,” she told TMZ Sports. “And anybody out there that say 'Oh, Jake Paul will destroy her because she's a woman', … I'm the greatest woman! So, no, Jake Paul won't do nothing with me and if he think he can, he can come see me.”

Shields said she’s willing to get into the ring with Paul and whatever money is made from the fight she would donate to help the water crisis in her hometown of Flint, Mich.

She’s set to make her debut with the Professional Fighters League next year.